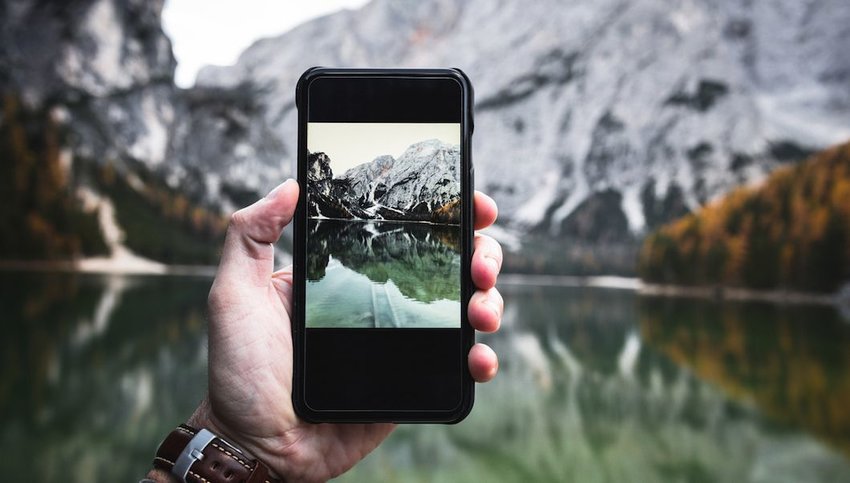 Your Guide to Smartphone Photography

Smartphones conveniently allow travelers to edit and share photos of their journey from wherever they are. Lightweight and portable, an increasing number of travelers are ditching their traditional cameras in favor of their smartphone. With megapixel counts on smartphone cameras steadily surpassing point and shoots, it’s possible for even novice photographers to capture memories from abroad in high definition. Here's a few tips for how to get started using your smartphone to take incredible travel photos.

In photography, timing is everything. Schedule your visit to that temple or the viewpoint at the top of the hill for sunrise or sunset when the light is soft, giving your photos an ethereal glow. Golden hours allow you to create silhouettes and longer shadows for more powerful images, and visiting popular sights outside of peak hours means you’re more likely to have the place to yourself. Take advantage of the empty landscape and move around, exploring different perspectives.

Know Which Camera to Use

The front-facing camera developed for those popular selfie shots is not as high quality as the rear-facing one, producing lower resolution images. Generally, front-facing cameras absorb lower light, so in environments with dim lighting like a romantic restaurant, opt for the rear-facing camera. If you still want a selfie, use the front camera as a guideline for framing the image, then switch to the rear one by tapping the camera icon on your screen. Allow your smartphone enough time to autofocus, and you can even set a timer for posing before snapping the image.

There’s little reason to zoom on a smartphone. Smartphone cameras aren’t equipped with the same optical lenses as DSLRs, and because they lack the space and mechanics for lens movement, zooming on a smartphone will produce grainy images. Instead, capture the scene in full, or physically get as close to the subject as possible, and crop the image after you’ve taken it. If zooming is a feature you tend to use often on your smartphone camera, consider purchasing a clip-on zoom lens so you don’t have to sacrifice resolution.

Bring focus to your image by finding a focal point. Adjust the light while keeping your subject in focus by tapping the focal point on your screen before snapping the image. Instead of a landscape photo of the Costa Rican rainforest, search for wildlife tracks in its wooded trails, parakeets in the treetop canopies and patterned leaves that carpet the rainforest floor to focus on. If you’re prone to shaky hands, keep your image sharp by steadying the camera with both hands and holding it close to your body, or by propping it on a solid surface and setting the timer.

Capture the sea of motorbikes whirring past the streets of Hanoi, or the brightly-painted chicken bus packed to the brim with locals and market goods whizzing down the cobblestone lanes of Antigua. Here's where burst mode comes in. By holding down the shutter button on your smartphone, the camera captures 10 frames per second, allowing you to snap the perfect image of the subject before the fleeting moment disappears. Ideal for busy scenes and action shots, burst mode provides you with a series of photos in your camera roll that can be revisited later to select your favorite shots.

Add depth to your landscape shots by incorporating foreground elements from your surroundings. Include the boats that race across Guatemala’s picturesque Lake Atitlan, hemmed in by the jagged peaks of mountains and volcanoes to provide the viewer with a sense of scale. Prevent photos from looking flat by combining components from the foreground, midground and background, or include yourself in the photo if those elements are unavailable.