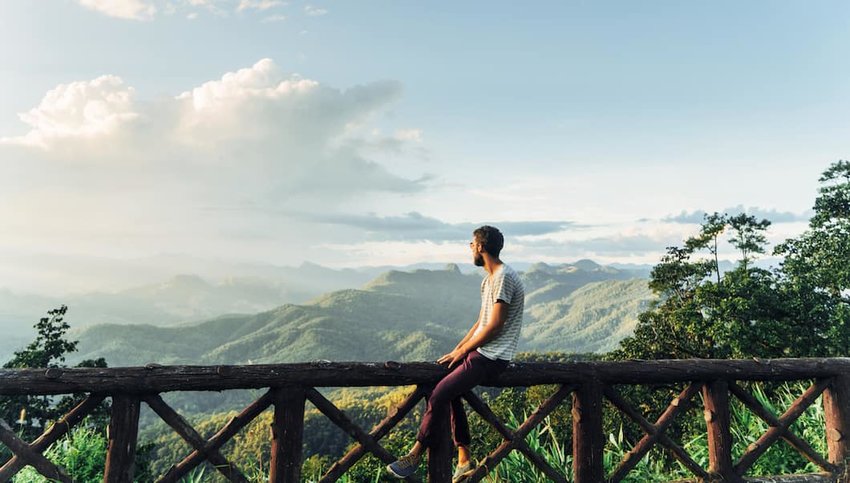 Why You Should Travel Without a Smartphone

When your smartphone is your credit card, GPS and camera, it’s hard to leave it behind, especially when exploring a foreign destination. No matter how far you go, you can still remain connected 24/7. Traditionally, holidays are for unplugging and resetting, though it seems the modern travel culture is infatuated with capturing the perfect Instagram from their current destination and sharing it with the world or staying up to date with everything going on at home. Leaving your phone behind may seem absurd, but in action it could surprise you with its many rewards.

While reveling in the salsa tunes of a live band at La Floridita, a wildly popular cocktail bar in the center of Havana, a stream of tourists from Korea entered the establishment, uniformly walking the perimeter of the bar with selfie sticks held high. Taking in the environment through the videos they were recording on their smartphones, they proceeded to file out of the venue, ending their brief cameo at the famed bar without sipping one of Hemingway’s favorite daiquiris or moving to the music that is the soul of Cuba.

Rather than being checked out, traveling without a smartphone encourages you to be present in the moment and to experience the sights and sounds of your surroundings free of distraction. After all, why did you pay money and travel so far around the world if not to enjoy the moment?

Be Your Own Judge

Modern travel has enabled us to conduct extensive research on a destination’s best attractions before we arrive. We spend hours researching in order to ensure we taste the most authentic pizza in Naples, the fluffiest beignets in New Orleans, and the most slurpable bowls of ramen in Tokyo. We feel the need to avoid an unpleasant experience or meal at all costs and consequently, all of our moves abroad have been pre-approved by the Internet. However, approaching locals in a destination for their expertise is a different experience than combing incessantly through reviews on TripAdvisor, then comparing those to Yelp’s.

Instead of curating an entire experience from review platforms, enter a local favorite eatery without being clouded with preconceived opinions. Ask the locals you meet what their favorite things to do are or where they head when the sun goes down. Instead of sitting in front of the Trevi Fountain searching for the best gelato nearby, grab someone and ask. Not only will you find hidden local gems but you'll meet some great people along the way.

My routine at home after a day of work would be to scroll through AskReddit or Facebook for a few hours after plopping myself on the couch in front of the TV. But with only a single WiFi hotspot in the village of Padampokhari in the south of Nepal, equivalent to the cost of five samosas for an hour of connectivity, I decided to disconnect for eight weeks in favor of food. Each afternoon, I walked 40 minutes on the dusty dirt paths home after my placement at Annapurna Secondary, and joined my host mom and neighbors on our front stoop for conversation about our day. Then I strolled past the single story brick homes of the village and rode bicycles and made kites with the children by tying string to the handles of plastic bags. Being away from my phone allowed me to build stronger connections with the people of Padampokhari and the village itself.

Traveling without a smartphone pushes you out of your comfort zone by encouraging you to interact with the people around you instead of turning to your screen for instant gratification and familiarity. It allows to you build real connections and hone your social skills. Gain a new perspective of the destination you're visiting by engaging with the people who know it best.

Sometimes It Can’t Help You

Preparing to explore the sprawling souks of Fes, I sat on the couches in the common area of my hostel, and opened up Google Maps on my phone to download an offline version for easy navigating. A staff member walked by, glimpsed my screen, then matter-of-factly stated, “Not even Google Maps is going to save you, the souk is made of 9000 alleyways.” I stared blankly at him, believing in the power of the Internet. But as I lost myself in the labyrinth of narrow footpaths of the souk, I discovered that he was right.

Explore a destination the old school way. Losing your digital map means you’ll be guided by your curiosity and wandering without boundaries. You’ll also be traveling local because you’ll likely have to approach residents to ask for directions, experiencing the city in their eyes instead of what your phone tells you.