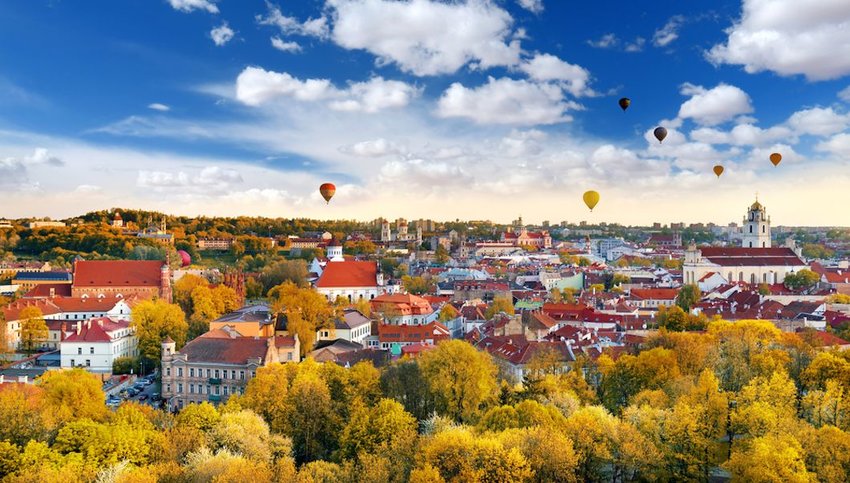 7 Reasons Why You Should Visit Lithuania

Whether you focus solely on Lithuania or combine a visit with the country's Baltic neighbors Latvia and Estonia, this beautiful corner of Europe deserves your attention. While many tourists concentrate on the capital Vilnius and neighboring Trakai Castle, there’s much to be said for spreading your wings and spending at least a few days on the coast. Intrigued? Here are seven reasons why you should visit Lithuania.

Explore the Old Town of Vilnius

Vilnius has one of the largest and most charming old towns in Europe. Centuries ago, it was a fortified city encircled by walls with access from nine gates. Today, just one gate remains ⁠— the Gate of Dawn. The chapel in the Gate of Dawn contains an icon of the Virgin Mary and many pilgrims come to place offerings. The city has many compelling museums, including the Museum of Genocide, which is housed in what was once a KGB prison. It’s also worth climbing to the Gediminas Tower, which houses the National Museum of Lithuania for the panoramic views it affords across the city.

Trakai, an easy excursion from the capital, actually has two castles that need to be added to your castle bucket list. Both castles on Trakai Peninsula and Trakai Island date from the mid 14th century, however it’s the island one that draws the biggest crowd thanks to its dramatic setting. Reaching this restored castle is easy; a wooden bridge spans Galvė Lake, though there are boats for hire as well. Sailing and kayaking competitions are sometimes held and in winter when the lake freezes solid, you’re likely to see ice fishing.

Lithuania was part of the Soviet Union until it regained its independence in 1990. While the Russians were in charge, many statues and sculptures were commissioned to commemorate the contribution made by the likes of Lenin, Stalin, and Marx. These days, you can find many such works in Grutas Park, an open-air museum created by mushroom magnate Viliumas Malinauskas near the town of Druskininkai. Whatever your political preferences are, it’s an interesting place to spend a couple of hours.

Climb the Hill of Crosses

No one can really agree on how Lithuania’s Hill of Crosses came about. For over two centuries, people have been placing wooden and metal crosses on a hill just outside the northern city of Šiauliai. It’s possible that relatives of those who lost lives rebelling against the Russian regime in the middle of the 19th century originally placed crosses here. It’s also thought that others were erected at the end of the 19th century after the Virgin Mary appeared on the hill carrying the baby Jesus. No matter how the site originated, the sight of thousands of crosses in one place is a powerful image, one which draws tourists and pilgrims alike from across the globe.

Discover the Fishing Heritage in Nida

UNESCO protects the Curonian Spit, not just for its incredible dunes, but also for the fishing villages that were swallowed up by the sand over the centuries. Some of the ancestors of those displaced found themselves in the pretty village of Nida, the main center for tourism on the Spit. There’s plenty of evidence of the impact the sea had on this tight-knit community. Be sure to take a peek inside the traditional fisherman’s cottage that’s been turned into an engaging museum. Take a close look at the unusual wooden weathervanes that stand beside the lagoon. Each carefully-carved part tells a little about the family to whom the weathervane belongs.

There are many reasons to catch the ferry over to the Curonian Spit, but Juodkrantė’s Hill of Witches is one of the best. This well-marked trail leads up a gentle hill through the forest, but it's no ordinary woodland walk. Lining the path are around 100 quirky wooden sculptures that depict fairytale creatures and even the devil himself, which is a nod to Lithuania’s rich folk and pagan heritage. Local artists have carved seats and benches by hand and there’s even a slide and seesaw for kids to play on.

Northern Europe’s not the obvious choice for a beach holiday thanks to its chillier climate. Nevertheless, there’s still something invigorating about a walk along the shoreline with the wind in your hair. Palanga’s the best of Lithuania’s resort towns. J. Basanaviciaus Street is where you’ll find most of the town’s bars, restaurants, and cafés. It leads to a broad wooden pier which faces out onto the Baltic Sea and includes access to a marvelous beach. Keep your eyes peeled for amber since it gets washed up with the tide. Find a piece large enough and it will pay for your vacation. If not, take a stroll to the 19th century Palace of Count Feliks Tyszkiewicz, where you’ll find a fascinating museum devoted to this attractive resin.