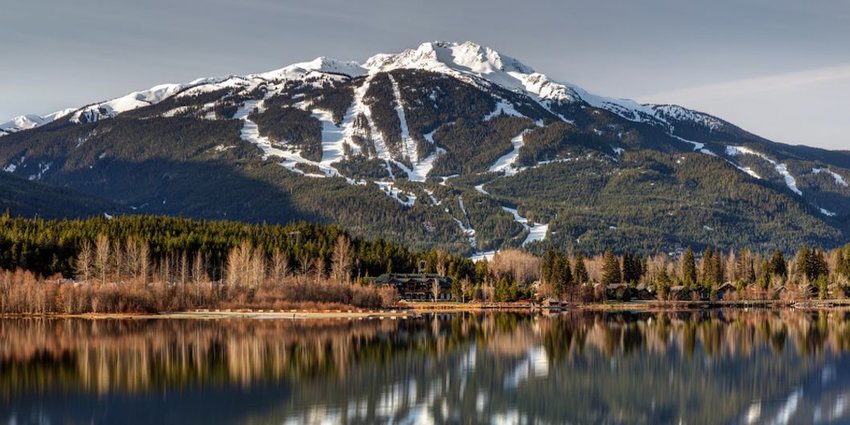 Vacationing for Thanksgiving? Here's Where You Should Go

As one of America's favorite holidays, Thanksgiving is a time for many to gorge on oven-roasted turkey, grandma's traditional bread stuffing, and classic pumpkin pie. But with the mild fall weather and extended days off from work and school, this long weekend is also an enticing invitation to escape from the usual holiday rituals. If you'd rather skip town this year, consider these short Thanksgiving getaways.

An island brimming with natural beauty, Maui is the ultimate Thanksgiving escape for nature lovers. Witness sunrise at the summit of Haleakalā Crater at Haleakalā National Park and contemplate its otherworldly volcanic landscape. Budget a day to navigate the hairpin turns on the iconic Road to Hana and discover the island’s natural gems, like the black sand beach at Wai’anapanapa State Park, the sleepy town of Hana, and the picturesque Seven Sacred Pools. Because Maui experiences year-round pleasant weather, it’s possible to turn your Thanksgiving getaway into a warm, beach escape by laying on the golden sands of Keawakapu Beach or any of the island’s other sun-drenched beaches.

Situated along the Mississippi River in Louisiana, New Orleans is widely recognized for its vibrant nightlife and exquisite culinary scene. Slurp fresh oysters at happy hour, sample pillowy beignets at the city’s iconic Café du Monde, and indulge in traditional creole and cajun cuisine before washing it all down with a Hurricane, a rum-based cocktail invented in the French Quarter bar, Pat O’Brien’s. Ride the St. Charles Streetcar to the Garden District and tour the elegant Greek Revival-style mansions in a neighborhood that has made a number of appearances on TV shows and in Hollywood films. Budget enough time to shop the chic boutiques and antique shops along the Garden District’s Magazine Street. As the birthplace of jazz, visitors to New Orleans must experience its passionate music scene and dance to live jazz performances at the local favorite venue, the intimate Spotted Cat.

Want a romantic Thanksgiving with your S.O.? Asheville definitely fits the bill. This picturesque city is made more stunning by fall foliage that lights up the numerous hiking trails that snake their way through the surrounding mountains. Pull on a parka and hike to waterfalls and through forests, or hop in the car and drive the Blue Ridge Parkway for stunning views. See if you can snag a ticket to Thanksgiving dinner at the Biltmore Estate for a fancy feast you won't soon forget.

Experience a festive Thanksgiving in New York City this year by joining the thousands of spectators at the city’s 93rd annual Thanksgiving Parade. Taking place on Thursday, November 28, the grand procession will kick off at 9 a.m. from 77th St and Central Park West and end at noon at Macy’s flagship store in Herald Square. Wake early and snag a viewing point at Central Park South and Sixth Avenue and watch as Broadway performers, celebrities, and giant Pikachu and Spongebob Squarepants helium balloons parade their way through Manhattan. Then ring in the holiday season by indulging in some Black Friday shopping at your favorite stores.

As a popular summertime destination for its vast network of rugged trails that highlight British Columbia’s pristine wilderness, Whistler remains an equally popular wintert getaway for its fresh powder and over 8,100 acres of world class ski and snowboard runs. Take the 75-mile drive from Vancouver on the scenic cliff-hugging Sea to Sky Highway, enjoying sweeping views over the Howe Sound and a number of opportunities to witness orcas and eagles in action along Canada’s Pacific Coast. The ski season officially begins at the end of November, so winter sports enthusiasts should splurge on a lift ticket that will grant access to both Whistler and Blackcomb peaks. For a more laidback activity, immerse yourself in the Scandinavian baths of Scandinave Spa and rejuvenate with a full-body Swedish massage or relaxing soak with views of snow-capped mountains. Spend your evenings experiencing the pulsing nightlife at Whistler Village by sipping a cocktail by the cozy fireplace at Buffalo Bill’s or join the locals on the dance floor every Thursday at Garinkel’s Locals’ Night.

For the outdoorsy looking to swap frenzied Los Angeles for some tranquility during Thanksgiving weekend, Joshua Tree National Park is situated three hours east of the city and makes an ideal getaway. By day, explore the park's 794,000 acres of stark desert landscape carpeted with bristled Joshua trees. Designated as a certified Dark Sky Park in 2017, visitors to Joshua Tree will delight in a session of stargazing on a clear and moonless night. Boasting the darkest skies in the park, pitch a tent at the Cottonwood Campground and sleep beneath countless stars in the California desert.