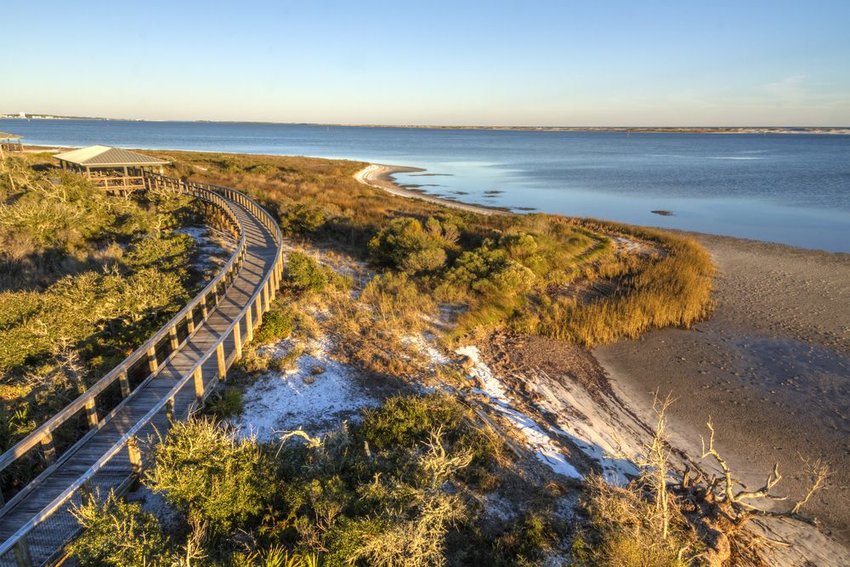 Where to Get Outdoors This Holiday Weekend

When we think of Thanksgiving, an image of family and friends sitting around a large table eating turkey and pie until we’re about to burst is what usually pops into our minds. Watching football and scouring the mall or the internet for Black Friday deals are two of our favorite Thanksgiving traditions. Thanksgiving, which President Abraham Lincoln officially proclaimed a U.S. national holiday in 1863, tends to be spent indoors. This year, you can change things up and get outdoors for some fresh air and maybe even a little exercise. Even if you live in a cold climate, you can find fun things to do outdoors over the Thanksgiving holiday.

If enjoying a picturesque hike is more your speed, you can find plenty of places where the whole family can get outside and enjoy the autumn air. To see frozen waterfalls, bundle up and head to Minnehaha Falls in Minnehaha Regional Park near Minneapolis. If you seek warmth and sun, then Arizona’s McDowell Sonoran Preserve near Phoenix is the place to go with 225 miles of trails of varying difficulty. If you find yourself in Florida over Thanksgiving and you want to see alligators, incredible ecosystems, and beautiful birds, check out the 1,300-mile Florida Trail. It starts in the panhandle city of Pensacola and meanders east until it hits north-central Florida, then bends south all the way to the Everglades. Thanksgiving is too late to catch fall’s stunning foliage in most of the U.S., but you might spot a few lingering leaves in F.D. Roosevelt State Park about an hour south of Atlanta. Explore its 40 miles of trails that wind through hardwoods and pines, over creeks, and past small waterfalls.

Recreational outfitter REI started a trend in 2015 to encourage us to ditch the mall and get outside on Black Friday. Instead of managing an onslaught of Black Friday shoppers, REI closes its stores and gives employees the day off. The trend has taken off and now 700 organizations and seven million people are choosing to #OptOutside on Thanksgiving Day.

This year, REI and two partners are hosting outdoor cleanup events starting on November 11 through November 29 in 10 cities across the U.S. including Seattle, Denver, San Diego, Jacksonville, Austin, San Francisco, Philadelphia, Colorado Springs, New York City, and Phoenix. You can sign up for one of the scheduled events or host one of your own. The idea is to find an area in your community such as a park, creek, trail, or any shared outdoor space that could use tidying up. You can buy a cleanup kit from REI’s partner United by Blue for $10 that includes an “Opt to Act” bandana.

While sitting on a train isn’t technically being outside, it meets the goal of avoiding the holiday shopping madness. You can find holiday-themed train rides in several communities. Some are geared more toward children, but are still enjoyable for all ages. If you’ve ever wanted to cut down your own Christmas tree, there’s no better way to do it than to take a ride on the Christmas Tree Train. This narrow-gauge train runs between Durango and Silverton, Colorado and partners with a San Juan National Forest Ranger District. During a few days around Thanksgiving, the train stops in Cascade Canyon and passengers can get off and cut down a tree, which reduces wildfire risks. If you don’t need a tree, the train also runs a Polar Express™ holiday train from mid-November until just after New Year’s. For a complete list of branded Polar Express™ rides, check out RailEventsInc.

The Chicago Transit Authority runs a decorated Holiday Train complete with Santa, his reindeer, and sleigh. More than just a holiday-themed train ride, the train delivers food baskets to charities in the area and runs from just before Thanksgiving up until just before Christmas. If you’re in the Dallas area, kids will love the Grapevine Vintage Railroad’s North Pole Express. Santa's elves will greet you with a Memory Mug of Frosty Chocolate Snow Milk as you climb aboard. Once you arrive at the North Pole, you can stroll through Santa’s Workshop and see a Broadway-style Christmas performance.

For a scenic holiday-themed train ride, the Blue Ridge Scenic Railway Santa Express takes you on a one-hour trip through Georgia’s mountains. You’ll get to visit with Santa and hear Christmas songs and stories. If you don’t need a visit with Santa to enjoy the holidays, consider New York City’s Holiday Nostalgia Train. Each year, the Metropolitan Transportation Authority and the New York Transit Museum roll out decorated vintage trains from the 1930s and 1970s. You’ll fit right in if you dress in a period costume as many passengers arrive decked out in their finest. American Rails has a list of holiday-themed train rides around the country, so you can check to see if there is one in your area.

Communities across the U.S. host races every Thanksgiving Day, but most are during the morning before the big feast. Some are full marathons, but the majority are 5Ks (a little over three miles). Running a Turkey Trot has become a holiday tradition with more than a million people participating in about 1,000 races each year in the U.S. Thanksgiving is now the most popular day of the year to run in a race. Many races support a charity, but others are just for fun.

The Dana Point Turkey Trot in Dana Point, California is one of the most scenic races since the course runs along the coast. The Buffalo YMCA Turkey Trot in Buffalo, New York is one of the oldest races and started in 1896. Another legendary race is the New Orleans Athletic Club Turkey Race in its 112th year. If running in a turkey costume sounds like fun, check out San Francisco’s Turkey Trot, which takes place in the lovely Golden Gate Park. If having a craft beer at the end of your race will help you run faster, then Denver’s Mile High United Way Turkey Trot is for you. If you want to run where the first Thanksgiving took place, head to Plymouth, Massachusetts for two races — the Plymouth Turkey Trot and the Running of the Pilgrims 5K.