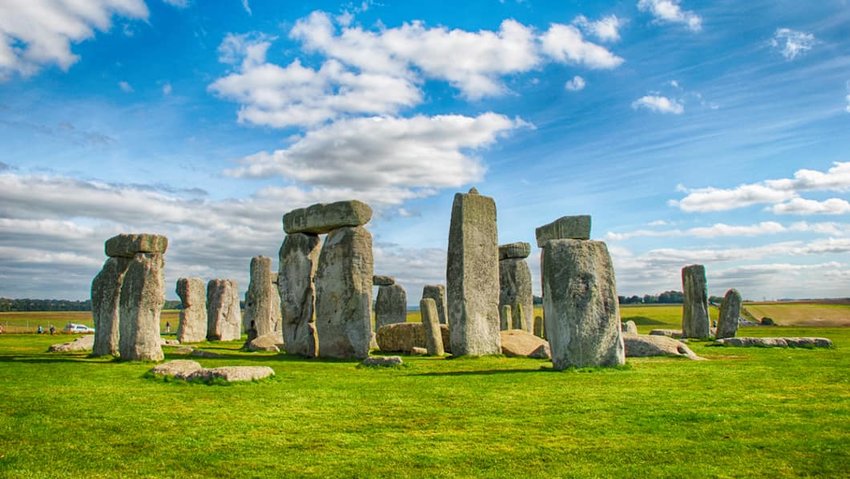 Where to Celebrate the Spring Equinox

The spring equinox, aka the vernal equinox, is that day of the year when the sun sits directly over the equator and all over the world, day and night are equally long. In the Northern Hemisphere, it’s the first day of spring and usually falls on March 20th or 21st. People all over the world celebrate this event in many different ways. Some celebrations are tied to religious beliefs, while others signify the rebirth of nature. No matter the reason, we'll never turn down a reason to celebrate. We have found the best ways to pay homage to this special time of year by exploring where to ring in the spring equinox.

Towering over Mexico's Yucatán Peninsula are the world-famous Mayan architectural relics of the Pyramid of Kukulcan, or El Castillo. This geometric structure was built between 800 and 900 A.D. to honor the feathered serpent god in the ancient city of Chichén Itzá. The pyramid was built so precisely that during the spring equinox, the sunlight produces shadows that give the illusion of a serpent ascending and descending the side of El Castillo's staircase. Need more proof that it was built with the seasons in mind? Each face has a stairway with 91 steps, which together with the step at the top, total 365, the number of days in a year. So, head south of the border and enjoy the festivities with the locals who party after the serpent climbs down the staircase by releasing butterflies and feasting on local goodies.

Head to Angkor Wat to catch a glimpse of one of the largest temples in the world. The temple complex in Siem Reap is worth a trip year-round, but it's especially amazing during the spring equinox. The 900-year-old structure was built so precisely that, on the day of the spring equinox, the sun rises exactly over the top of the central tower of the temple. You won’t be alone to witness this awe-inspiring spectacular event. Tourists come from all over the world to witness this impressive solar alignment. Once the event concludes, you'll be left marveling at how the architects of the temple could design something so precise without the help of modern technology.

Travel to southern England for a one-of-a-kind spring equinox experience. Stonehenge ranks among our planet’s most iconic archaeological sites and one of its great divisive mysteries. The 5,000-year-old megalithic circle continues to be awe-inspiring and fascinating because the Britons who built it left no written record. Was it built as a holy site or was it a scientific observatory? Was it built by Merlin of Arthurian lore or did UFO’s use it as a landing site? No one has the answer, but each March 20th, visitors flock to the Salisbury Plains to catch the sunrise above these majestic stones.

In Iran, they kick-off the spring equinox by celebrating a fortnight-long Persian festival called Nowruz—a time of rebirth. Nowruz has roots in the ancient religion of Zoroastrianism, a predominant religion in Persia thousands of years before Islam came along. Nowruz also marks the Iranian new year and on the day of the equinox, Iranians prepare the Haft-Seen table (an arrangement of seven symbolic items whose names start with the letter sin in the Persian alphabet) and it features a variety of foods that symbolize beauty, good health, patience and prosperity. Spring flowers and sprouting seeds are also on display to represent rebirth. People will also do some “spring cleaning” as well as fix broken items and repaint their homes.

To almost all Indians, the Hindi festival of Holi, or the “festival of love,” is one of their most revered and honored festivals and celebrated in almost every part of the country. Holi is a time for people to unite to forget all resentment and bad feeling towards each other. Holi also celebrates the arrival of spring on March 21st and lasts for a day and a night. In this joyous festival, revelers throw vibrant colored powders at one another and then throw water over each other to celebrate fertility and love. Beware, they also burn wood and dung cakes to symbolize the triumph of good over evil, so expect some strange smells at the celebration!