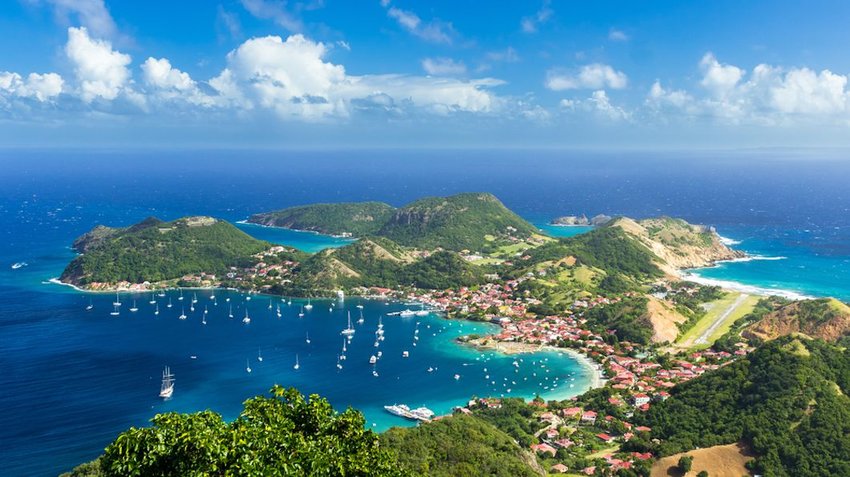 Where the French Go for Summer Vacation

It’s always interesting to learn about travel from another country’s perspective. Where are the favored destinations and why? Can a nation’s holidaymakers unlock the secrets to hidden gems that overseas travelers just don’t know about? Here are a few pointers to where the French go for summer vacation.

An estimated 75% of French people holiday at home, and with a country that offers so much variety, that’s hardly surprising. Top picks for domestic travelers highlight some of the country’s many beautiful coastal regions, like Brittany in the northwest. To holiday with locals, try peaceful Ile de Ré, the island off the Atlantic shore once favored by King Henry IV. Foodies will be impressed by the quality of the fresh produce — try the freshly-caught clams and oysters. More active vacationers will love cycling the routes between harbor villages and checking out the island's golden beaches.

As you might expect, popping next door for vacation is just too convenient to resist and as such, a significant number of French holidaymakers opt for Spain. As at home, there’s a fondness for the beach, with Spain’s long Mediterranean coastline and hot, sunny weather a big draw. Those living on the French side of the Pyrenees often cross over as well to explore quaint Catalonian villages like Puigcerda and Besalú.

Neighbor Italy is another popular choice. In summer, the French spill across the border onto the Italian Riviera, hiking Cinque Terre and filling the cafés of cities like Milan and Turin. But they also flock to Sardinia for beaches, water sports and top-class hotels. You’ll also find the French – like many others from across the globe – in many of Italy’s historic gems, such as Florence, Rome and Venice.

France has five départements d'outre-mer (or overseas departments). Though they enjoy varying degrees of autonomy, they’re still represented in the French parliament and follow many of the same governing laws. Two of these departments are located in the Caribbean — Martinique and Guadeloupe. Unsurprisingly, these islands attract a high proportion of French visitors, drawn by the heady mix of the familiar French and unique local cultures. Oh, and did I mention the beaches are fabulous?

The island of La Réunion, located in the Indian Ocean, is another overseas department. Major tourist attractions include the lush forests and tumbling waterfalls of the volcanic interior, as well as the coral reefs which protect its idyllic beaches. Adventurous French hikers tackle the Piton de la Fournaise, a scalable active volcano rising over 2500 meters from sea level, the extinct volcano Piton des Neiges and the island’s calderas.

Tunisia and Morocco, once French colonies, retain the language and as a result make for an easy traveling experience. Compared to Europe, these North African nations offer excellent value for money, yet the food and atmosphere are top notch. The beaches of Tunisia and characterful Moroccan cities such as Fes and Marrakesh draw a French crowd keen to immerse themselves in an environment that is so different from home and yet so close by.

Much of West Africa is francophone but sadly, many of the most fascinating countries within the region are unsafe for foreign visitors at present. Senegal is one joyous exception. This vibrant country has a thriving music scene and the food’s amazing. The charming town of St Louis is the gateway to the birdlife of Djoudj National Park while the compelling slave history of Gorée is a short boat ride from the capital Dakar.

I remember/ That born under the lily/ I grow under the rose.

Québec’s official motto, originally written by Canadian Étienne-Paschal Taché in the 19th century, leaves visitors no doubt about the importance of France to their very being, so it’s no surprise that the French feel so connected to the place. From the delightful cobblestoned Vieux-Montréal to the nightlife of Québec City’s Vieux Port, there’s plenty to keep visitors happy.

Relations between the French and the British are occasionally less than cordial, but nevertheless there are an estimated quarter of a million French people who call London and its immediate environs home. With a two-thousand-year history, countless museums and art galleries and world-class dining a little over two hours from Paris by train, the British capital is just too tempting a proposition to pass up.