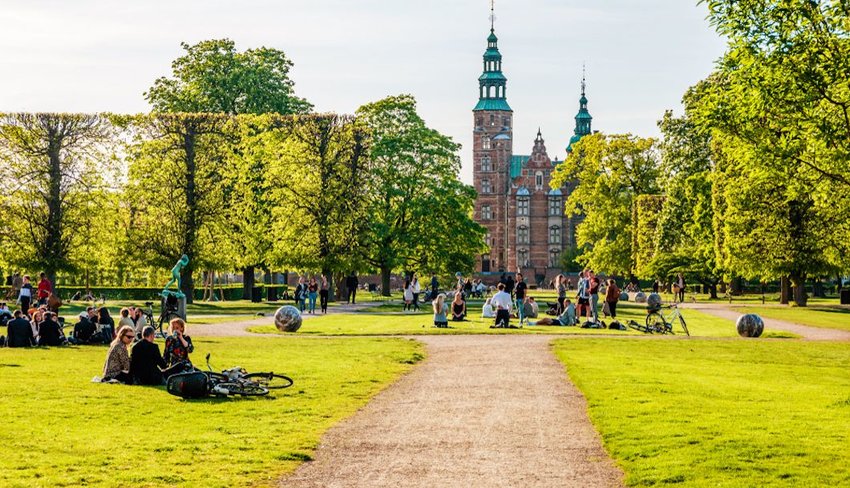 What Can We Learn From the Happiest Countries in the World?

Finland has something to smile about. According to The World Happiness Report, which was released by the Sustainable Development Solutions Network for the United Nations, residents of Finland are the happiest souls on the planet. Happiness was measured using six variables: income, freedom, trust, healthy life expectancy, social support, and generosity.

The rest of the top five happiest countries are, respectively, Denmark, Norway, Iceland and The Netherlands. Rounding out the top 10 were Switzerland, Sweden, New Zealand, Canada, and Australia.

If you're wondering where the U.S. ranks, it rests at 19th place, down one spot from 2018 and five spots since 2017. So what can we learn from the happiest countries in the world? As it turns out, quite a bit. Read on in hopes of turning some frowns upside down.

While income is a factor in the World Happiness Report, the happiest countries in the world are those that promote a healthy work-life balance. Report co-editor Jeffrey Sachs writes that socioeconomic factors play a huge role in the happiness of citizens globally, and recommends shaping public policy to reduce stress levels. These measures, Sachs says, include providing better job and healthcare security, reducing income and wealth inequalities, and investing in mindfulness programs for schools and mental health services for the public at large.

2. They Seek Help for Their Vices

Addictions, whether to drugs, alcohol, gambling, work, cigarettes, shopping, or even social media, lead to an increase in anxiety and a massive decrease in both happiness and overall physical and mental wellbeing. Sachs says there's an "epidemic of addictions" in the United States, and that the government should, ideally, regulate the industries that proliferate them (including advertisers), as well as invest more in mental health services for citizens and mindfulness programs in schools. The aim should be to prevent and treat addiction issues as they arise and help those suffering get the help they need.

Generosity in the form of "prosocial giving," is a major contributor to happiness. We may know the warmth we feel when we contribute to society, but it turns out that generosity also has a scientific reason for making people happier. Whether that generosity came in the form of paying higher taxes or donating money to charitable causes, the act of giving activates reward centers in the brain that make givers feel great.

Generosity was a key component in happiness, but it isn't limited to financial giving. Volunteering also makes citizens feel more joy, and citizens who volunteered regularly reported a significantly higher quality of life than those who did not volunteer. The report also noted that volunteering was linked to greater life satisfaction and a lower risk of depression, especially in citizens ages 40 and older. Generosity wasn't the only factor in what made volunteers happier overall: The social aspect of simply being around others and establishing personal connections and friendships also brought more happiness to those in the study who volunteered.

One important note from the report, however: Respondents felt happiest when they chose how, when, and in what ways they helped, volunteered or donated. Allowing citizens to decide for themselves, rather than demand or tell them what they "should" do, increases not just their own happiness, but also the likelihood of their volunteering or aiding at all.

Establishing a sense of community was a major factor in happiness, whether it came in the form of holding a door for a stranger, paying someone a compliment, or helping a coworker or fellow student. Helping others, especially when respondents could see how their aid affected those in need, made them happy.

According to The World Happiness Report, taking in nature—even just photos—increased happiness. On an individual level, simply going outside more often, even just for a quick walk during one's lunch break, can significantly amplify one's sense of happiness and wellbeing. On a macrocosmic level, the report suggests investing in public green spaces, including parks, trails, and beaches.

We know, you've heard it before, but the World Happiness Report is yet another reminder to put your phone down for a while and enjoy life a bit. An entire chapter of the report is dedicated to the effects of social and digital media on happiness and wellbeing, and there's a hefty correlation between the time spent online and the amount of happiness one feels. Adolescents who spent the most time online were the least happy. Non-phone activities including sleep, exercise, and in-person social interactions (including religious services and outings to the movies, concerts, arcades and volunteering) brought respondents the most joy.