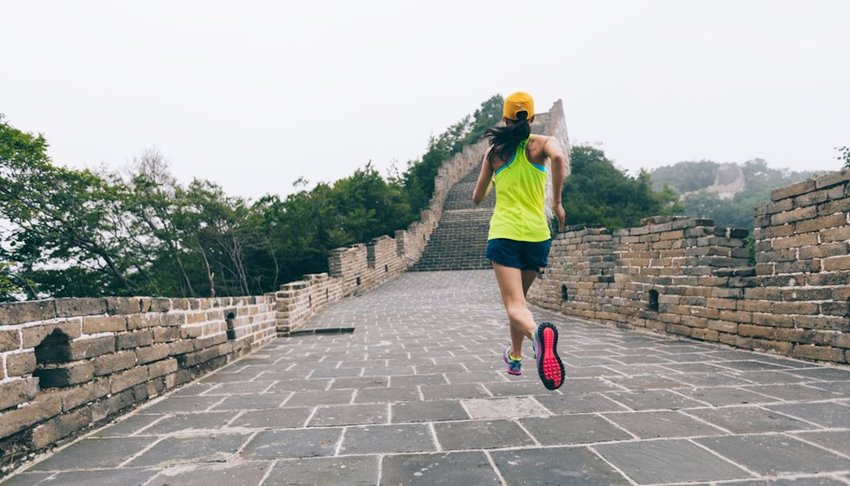 9 Unique Races Around the World

Sure, a vacation is usually an opportunity to relax, but it would be boring if all you did was sit around the whole time. Whether you're active and looking for a new challenge or you just want to witness a good race, these unique races offer the chance to travel somewhere new and feel the thrill of competition in a stunning landscape.

You know when the rundown for a race reads more like the wine list at a good restaurant that you're in for a fun time. The Marathon du Médoc in France starts and ends in Pauillac, a wine-growing region of Bordeaux. The best part about this race is that at aid stations, you're asked an unusual question — "Red or white?" Of course, you can also opt for water, but when you're running through an area known for some of the world's best wines, you need to have at least a few samples.

This annual footrace in San Francisco takes you through some lovely areas of San Francisco, but the architecture isn't the only view you'll get. The race, which was once the world's largest footrace, is known for its participants' crazy costumes. If you've ever wanted to run a marathon surrounded by people dressed up as animals, aliens, and other creatures, this is the race for you.

The name of this race alone should be enough to get you excited. A race on top of one of the world's most wondrous structures — how often do you get to see something like that? This race has been running since 1999, and is only continuing to gain speed. The next race takes place in May 2020, so you have plenty of time to sign up if you think you have what it takes.

Do you ever feel winded after taking the stairs instead of the elevator? If so, you may want to think twice before joining this race. The Empire State Building Run-Up takes you up 1,576 stairs across 86 flights. It's the first and by far the most famous tower race in the world. The elevator to the top might take around a minute, but even the world's fastest runners take closer to 10 running the entire way.

Running of the Bulls, Spain

Sometimes, people don't like to run just for the sake of running. These people usually prefer some type of motivation to get them to run. If a small group of bulls moving very quickly in your direction isn't enough to get you running, you're probably just not a runner. The Running of the Bulls isn't limited to a single area, but the best-known running takes place in Pamplona, Spain. This event typically takes place in July, and if it's not the most exciting event of your summer, you've probably had a pretty crazy summer.

As another stunning vista on this list, the Inca Trail Marathon might be physically exhausting, but we can't think of many better places for a race to end than at Machu Picchu. You'll work for that view though, as this race has been deemed by some as the most difficult marathon in the world. Not only is the 26.2 mile-long trail over some rocky terrain, but you have the altitude to deal with as well. If you want to join this race, you better plan ahead as trail permits for the Inca Trail sell out as early as nine months in advance.

Vail is typically known as a destination for skiers, snowboarders, and other athletes traversing downhill. Of course, as the name implies, that's the exact opposite of what runners are doing at the Vail HillClimb. This 7.7-mile climb starts at 7 a.m. at Vail Village, near the Vail Mountain Haus, and finishes at Mid-Vail. By the time runners reach the end, they've climbed more than 2,200 vertical feet. But participants are reward for their efforts with some gorgeous views, and if you're more interested in watching than participating, you can take Gondola One to the finish line instead.

Known as the world's most beautiful marathon, the 35-mile Two Oceans Marathon may be worth training for even if you hate running. Held annually in Cape Town, this race doesn't actually take you between two oceans. Instead, you're treated to views of both of them along the route. The most difficult part of the run is the climb up Suikerbossie Pass. Once you reach the top, the views of the Atlantic Ocean might just make the sweat worth it. There are also half-marathon, trail run, and fun run options too so all levels can participate.

Some people enjoy a multi-faceted challenge. If you're a seasoned marathon runner, distance may not seem like much of an obstacle. How about a time limit? Still not enough? Okay, what if you had to eat a dozen donuts along the way? The Krispy Kreme Challenge in Raleigh, North Carolina is only five miles long. That said, you have to run that stretch in under an hour and you have to finish a dozen Krispy Kreme donuts along the way. Even if you love donuts, you might not love them anymore once the race has finished.