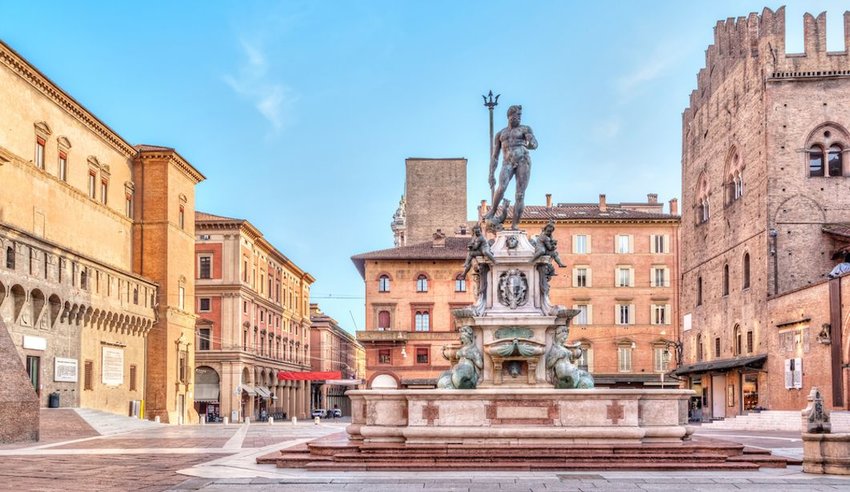 Underrated Italy — Where to Escape the Crowds

Italy is crammed full of wonderful places — remnants of an ancient empire in Rome, serene Venetian canals, and Renaissance art in Florence. But if you hope to discover an Italy you won't find in a tourist guidebook, you're going to have to leave the well-trodden path behind. Here are our destination picks for exploring underrated Italy — the places that you really must visit to avoid the crowds.

It should come as no surprise that the city nicknamed La Grassa (the fat one) is a great destination for foodies. If you’re serious about what you put on your plate, then make a beeline for the Atti bakery and the Tamburini delicatessen to buy lunch makings. Take your purchases to Osteria del Sole. Dating from 1465, it’s the oldest bar in town and found in the heart of the Quadrilatero, the city’s atmospheric old town. When it’s time to burn off those calories — or work up an appetite for the next meal — climb one of the city’s medieval towers or hike the covered portico up to the Santuario di Madonna de San Luca.

Meet a tourist hopping on a ferry to one of the islands in the Bay of Naples and chances are they’ll be off to Capri. But our adventurous discoverer should beat the crowds and aim instead for the opposite side of the bay and its smallest island — Procida. There’s a beautiful white sand beach on the island’s north coast, but the pretty village of Marina di Corricella is the main draw. Colorful homes line the stone quayside where fishing boats come and go. Find yourself a table in one of the restaurants and enjoy a long leisurely lunch. If it all looks familiar, you may just have seen it at the movies. Scenes from The Talented Mr. Ripley and The Postman were shot here.

Relatively few foreign tourists make it to Puglia — the heel of Italy’s boot — and most of those who do only fixate on exploring Alberobello. That’s not entirely unexpected. The town has a high concentration of the quaint, cone-shaped dwellings known as trulli and a liberal scattering of fascinating churches and museums. But the neighboring town of Locorotondo, which is perched on a hilltop surrounding a flat plain, provides the perfect antidote to Alberobello’s crowds. Come to stroll along its narrow alleyways lined with whitewashed, flower-adorned homes. When your feet tire, sit on one of the many terraces and sip the region's famous sparkling white wine while soaking up the view.

Italy’s not short on volcanoes. Mt. Etna and Mt. Vesuvius hog the spotlight, of course. But UNESCO protects the volcanic Aeolian Islands, of which Vulcano and Stromboli are the most well-known. Stromboli’s black sand beaches are a product of past eruptions, but this volcano is almost continually active — spewing small streams of lava down its flanks and puffing ash from its vents. Spend the day swimming and kayaking in the warm waters of the Tyrrhenian Sea before taking a boat trip at dusk to witness this natural spectacle.

Many visitors overlook the city of Turin, which is a real shame. The majestic Alps frame this northern Italian city giving the medieval architecture a gorgeous natural backdrop. In winter, basing yourself in nearby Sestriere gives you access to Italy’s largest ski area, but the city has its own must-sees. The architecturally-magnificent Mole Antonelliana is the most recognizable landmark with porticos rivaled only by those in Bologna. Take a peek at the race track on the roof of the Ligotto factory, where Fiat used to test the cars it manufactured.

The Borromean Islands of Lake Maggiore

Forget Lake Como and escape to Lake Maggiore instead, where you can hop between the three Borromean Islands. The sumptuous palazzo on Isola Bella so enchanted the wife of British King George IV that she demanded the Borromeo family sell her nearby Isola Madre. They refused, incidentally, and she decamped to Como instead. The islands were also once a favorite destination of Ernest Hemingway, but now they fly under the radar with international visitors. Buck the trend and do a bit of low-key island hopping on a boat from Stresa.

In summer, Rimini is one of Italy’s best resorts with miles of sun loungers and beach umbrellas filling the sandy beaches that line the Adriatic coast. Come autumn, however, they shut up shop for the winter. But you’d be unwise to think that a city founded in 268BC would be a one-trick pony. Check out the Arch of Augustus, a city gate standing almost 33 feet tall or the less showy but equally impressive Tiberius Bridge that has spanned the River Marecchia for thousands of years.