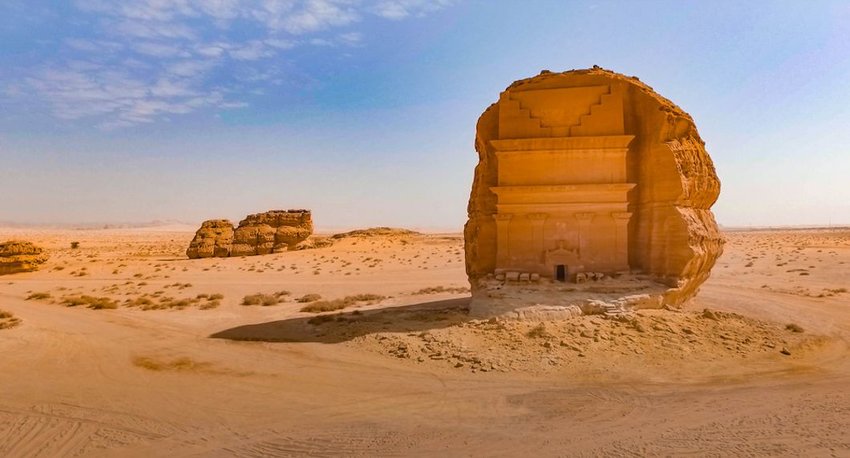 The Middle East is a treasure trove for archaeologists. The widely-held theory is that the earliest civilizations began there, which means there are millennia of settlements to explore. Some archaeological discoveries get all the attention, which is fair because most of them are extraordinarily striking. But there are other sites that people don’t visit as often that deserve some attention too. Here are five underrated archaeological wonders in the Middle East.

In terms of understated importance, Gobekli Tepe has to be at the top. It’s a megalithic structure that predates Stonehenge by 6,000 years and was likely built by people who hadn’t invented metal tools, pottery, or agriculture yet. All evidence points to the site being the oldest temple in the known archaeological world. This site is completely rewriting what modern humans thought we knew about early human settlement.

The landscape around Gobekli Tepe wouldn’t have been the dry brown expanse we see today. Instead, it would have been a hunter-gather’s dream, with plenty of greenery to pick through and herd animals to hunt. If you wanted to draw a few parallels to the Garden of Eden, you probably wouldn’t be far off.

The length of time archaeologists spend at a site isn’t a particularly reliable indicator of how much we know about that location, and new tools and technology can enable discoveries even in the most explored areas. Case in point, there have been archaeologists working in Petra for a century at the very least, but one of the largest and most impressive structures was only just discovered.

Less than a kilometer south of the city is a massive platform 184 feet by 161 feet, with a smaller platform lined with columns on one side and a staircase descending away from the city. A smaller 28 by 28 foot structure sits on top of the smaller platform. There are similar structures throughout the city, but nothing on this scale, leading archaeologists to believe this one had a different purpose than all the others, though they don’t have much evidence as to what that purpose might be.

Mada’in Saleh is closely related to Petra. Both cities were built by the Nabateans, who apparently really loved carving intricate buildings into solid rock, but Mada’in Saleh is the lesser known of the two sites.

One of the Nabatean claims to power was the extent and wealth of their spice trade network, Mada’in Saleh being a major part of that network. Mada’in Saleh is also one of the few places where the Nabateans wrote anything down, the city being covered in inscriptions carved into stone.

The city is also deserted in multiples senses of the word. First, Muslims won’t visit because they believe the city was cursed when its inhabitants didn’t forsake their gods to worship Allah. Second, tourist visas are ridiculously hard to get, so people simply can’t visit. Third, large parts of the city are buried in sand. But all three are significant contributors to why the city is so well preserved.

Sometimes we really feel for archaeologists. It seems like a lot of their job is concluding that they don’t know what was going on in the ancient world. Take the Tower of Claudius in Lebanon. The stuff they know about the tower is it’s currently 32 feet tall, was probably much taller when it was built, and has an inscription naming the builder (Tholos, son of Rabbomus) and dedicating it to Emperor Claudius and the ancestral god Beelgalasos. As for a specific use for the structure, it could have been a tower, tomb, or temple, or it and the four other ruins around it could have been part of a larger complex. Only ancient Romans would be able to tell us with any degree of certainty and they’re hard to come by.

Underwater Cairn in the Sea of Galilee, Israel

Let’s piggyback on the last section’s “concluding you don’t know anything” sentiment and say that’s especially true of an enormous cairn recently rediscovered in the Sea of Galilee. The cairn’s twice the size of Stonehenge, might be older, and is made of rocks far too large for individuals to move. But archaeologists can’t put a year, construction process, usage, or civilization to it.

The two main theories are that the place was built as a fish nursery, which is unlikely, or that it was built on land and submerged by a huge jump in water level, which is supposedly more likely. Still, archaeologists are optimistic about the site’s potential. Underwater, decomposition happens at an exponentially slower rate thanks to the lack of oxygen. Whatever’s down there is preserved much better than it would have been if the cairn had stayed above water.