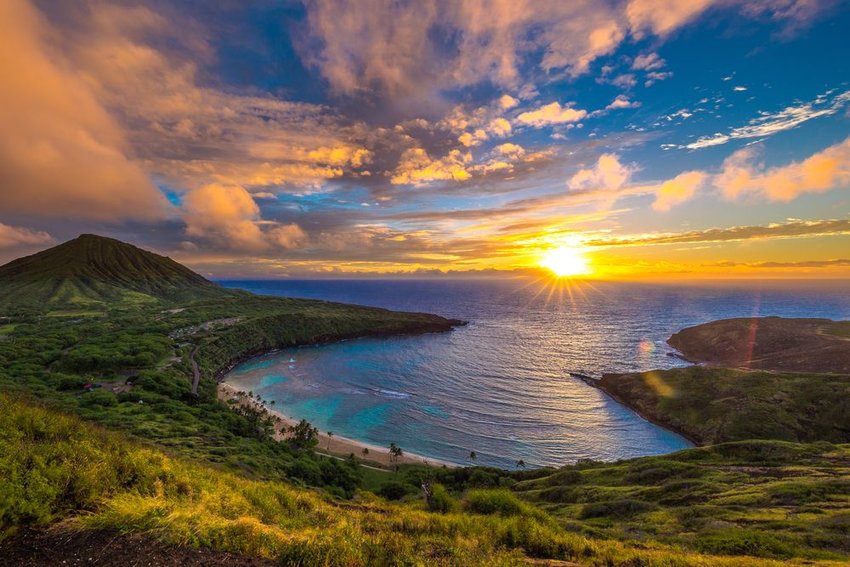 5 Stunning Tropical Destinations You Don't Need a Passport For

Not having a passport, or absentmindedly allowing it to expire right before holiday season hits, doesn’t have to be the end of the world. In fact, there are plenty of tropical destinations that Americans are lucky enough to be able to visit with nothing more than a state ID.

Here are the five best tropical destinations you can visit without worrying about packing your passport.

These remote South-Pacific islands are thousands of miles away from the United States, but as a  U.S. territory they welcome Americans with open arms. Made up of five islands and two coral atolls, the archipelago offers a getaway for those looking to leave the “real world” behind. There are no five-star resorts or brand name retails shops here — just pristine jungle and rugged coastline surrounded by sparkling emerald waters. Snorkeling, scuba diving, hiking and experiencing the rich culture of the self-proclaimed friendliest people in the South Pacific is to be expected. Don’t miss the excitement at the Fagatogo Market, a hub for fish and produce vendors as well as local handicrafts. Also worth a visit is the American Samoa National Park, the only U.S. national park south of the equator.

Cultures collide in the U.S. territory of Puerto Rico, the tropical island that tempts mainland Americans with its proximity to Miami (just a 2.5-hour flight). With plenty of white-sand beaches to choose from, as well as lush rainforests, centuries-old history, a busy shopping district to and chilled-out little surf towns like Rincon, Puerto Rico is a destination spilling over with activities. The best part about this holiday is it can be as relaxed or high-paced as you want. Dig your toes in the sand, kick back and sip cocktails on the beach for the duration of your trip or hop around the capital city of San Juan and immerse yourself in the hustle and bustle of the city.

Just off the east coast of Puerto Rico, another U.S. territory beckons holiday-goers with its small, sun-soaked jewels in the eastern Caribbean. The three major islands include St. Croix, St. John, and St. Thomas — each of which offers unique vibes and an exotic blend of international influences. St. Croix boasts a rich culture and lots of activities like horseback riding and golf. If beach lounging is your goal, look no further than St. John with its stunning coastline and national park. Finally, St. Thomas was constructed for the traveler who seeks a more modern feel with its booming harbor, the most popular port in the Caribbean, and fine dining and entertainment options. With all the variety, the U.S. Virgin Islands can definitely occupy more than one vacation.

Closer to Southeast Asia than the U.S., it’s safe to say that Guam is pretty much in the middle of nowhere. And that’s part of its appeal. Housing the U.S. Navy, Coast Guard and Air Force, Guam is well-known for being a U.S. military hub. But it’s also a dream come true for the adventurous vacationer who enjoys scuba diving the vibrant reefs and WWII shipwrecks as well as snorkeling in crystal clear waters before lounging on undeveloped beaches. Nature-lovers will appreciate the number of spectacular species that call Guam home. From petting a Coconut Crab in Chamorro Village, to spotting the native critters in the Guam National Wildlife Refuge, there are plenty of thrills for the budding biologist.

This might be an obvious one as it’s the only destination on this list that’s actually a State, but Hawaii offers something that many other places in the continental U.S. cannot. These lush volcanic islands are blessed with waterfalls, untouched jungles, world-class treks, surfing and all the comforts you’d expect in the U.S. Hawaii is an all-inclusive vacation that shouldn’t be overlooked.