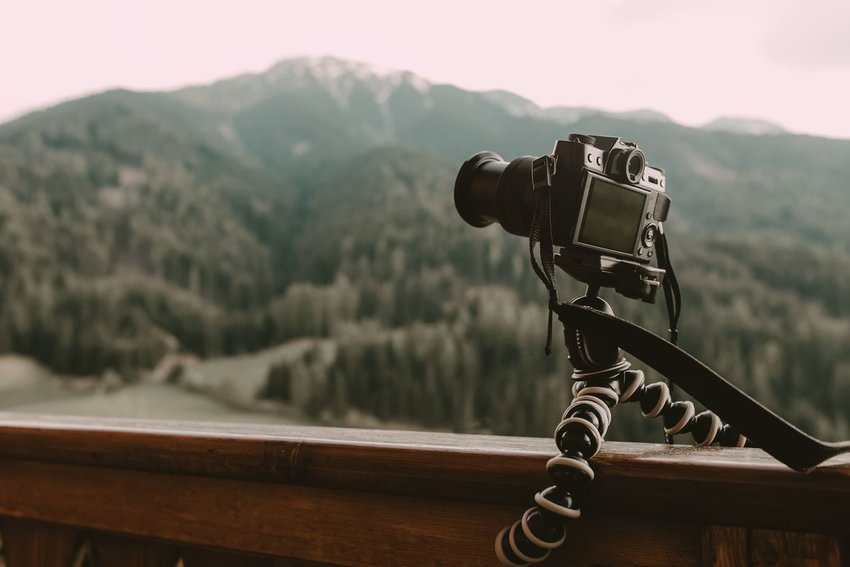 Always Travel With a Tiny Tripod

We've all been there. You reach a picturesque destination, and want to commemorate the moment with a photo of yourself and your traveling companions. And so you find the nearest bystander, ask them to take a photo of your group, show them which button on your phone or camera to press as if it were some kind of alien object, and then force a smile and tell them the photo they took looks great as if you just got a pair of footie pajamas for Christmas.

The fact is, most people just aren't very good at taking pictures, especially when they're dealing with strangers and may be too shy to ask people to move, smile, or switch positions to get a better shot. And that's fine; it's not other peoples' job to take a great photo of your vacation. It's your job.

And that's why I always travel with a miniature tripod.

Joby's line of GorillaPods range from a tiny $15 option with a built-in smartphone holder to one that can hold an 11 pound DSLR, with plenty of options in-between. If you want to be able to use one of the larger models with a smartphone, you can also grab a tripod adapter that will work with any phone, like Studio Neat's excellent Glif.

Unlike most mini tripods, GorillaPods feature flexible legs that can be moved around independently, allowing you to set up your camera on nearly any fence post, rock outcropping, tree branch, trail sign, or other nearby object, and still end up with a level picture.

Of course, unlike a full-sized tripod, you can't really just set a GorillaPod on the ground and get a good picture. But GorillaPods are small enough to fit in a day pack or even a big pocket, and with a little creativity, you can almost always find a suitable, raised surface to set them up.

Setting up your own self portrait may take a bit longer than asking a stranger to take a picture, but you'll have full control over the final result, and can take as many pictures as you want without worrying about inconveniencing the photographer. If you own an iPhone and have an Apple Watch, your watch can even act as a remote viewfinder and shutter button. Ditto Android phones and WearOS smart watches. Failing that, you can line up your shot in advance, and use an inexpensive Bluetooth shutter remote paired to your phone to to take as many shots as you want. Or just download any number of apps that will let you set a self-camera timer.

If you're dealing with a "real" camera, chances are, you can buy a remote shutter button that will work with it. Worst case: you can always set a timer through the camera's software, though you'll have to keep running back and forth to take multiple shots.

If you take the time to set up your shots properly, you'll be left with something that you almost never get when a stranger takes your photo: an image that you'll want to print to hang on the wall or put in a scrapbook once you get back home.