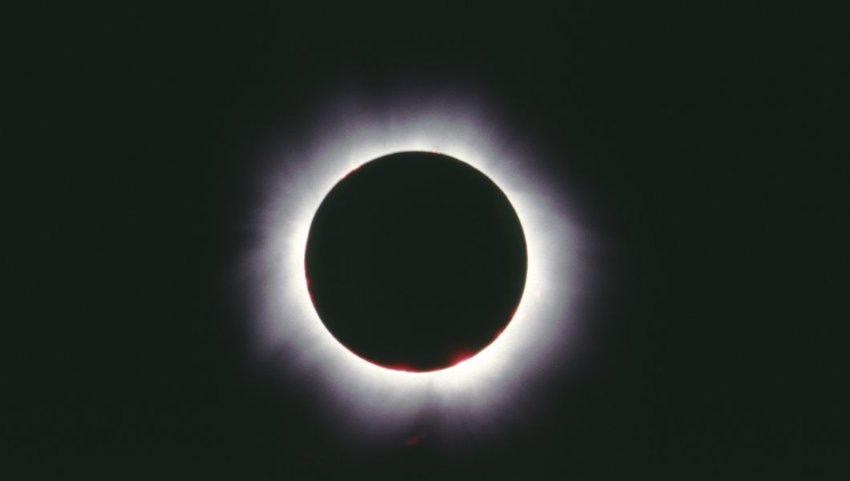 Everything You Need to Know About the Solar Eclipse

If you’re an eclipse chaser, the one occurring on July 2 brings both good and bad news. The good news is that it’s a total solar eclipse, meaning the sun will be entirely occluded by the moon; the bad news is that this one will be especially elusive, with swaths of Chile and Argentina providing the best views just before sunset. We've known this particular event was coming since 1887, when Theodor von Oppolzer published a Canon of Eclipses listing all sonar and lunar eclipses occurring between 1207 BC and 2161, which means the most dedicated of umbraphiles have had their travel plans in place for some time now. For the rest of us, here’s everything you need to know about TSE 2019.

Per NASA, the eclipse will take place at exactly 7:24 p.m. UTC. The sweet spot will be between La Serena, Chile and San Juan, Argentina, an area featuring three major observatories: La Silla Observatory, Cerro Tololo Inter-American Observatory and Gemini South. These spots should offer especially clear views, with the caveat that most are quite remote. Totality — ie., the amount of time that the sun is completely blocked by the moon — in this region will last for 2 minutes and 35 seconds.

By Land or by Sea

Certain eclipse-chasers are willing to travel by sea to glimpse that sweet, sweet darkness for just a little longer than those of us on the ground. Off the coast, your best bet is to be on a cruise near Polynesia or the Pitcairn Islands in order to enjoy a full 4 minutes and 33 seconds of totality; unfortunately, the closest island, Oeno, is in uninhabited atoll.

If that sounds like a lot of work to view an eclipse, rest assured that you ain't seen nothin' yet. Dr. Glenn Schneider, a professor of astronomy at Arizona State and avowed umbraphile, has organized a charter flight to take full advantage of the eclipse's totality. For his 35th(!) TSE, Schneider has calculated a flight path that will allow him and everyone else aboard this most astronomical of flights to take in the sights for as long as 9+ minutes. In addition to being able to see it for longer, he'll also be seeing it more clearly — at 37,000 feet, passengers will be high above the clouds that threaten to block the view on terra firma.

In his explanation of this complicated undertaking, Schneider notes that “this will be only the second extreme-duration totality flight ever undertaken by a non-military or non-experimental aircraft.” He also points out that “at our mid-eclipse intercept point, at the point of greatest and maximum duration totality, our aircraft will be traveling almost identically in the direction of the Moon's shadow.” Talk about dedication.

Some of these options are as pricey as they are extreme, which is to say that only the most devoted of eclipse-chasers will partake. If you can't make any of them happen, fret not: the next TSE is just around the corner on December 14, 2020.