5 Insanely Affordable Vacations to Take in 2019

The new year brings a host of new opportunities for holidaymakers to embark on affordable adventures and recharge the soul. Though it may seem as if quality, affordable getaways are becoming increasingly scarce, there are a number of budget destinations scattered across the globe that won't compromise the impressive sights and unique experiences.

Crumbling candy-colored dwellings peppered with palm-backed beaches of sparkling white sands and interspersed with lush valleys, Cuba's varied landscape is magnetic. The atmospheric decay of its shambolic cities of Havana, Santiago de Cuba and Trinidad, where classic American Cars race down the streets, leaves its visitors spellbound in a time warp. Peek at everyday life through the open doors of homes, where grandmothers idle in rocking chairs and the dramatic dialogue of Spanish soap operas radiate from chunky old school TV sets.

Placid tobacco plantations and rugged karst limestone cliffs dominate rural Viñales, a destination where outdoor adventurers come to revel in Cuba's rust-colored Viñales Valley. In the nation's south is the star of Playa Ancon, where the deep shimmering blues of the Caribbean Sea meet sugar-white sands for perfect beach escapes. Signs of modernism are evident after a century of economic embargo, as WiFi is newly installed in public spaces and elegantly timeworn buildings have been transformed into retro casa particulares and chic restaurants, where a scrumptious meal of garlic shrimp will set you back $6. 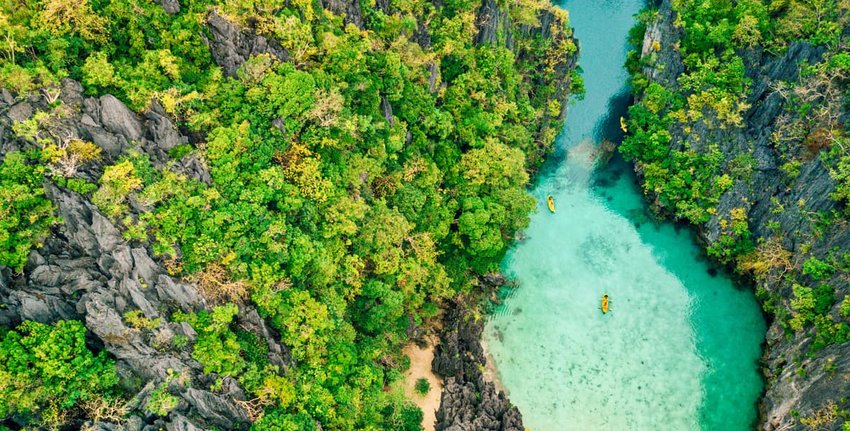 Separated from mainland southeast Asia by the South China Sea, the more than 7000 islands that comprise the Philippines are justifiably notorious for their sun-drenched beaches. Golden arcs of sand backed by swaying palm trees are enveloped by sparkling emerald waters, and make for an avid beach bum’s ideal island-hopping destination. Though sophisticated mega islands like Boracay and Luzon have paved their way to the beaten path, scattered among them are undiscovered paradises of hidden lagoons and deserted coastlines, where the adventurous are invited to pitch tents and stay the night.

Passionate surfers head to Siargao Island to ride the waves, a destination that remains tranquil though it’s fast gaining international recognition, and kayakers make their way to Palawan, its jungle interior and exotic aquatic wildlife also fit for outdoor adventurers and snorkelers. Characterized as a paradise for year-round sun seekers, the Philippines is also studded with elegant colonial towns, tribal villages and lush rice terraces. But aside from the undeniable natural splendor that this nation radiates, it’s the warm and hospitable locals that ensnare its visitors. Comfortably tour the Philippines on a budget, as a simple breakfast from a roadside stall is priced just below $1.50.

Golden monasteries stand against glass skyscrapers, and rustic roadside stalls serving local fare stand beside eccentric themed restaurants. It's the rigid dichotomies within Thailand that make it a nation worth discovering. Its cultural capital races towards the future while remaining deeply rooted in its heritage. Bright neon lights dominate the streets of an increasingly glitzy Bangkok, surrounded by typical Thai communities of traditional floating markets and fishing villages.

Venture to mellow Chiang Mai in the north, where golden stupas dot the city and robed monks are omnipresent in the courtyards of its Buddhist temples. Then race to Pai on a scenic motorbike journey to discover the dense jungles and silver waterfalls of this quaint countryside town. And then there are the beaches. The Andaman coast, where sparkling blue waters meet glittering white sands, is the star of Thailand's south. Fun-in-the-sun seekers come to experience the nation's exotic islands and unspoiled coastline, scaling the heights of Krabi's rugged limestone cliffs and participating in raucous full moon parties on Koh Phangan. Sit back with a bottle of Singha here for $1.

This tiny European nation on the Adriatic and Ionian Seas opened its doors to the world in the early 1990s at the fall of communism, but Albania remains largely undiscovered. Ancient Greek sites, Roman ruins and Ottoman relics punctuate the skyline of vibrant Tirana, the nation's capital. The landscape beyond the boisterous city is enchanting — carpeted with sparkling beaches, sheltered coves and spectacular mountain ranges, seemingly customized for the intrepid outdoor explorer. Navigate the stunning trail from Valbona to Theth, an experience that takes you through the Albanian Alps, spilling into neighboring Kosovo and Montenegro. A visit to this unassumingly wild and majestic destination is easy on the wallet, as a pint of domestic brew in Tirana is priced at $2.50.

Encompassing rugged terrain, verdant valleys and the lofty Andean peaks, Bolivia's diverse landscape embraces heart pumping, exhilarating adventures. Escape urban La Paz and enter the otherworldly Valle de la Luna on hot air balloon, where its maze of clay and sandstone spires gleam a dusty rose and soft golden hue at sunrise. Venture across the world's largest salt flat of Salar de Uyuni amid the Andes in a 4x4 , and observe the life that it sustains- pink flamingos and flitting hummingbirds. Then live out a wild west adventure on horseback in the wild badlands of Tupiza, where a vast expanse of canyons, red rock formations and rust colored deserts form its stunning landscape. Though blessed with the lush Amazon rainforest and bountiful opportunity for nature treks, Bolivia remains one of South America's least frequented destinations and least expensive to travel in, with a bottle of beer at $2.