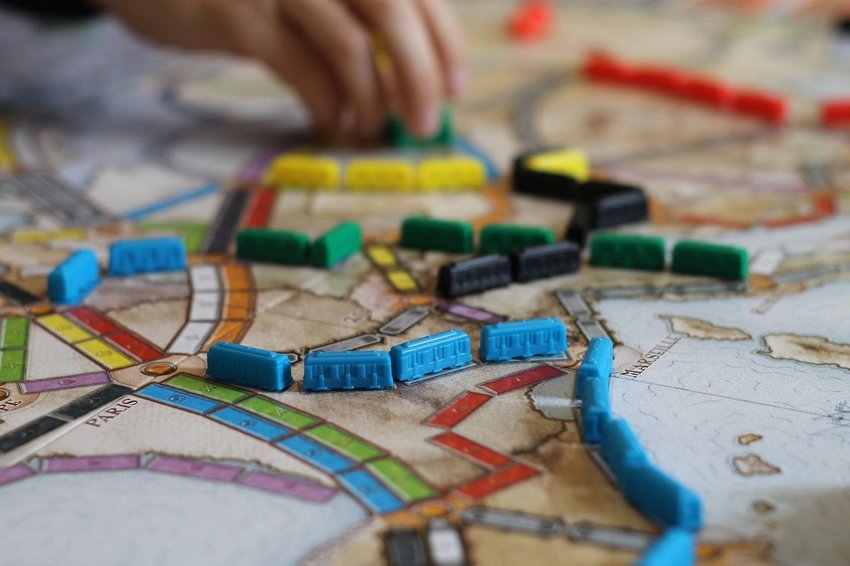 After all this time spent at home, there's a good chance that your board game collection is starting to feel a little stale. So pack up your copy of Scrabble, put away Monopoly, and discover new parts of the world with a Ticket to Ride game (or two or three).

The object of Ticket to Ride is to build train routes to connect city pairs, earning you extra points at the end of the game in your quest to become a railroad tycoon. Depending on the cards you draw, you could find yourself building out a dense transit system in the northeast, or constructing your own version of the transcontinental railroad as you span the continent from east to west.

And while the standard, North America-centric game is the most popular, there are several variations of the game that aren't just fun to play; they're also educational geography lessons for cities, countries, and continents that you might be less familiar with.

Set in the year 1900 at the height of the railroad era, the standard game features over two dozen cities in the U.S. and Canada, and mirrors real life in that the cities grow further apart (and harder to connect) once you get west of the Mississippi river.

The majority of additional Ticket to Ride games are actually expansion packs for the base game, and will require many of the pieces from this version.

A hint: if you draw cards between two west coast cities, build yourself the Amtrak Starlight route before you do anything else. If someone else claims those precious routes, those cities will become very hard to connect.

For quicker play sessions (closer to 15 minutes than an hour), you can also add Ticket to Ride: New York and Ticket to Ride: London to your collection. In addition to being faster, breezier gaming experiences, they also introduce you to the famous neighborhoods and landmarks of these two iconic cities. Not sure where the British Museum is in relation to Big Ben? You will after playing London a few times.

Frankfurt. Leipzig. Stuttgart. You probably know that those are all cities in Germany. But could you pinpoint them on a map? What about Calcutta, Agra, and Madras? Or Tokyo, Osaka, and Shinjo?

It's one thing to study geography by looking at maps. But the relative locations of cities, and how you connect them, is the entire point of Ticket to Ride, and a great way to absorb the layouts of countries while playing a fun board game. Nothing will teach you that Umea, Sweden lies just across the Gulf of Bothnia from Vaasa, Finland quite like having that one, crucial ferry route blocked by another player in Ticket to Ride: Nordic Countries.

Zooming out further, the Ticket to Ride: Asia expansion includes two maps, one of which puts players on semi-cooperative teams, and another that incorporates ancient mountain passes which require you to spend more of your precious trains. Ticket to Ride: Europe features ferries and tunnels that are governed by their own unique rules. And the Ticket to Ride: Heart of Africa expansion features a deck of terrain cards that you can draw to potentially double the value of your routes.

These aren't just new maps; they're totally new ways to play the base game, while still learning plenty about geography.

To be clear, while these games have some educational value, they're still games. They're meant to be fun, and they are! But if you're of a curious persuasion, they can teach you a thing or two about geography, and even act as a jumping off point for your own, self-guided history lessons. For example, why is Duluth featured in the base Ticket to Ride game, instead of nearby Minneapolis? It's because the Duluth Depot once serviced seven different rail lines, and now houses one of the largest railway museums in the country.