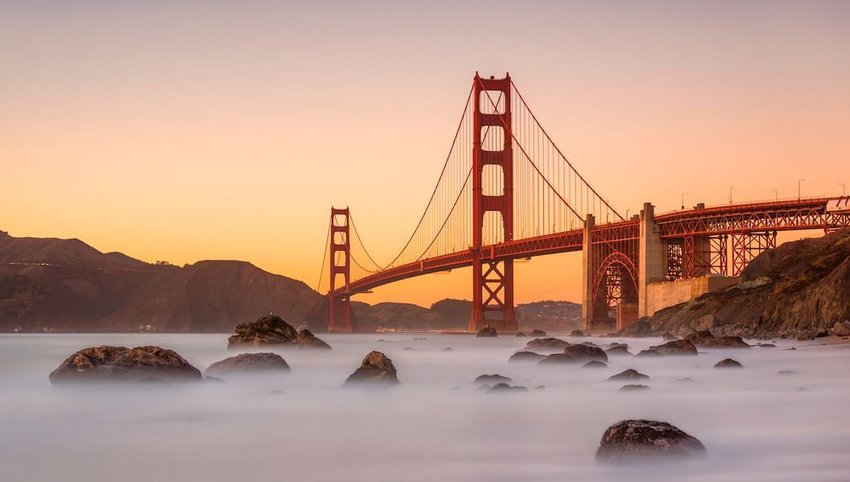 The World's Most Famous Bridges

Throughout antiquity, bridges have been built to connect gaps between natural and manmade obstacles. Many of these bridges have become historical landmarks, popular tourist attractions and vital parts of the lives of local citizens. In modern times, bridges have become engineering marvels that seem to defy gravity and create a sense of awe to all who visit these amazing structures. Let’s take a look at the world’s most famous bridges.

The Pont du Gard aqueduct bridge (the highest built by the Romans) spans nearly 1,000 feet and stands more than 150 feet above the Gard River. It’s actually a working aqueduct that was built in the 1st-century A.D. and still supplies the region with 44 million gallons of water every day. The engineering design of this bridge was a marvel because each stone was precisely hand laid, built without mortar and has a gradient of less than 1 inch per 500 yards. Many of the tourists that visit the Pont Du Gard are French masons who use the bridge as a lesson in ancient masonry techniques.

If you want to visit the most iconic landmark in a city jam-packed with famous attractions, head to London’s Tower Bridge. This famous sight is a combined bascule (movable) and suspension bridge that spans the River Thames. It opened in 1894 courtesy of the Prince of Wales and its two Victorian Gothic towers are steeped in history. Hum along to the children's song about this bridge collapsing while watching life on the city streets of London unfold from the high-level walkways and glass floors. Or sit on the shore and watch the central span rise as ships sail down the Thames.

You won’t see many pictures of Sydney Harbor without a shot of the most well-known and photographed landmarks in the world — Sydney Harbor Bridge. This iconic bridge, affectionately called the “Coathanger,” is the largest steel arch bridge in the world, rising 440 feet above Sydney Harbor. The bridge opened in 1932 and took more than eight years to build. Today, the Sydney Harbor Bridge is a workhorse of traffic, with eight vehicular lanes, two train lines, as well as foot and bike lanes. While most tourists opt to snap photos from a safe distance, you can participate in a daring bridge climb.

The Millau Viaduct is a cable-stayed bridge in southern France that towers 1,100 feet over the Tarn Valley and holds the record for the tallest bridge in the world — at its longest point it’s 60 feet taller than the Eiffel Tower.  Even though this amazing bridge does not span any water, when the fog rolls in, you will feel like you are driving in the sky as you cruise among the clouds. The bridge was completed in 2004 and was built to get rid of the serious traffic jams caused by people heading from Paris to Spain during the holiday season. Today, the bridge serves an average of 20,000 vehicles a day.

The majestic Golden Gate Bridge gets its name from the Golden Gate Straits that it spans. This engineering marvel connects San Francisco with California's northern counties and is one of the “Seven Wonders of the Modern World.” Decades before the bridge opened in 1937, many called it “the bridge that couldn’t be built.” The project was bankrolled with very little federal funds, so local citizens put up their own properties as collateral to finance its construction. This breathtaking 1.7-mile-long landmark, with its iconic International Orange color, attracts more than 10 million visitors every year.

Built in 1172, Charles Bridge was originally named the Stone Bridge because, at the time, it was the only one of its kind in the city. The bridge was renamed in the early 19th century after Emperor Charles IV as part of the Czech National Revival movement. This famous bridge was the heart of the medieval Prague road system and its huge Gothic towers protected the city and the Charles Bridge from attackers. The bridge, with its avenue of 30 baroque statues, showcase the talents of Czech artisans, and remains one of the most popular attractions in the country.

Stari Most, Mostar, Bosnia and Herzegovina

The Stari-Most (aka the Old Bridge) is a hump-backed stone arch bridge that spans the river Neretva in the city of Mostar. This ancient bridge was built by the famed Ottoman Turk Suleiman the Magnificent in 1566 and stood proudly over the city until it was destroyed in 1993 by the Bosnian War. When the local government decided to rebuild the bridge, they vowed to use original design, complete with the same materials and technology. A ritual that dates back to the mid-1600s has the young men of Mostar diving from the bridge into the Neretva. Today, Mostar hosts an international diving event that keeps that tradition alive.

Rialto Bridge, or the Ponte di Rialto to the local Venetians, crosses the Grand Canal of Venice at its narrowest point. It’s the oldest bridge that spans the canal and connects San Polo to San Marco. It was originally built in the 12th century, but has had to be reconstructed several times over the years. The current bridge was completed in 1591 and carries foot-travelers 100 feet across the canal by way of three walkways. The wide central walkway runs between two rows of shops that sell amazing Venation jewelry, linens and Murano glass.

A trip to Guangxi is not complete without a visit to the magnificent Chengyang “Wind and Rain Bridge.” It’s famed throughout China as the most beautiful of all of China’s wind and rain bridges. It was built in 1912 to link local villages that sit along the Linxi River. The bridge features five pagoda-styled pavilions and porches designed to protect its travelers from the weather — hence the name. To some degree, it’s an engineering marvel because the bridge was built entirely of wood without the aid of any nails or rivets. As you walk the bridge, admire the series of brightly-colored lifelike carvings and paintings that adorn the corridor and the eaves of the pavilions. ​ ​