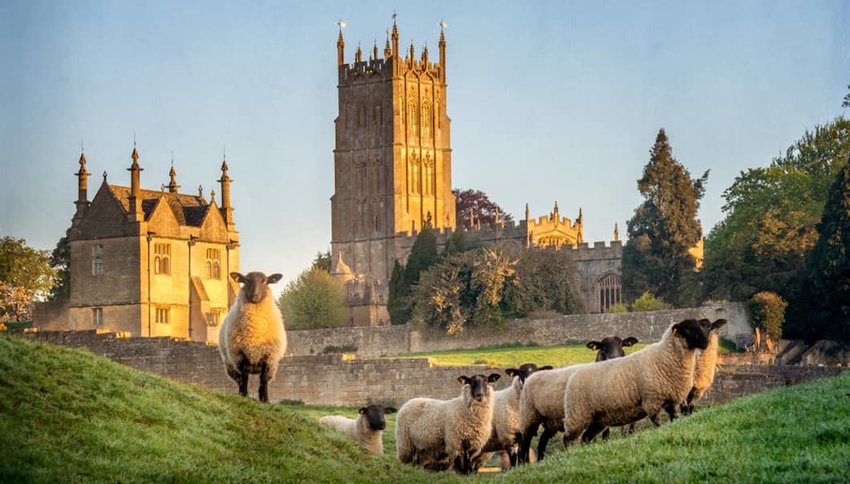 The Perfect Road Trip Through the United Kingdom

With so many great places to choose from, planning a perfect road trip through the UK is harder than it might seem. If you’re keen to leave London behind (and let’s face it, no one in their right mind would drive there anyway) then here’s a suggestion for a two-week itinerary that showcases some of the country’s must-sees. Aim to spend at least a couple of nights in each spot to fully appreciate what they have to offer.

Start in the City of Dreaming Spires

Begin your sightseeing 50 miles north west of Heathrow in the university city of Oxford. You don’t have to have a degree to appreciate the architectural beauty of its many colleges and Bodleian Library. Other must-sees include the Sheldonian Theatre, built by Sir Christopher Wren (who also gave us St Paul’s Cathedral), the Radcliffe Camera and Hertford Bridge, nicknamed the Bridge of Sighs for its uncanny resemblance to the iconic Venice landmark. On a sunny day, get some fresh air at Port Meadow, just outside the city centre. Reward the effort with lunch at one of Oxford’s oldest pubs, The Perch, which dates from the 17th century and has a traditional thatched roof.

Discover All the Charm of the Countryside

West of Oxford you’ll find the charming Cotswolds. Those seeking a quintessentially English village will find it in Stow-on-the-Wold, Bourton-on-the-Water or Chipping Campden, where sandstone cottages line the main streets and cute little tearooms abound. Nearby Bibury is home to Arlington Row, the darling of photographers. 19th-century designer and poet William Morris declared it to be England’s most beautiful village and not much has changed in the intervening years. It’s worth making a short detour south to Tetbury where from April to October you can tour the exquisitely tended gardens of Highgrove, the residence of the Prince of Wales, himself a keen horticulturalist. Up the road, you’ll find the Westonbirt Arboretum, featuring 15000 trees collected from across the globe.

Britain came into its own during the Industrial Revolution, a place of ideas and entrepreneurs spurred on by the belief of wealthy benefactors. A couple of hours’ drive north of the Cotswolds is Ironbridge. It was here that the first ever bridge made from cast iron was constructed in 1779, spanning the River Severn. Nearby, pay a visit to the excellent Blists Hill Victorian Town, recreating what life would have been like here in the 19th century, as well as a few of the area’s fascinating museums, such as the Coalport China Museum, Coalbrookdale Museum of Iron and Jackfield Tile Museum.

Embrace Pop Culture in the Home of the Fab Four

Two hours north of Ironbridge takes you to the city of Liverpool, home of the Beatles. On the way, make a brief stop in Chester, founded by the Romans in the 1st century AD but best known for its half-timbered Tudor style arcades. Enter Liverpool via the Birkenhead Tunnel or park up and catch the ferry across the Mersey (yes, it really does exist) from Seacombe to Pier Head. North of the river, highlights include the iconic Royal Liver Building and the striking Liverpool Metropolitan Cathedral. Don’t miss the Royal Albert Dock, home to The Beatles’ Story, the Merseyside Maritime Museum and Tate Liverpool. In its early 19th century heyday, an estimated 40% of the world’s goods passed through this busy port.

Wind Through God’s Own Country

Britain’s largest county is arguably its most captivating. From the mill towns of the Pennines and the breathtaking landscapes of the Yorkshire Dales, it manages to find beauty in both the natural and the man made. Stand outs include the towering limestone cliff at Malham Cove, Ingleborough’s caves and the rugged yet accessible Ilkley Moor, where a hike the Cow and Calf Rocks is ideal for stretching the legs. If you only have time for one stop, make it York. Founded by the Romans, it’s even better known for its Viking heritage thanks to the Jorvik centre, open again after an enforced closure following the devastating 2015 floods. The medieval street known as The Shambles and elegant York Minster are also essential stops.

Hop Between Castles and Coves

North, past Hadrian’s Wall, the wild Northumberland coast is lined with castles overlooking some of the best beaches in the country. Doubling as Hogwarts in the first two Harry Potter movies, Alnwick Castle is the second-largest inhabited castle in the country (it’s beaten by Windsor, home to Her Majesty the Queen). The spectacularly-located Bamburgh Castle, once the seat of the Kings of Northumbria, and the ruined 14th-century Dunstanburgh Castle complete a trio of fortified landmarks. If the tide times work, take a walk across the causeway to Lindisfarne, the island home of a priory dating from the 7th century AD. Oh, and there’s a castle too, if you haven’t already had your fill.

Over the border, Glasgow and Edinburgh both make a worthy final stop on this whistle-stop tour of the UK. To the east, the refined Scottish capital offers the visitor a castle perched atop the plug of a long extinct volcano, the Royal Palace of Holyroodhouse, a characterful medieval old town and an elegant Georgian-era new town. An hour to the west, Glasgow is Scotland’s largest settlement. This once-gritty port city is now the country’s cultural hub, base of the Scottish Opera, Scottish Ballet and the National Theatre of Scotland, as well as being a larger-than-life canvas for some extraordinary street art. The revitalized Merchant Quarter is where you’ll find the best cafés, bars and restaurants, as well as designer boutiques occupying old warehouses.