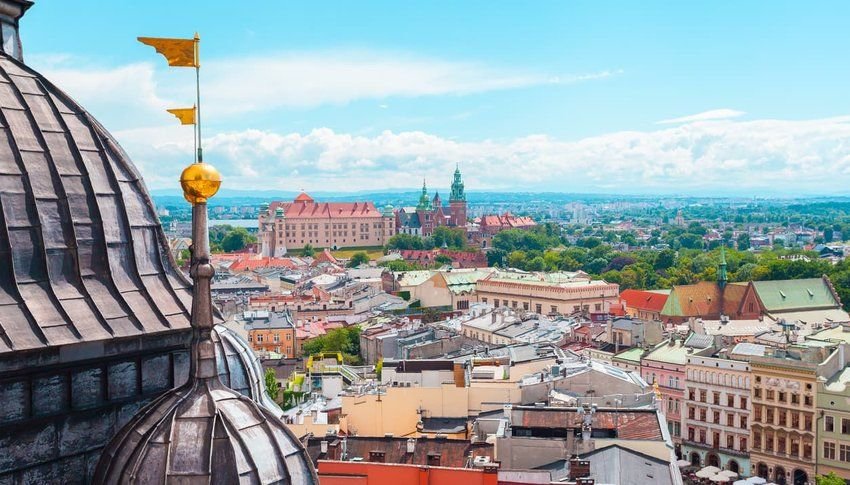 The New Top 5 Spots to Visit in Europe

Done London, Paris, Rome and Berlin? So has everyone else. These tourist hotspots have long dominated travelers' bucket lists, attracting thousands of visitors each year and leading to issues of over-tourism and crowding. As more of Europe opens up, consider traveling to one of the new best spots to visit in Europe.

Tourists once overlooked the Portuguese capital in favor of other hotspots like Barcelona and Rome but as word spreads, it’s Europe’s coolest place to visit right now. Its rich maritime heritage and history of exploration are fascinating to explore. Get your bearings as you ride the old wooden tram along route #28, from the lower town past the cathedral up to one of the many lookouts adorned with azulejos, the blue tiles you’ll see all over the city. Its food scene is thriving: try bacalhau (salt cod) or yummy Bulhão Pato clams cooked in olive oil, garlic, and coriander. Desserts are even more delicious; don’t leave without queuing for pastéis de nata in Belem. The line’s usually round the block but you’ll forget the wait as soon as that rich buttery pastry touches your lips.

Austria’s most charming city has long attracted skiers in winter and hikers in summer, who use the city as a jumping-off point. But the city’s music heritage and long history ensure that it’s a destination in its own right. Visit the birthplace of Wolfgang Amadeus Mozart and listen to his most popular works in concerts staged in historic venues. Take a cycling tour and sing along to the classic songs from The Sound of Music as you freewheel along the lakeshore and pedal up the cobbled streets of the Altstadt. The city’s at its best in December, when the twinkling lights and local handicrafts in the many Christmas markets add another dimension to this captivating city. Don’t miss the Krampus run with its scary monsters and jangling bells.

Edinburgh might be the Scottish capital but the largest city is enjoying a resurgence in popularity. New landmarks such as the Armadillo are leading the way in a regeneration of the River Clyde’s waterfront developments. Glasgow’s Victorian and Art Nouveau architecture has never gone out of style but the street murals which now adorn many of these historic buildings only add to their appeal. The Merchant City is home to trendy boutiques and fashionable eateries – our pick’s the delightful Café Gandolfi, particularly if you’re keen to try haggis. And if you tire of the city (though how could you?) beautiful Loch Lomond is just an hour away. Take a walk and you might catch a glimpse of the red deer and red squirrels that make this area their home in the forests that line the lakeshore.

Poland’s Royal family once lived at Wawel Castle. The 16th-century structure you see today replaced an earlier castle built by King Casimir III the Great. The medieval city on its doorstep, along with a captivating Jewish quarter, ensures that Krakow remains a popular destination for travelers. Begin your visit in Rynek Glówny, the huge market square where you’ll find the Renaissance-era Cloth Hall. In it you’ll find plenty of amber; the gemstone has been associated with Poland’s Baltic Coast since Roman times. Outside the city, many visitors take a day trip to the underground salt mine at Wieliczka and also to the haunting Nazi concentration camp memorial at Auschwitz.

Tourist numbers to Iceland have exploded in the past few years and it’s currently one of the most fashionable destinations anywhere in Europe. Stopover packages between North America and the European mainland have only cemented this popularity. A few days in Reykjavik is just enough to get a flavor of this enchanting island nation, though you can easily spend a few weeks exploring this unique country. On the way in from the airport, take a dip in the Blue Lagoon, the country’s most famous geothermal spa. In Reykjavik, admire the glittering Sun Voyager statue and the unusual architecture of the Hallgrimskirkja, inspired by the basalt columns found in the volcanic countryside. Take a Golden Circle tour to see Gullfoss, Geysir and Thingvellir, or venture further east along the ring road for the unmissable icebergs of Jökulsárlón glacial lagoon and the stunning northern lights.