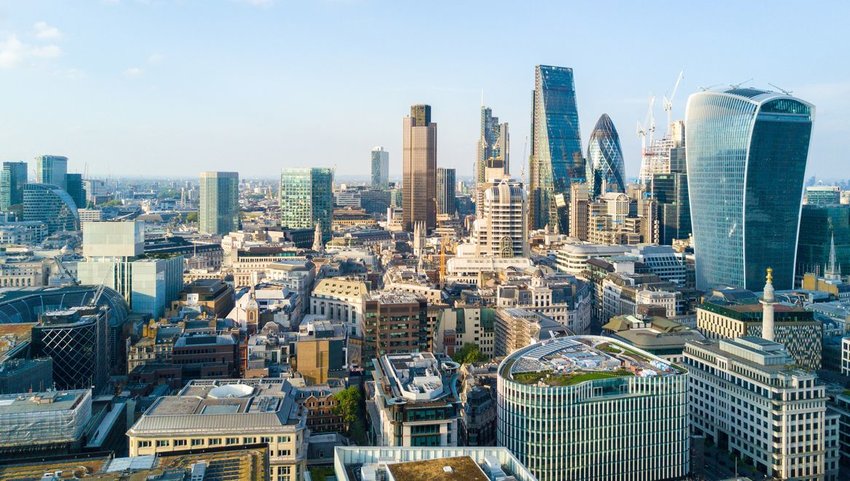 The Most Visited Cities of 2019

Sometimes we want to take the road less traveled, and discover something new. But other times, we get swept up with the crowds and want to see what all the hype is about. If you are ready to follow the masses and book a trip to the most visited cities in the world, read on. Global market research firm Euromonitor International has just come out with a report of the top 100 most visited cities for 2019 (based on international travelers who visited for at least 24 hours). Here are the top 10 most visited cities of 2019.

Turkey sits at the crossroads between the East and the West, and its capital Istanbul is a melting pot of culture, history, and fantastic cuisine. But you don’t have to convince the 14.7 million people who made their way to Istanbul in 2019 of its treasures. With one foot in the past, Istanbul is also a modern city with a burgeoning arts scene, like the one found in the Karaköy neighborhood. As you walk the streets, you’ll see that the city still shows influences from the Byzantines and Ottoman empires that once ruled it. A classic example is the iconic Byzantine Hagia Sophia, with its towering 6th-century dome and incredible Christian mosaics.

Kuala Lumpur is a vibrant city and a popular transit hub for travelers who are heading to other locales in Asia. It’s famous for the colorful food stalls that line its crowded streets and home to the famous Petronas Twin Towers. Welcoming more than 14 million visitors in 2019, the capital of Malaysia is a fun mix of culture, tradition, and modern skyscrapers. The city is adorned with a diverse mix of styles that reflect the cultures of the Malay, Chinese, and Indian residents who call Kuala Lumpur home. Hot spots include the botanical gardens, street markets, and the Batu Caves, the Hindu shrine dedicated to Lord Murugan.

New York City is the only American city that cracked the top 10 most visited cities in 2019. The Big Apple welcomed 14 million sightseers to the city and is full of iconic sights like Central Park, the Statue of Liberty, and Times Square. This energetic and fun-filled city has something for everyone with each borough proudly displaying its own unique style from trendy Brooklyn to stylish Manhattan. Art lovers will go crazy over the great museums, including NYC’s center of culture, the Metropolitan Museum of Art.

The oasis city of Dubai in the UAE can't seem to stop outdoing itself. This modern city in the desert welcomed more than 16 million visitors in 2019 and pulls out all of the stops to attract international tourists. From its luxury shopping and high-rise glass buildings to its swanky hotels, the modern side of Dubai seems like a totally different city compared to the traditional souks and historic homes that lie in the shadow of the Burj Khalifa, the world’s tallest building. Not to be outdone, there are the incredible artificial offshore islands of Palm Jumeirah, home to glitzy hotels, high-class apartment towers, and mouthwatering restaurants.

Paris is known as the City of Love for good reason. Complete with romantic tree-lined boulevards, the artistic Montmartre neighborhood, and the timeless River Seine, it’s impossible not to fall in love with Paris. From world-class museums like the Louvre to chic boutiques to arguably the world’s best cuisine, more than 19 million people said “oui” to the charm of one of the world’s most beloved vacation destinations. We can’t move on without mentioning the stunning Gothic cathedrals and the most iconic landmark in the world—the Eiffel Tower!

Singapore’s reputation as one of the safest countries in the world is one of many reasons it drew 19.7 million visitors to this melting pot of a city. The diverse population also makes Singapore a haven for expats who come to work and play in this city that is always reinventing itself. Foodies will love the unique restaurants like the Corner House, housed in a UNESCO World Heritage Site. Singapore is also home to one of the Changi Airport, a destination in itself. Check out the Rain Vortex, the world's tallest indoor waterfall.  Whether you’re an art lover, a foodie, or nature lover, Singapore has enough to keep you coming back for more.

If you want to visit an “over the top” casino city, then head to Macau. Aptly dubbed the “Las Vegas of Asia,” Macau hosted 20.5 million travelers in 2019. Located on the southern coastline of China, Macau is an autonomous body of China and was once a long-time Portuguese Colony. Visitors flock to Macau to enjoy the mixed styles of both Portuguese and Chinese cultures.  Stroll through the Historic Center of Macau, and you’ll experience the unique integration of Chinese and Portuguese cultures (the street signs are written in both Cantonese and Portuguese).

If you found yourself in London last year, you were not alone. Nearly 20 million people made their way through the city to visit iconic symbols like Buckingham Palace, Big Ben, the London Eye, and Westminster Abbey. London is also a city of cultural diversity with something for everyone, from great international cuisine to amazing festivals. Getting around the city is a snap on the Tube or one of the bright red double-decker buses. The city is not short of fun activities for the whole family. Check out their great museums, unique sports venues, and even catch a concert at the O2 Arena.

Bangkok is a perennial favorite for international travelers because of its great mix of historical landmarks and vibrant, modern nightlife. Almost 26 million people flocked to Bangkok in 2019 to marvel at the ornate shrines like the golden Grand Palace and Wat Phra Kaew, do some heavy-duty shopping, or stroll along the exotic canals and alleys filled with vendors selling delicious street food. Bangkok is the gateway to the rest of Asia and has a mix of both the ancient and the modern that keeps visitors coming back year after year.

Despite widespread political unrest and protests in 2019, Hong Kong still topped the list of the world's most visited city (the third year in a row). This fascinating and exciting city with a strong cultural heritage welcomed nearly 26 million international visitors to its bustling metropolis in 2019. It’s no surprise that Hong Kong is a mecca for tourists, boasting high-end shops, famed tailors, and the vibrant Temple Street Night Market. Don’t forget to visit the Tian Tan Buddha on Lantau Island. It’s the largest outdoor seated Buddha in the world!