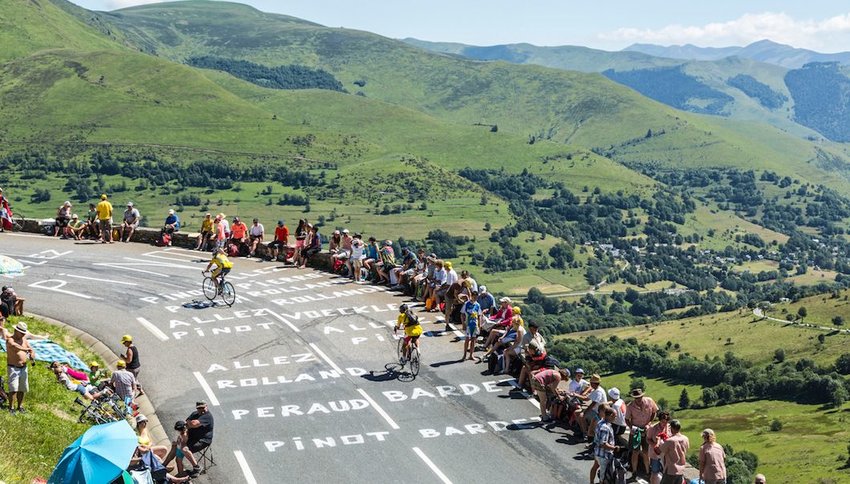 The Most Beautiful Spots on the 2019 Tour de France Route

The Tour de France has been riding hard since 1903. Though the race itself has always been the main attraction, the scenery has to come in second. That's especially true this year, as the route features a number of striking stops along the way. Beginning on July 6 and ending on the 28, this year's edition looks to be the most beautiful in some time. Here are some awe-inspiring cities and villages to keep an eye out for amidst the cycling.

Despite its name, the Tour de France has always been more than a French competition. This year’s Grand Départ — the official beginning of the 21-day race — takes place in Brussels, continuing a semi-regular tradition of commencing the festivities outside of France itself. (Germany, the Netherlands and Luxembourg are among the other countries to be so honored, with Denmark set to join their ranks in 2021.) The largest city in Belgium as well as its capital, Brussels is a striking destination that sometimes goes unrecognized when non-Europeans discuss the continent’s most beautiful cities — something that this year’s Tour could help correct.

The riders themselves won't have much time to take in the sights when Stage 10 of the race begins on July 15, but those in attendance will. With a number of dolmens (ancient tombs) and various signs of its Bronze Age occupation on display, Saint-Flour is one of the smallest, most serene locales on the route. A thousand-year-old town built atop the biggest stratovolcano in Europe, it's famous for its cathedral, rocky overhang and medieval fortifications.

Popular among skiers in winter and spa-goers the rest of the year, Bagnères-de-Bigorre is home to just 8,000 full-time residents — a number sure to rise on July 18, when Stage 13 of the Tour passes through the serene commune. Its original name translated to "watery neighborhood," which speaks to the thermal city's appealing hydrography. With its 19th-century buildings and the natural beauty of both the Pyrenees mountains and Adour river, Bagnères isn't to be missed — and, in the case of the Tour des Jacobins tower, you couldn't even if you tried.

Stage 17 — which, at a full 200 km, is one of the contest's longest — begins at Pont du Gard, an ancient Roman aqueduct spanning the Gardon River. A UNESCO World Heritage site, it's one of the best-preserved aqueduct bridges — as well as one of the most striking. Made of soft yellow limestone bricks, it's the kind of architectural marvel that's as impressive for its form as it is for its function. The Tour passes through here on July 24.

Though best known as the highest skiable area in Europe, Tignes is gorgeous year-round. The Tour gets quite mountainous in the final stretch, with Stage 19 ending in this five-village resort favored by skiers looking for a challenge. After the remaining riders pass through Tignes, they have just two stages until they cross the finish line on the Champs-Élysées.