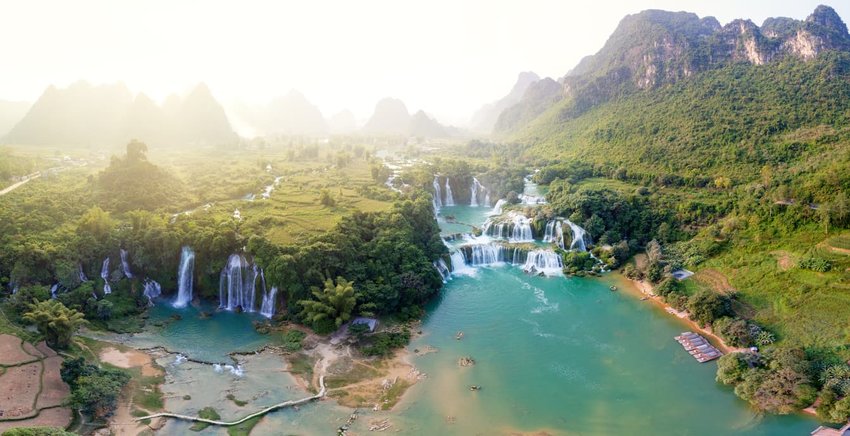 The Most Beautiful Places in Vietnam

Vietnam is one of Southeast Asia’s most surprisingly beautiful countries. The dramatic landscape offers everything from luscious tropical coastlines to jagged towering mountains. If you’re looking for non-stop jaw-dropping sights, then Vietnam’s natural and cultural wonders await. We’ve picked out some of the most beautiful places in Vietnam that will leave you in awe of this nation.

Halong Bay covers over 1500 square meters in northern Vietnam, near the Chinese border. Hundreds of limestone islands and islets are scattered across the bay and deliver spellbinding sea views from all angles. The area was declared a UNESCO World Heritage Site in 1994, and it’s no surprise as to why. The best way to revel in the bay’s beauty is to take a boat trip in the crystal waters and cruise amongst the islands’ jagged pinnacles 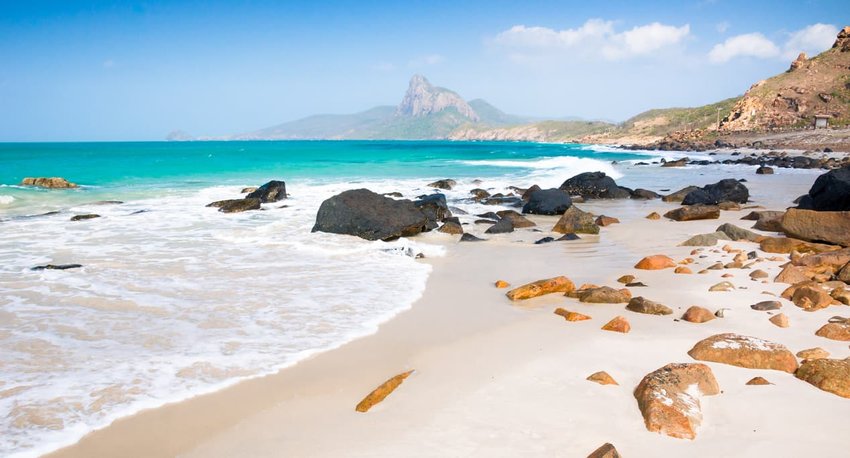 The mostly-uninhabited Can Dao Islands off the southern coast of Vietnam are home to expansive beaches sheltering in the shade of tropical evergreen trees. The archipelago is renowned for its vibrant coral reefs and beautifully clean beaches and has been made a National Park to protect its marine life. Each year around 400 sea turtles come to the Can Dao Islands to lay their eggs. If you visit Bah Canh Island in June and July, you may well be lucky enough to see the new hatchlings scuttling into the sea.

The Ban Gloc Falls, straddling the border of China and Vietnam, are not only beautiful but utterly impressive. Located along the Quay Son River in the northeast, the falls are 30 meters high on average and an astonishing 1000 feet wide, the widest in the country. The karst peaks separate the water down several tiers as it rushes amongst rocks and trees. The waters are an enchanting jade-green as if the water has absorbed the color of the rice fields, limestone pinnacles and bamboo groves it flows through. 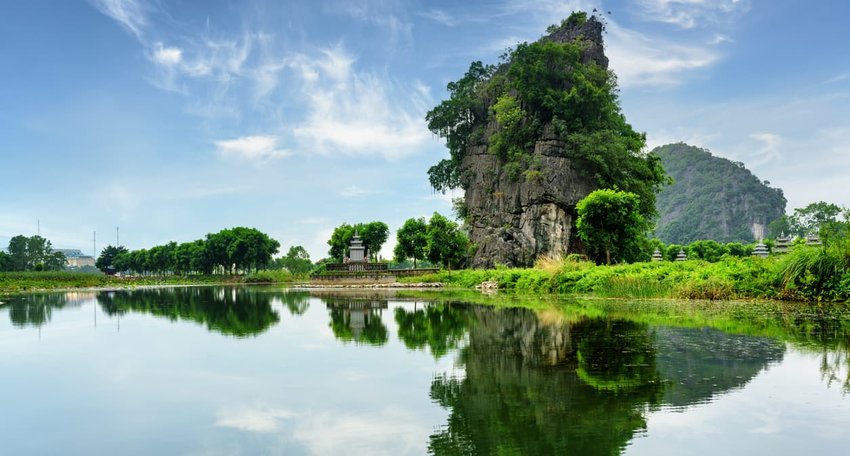 The Ngo Dong River gets its name from the delicate wutong tree, which decorates its banks. Part of the UNESCO Tràng An Scenic Landscape Complex, the serene water glows in the golden reflection of the sun. The river winds amongst enchanting scenery of limestone mountains and paddy fields and passes through three fairytale grottoes. On a trip along the river, you can venture through the cave system and marvel at the stalactites hanging majestically above you. 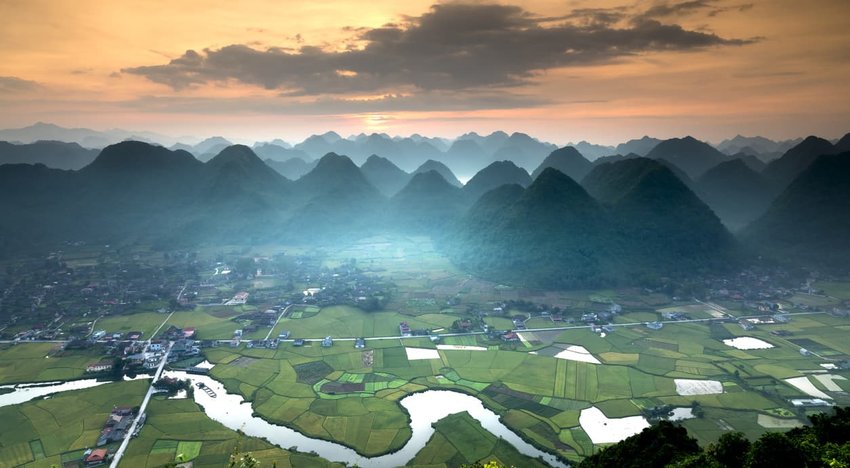 The Bac Son Valley is a luscious green paradise. Located south of Hanoi, the valley is surrounded by cone-shaped mountains and tranquil paddy fields. In the summer months, when the rice is ripening, the fields glow a vibrant green. Meanwhile, the neighboring mountains tower up to 1200 meters above, creating a lofty contrast. The best view of the landscape needs to be earned by climbing 500 steps to the peak of one of the mountains, where you have to catch your breath quickly before it’s taken away again by the view. 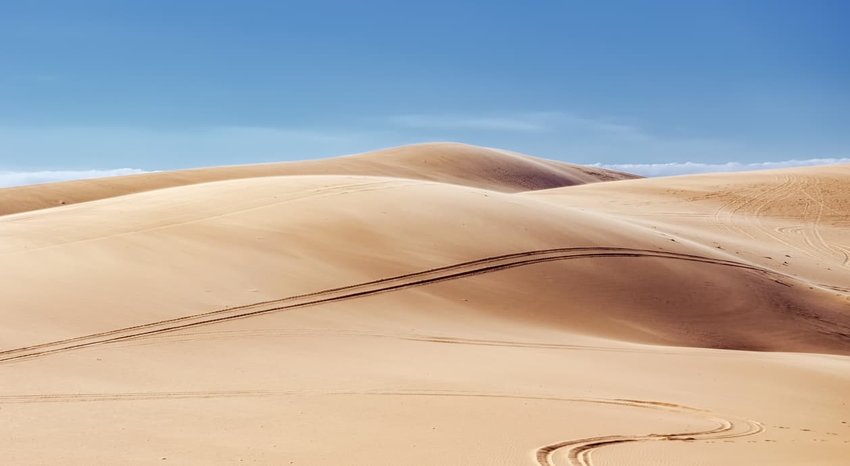 In stark contrast to many of the usual sites in Vietnam come the Saharan-like red and white sand dunes of Mui Ne. Found just four hours from Ho Chi Minh City, the dunes stretch 15 kilometers across the coast. The white dunes create an endless plain of rolling sand, constantly being re-sculpted by the winds. The dunes are striking in color, and a peaceful Fairy Stream even gives your feet a chance to cool off as you trek through the surreal rockscapes. 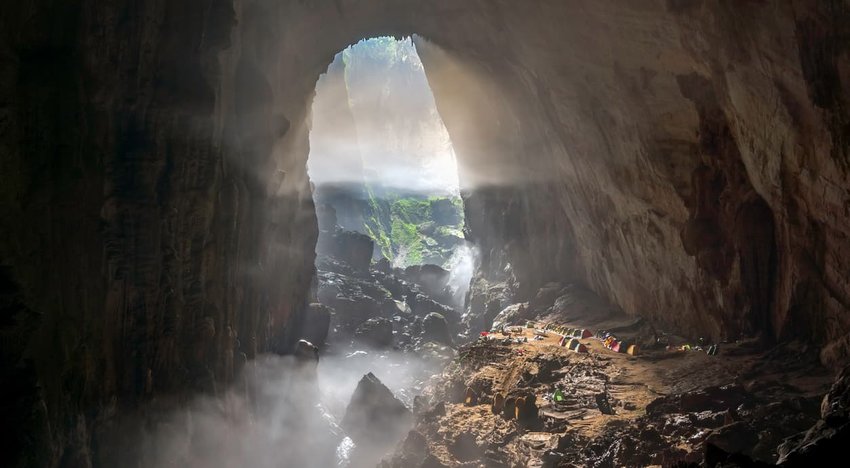 Set within Phong Nha-Ke Bang National Park, south of Hanoi, Hang Son Dong Cave is the world's largest natural cave. Discovered originally in 1991 by local Ho Khanh and then by the British Cave Research Association, visitors are now able to marvel at its beauty from inside. Sections of the cave reach up to 200 meters high where tremendous stalactites and stalagmites twinkle as they hang down like a foreign species. The immense size of the space is mesmerizing, and the misty clouds that envelop the cave add to its sense of otherworldliness.

Yet another UNESCO World Heritage Site, the 15th-century trade port of Hoi An oozes charm. Located on Vietnam’s central coast, in the Quang Nam province, the town is a popular destination. The Old Town overflows with handmade lanterns, rickshaws and low-rise merchant houses. Take a walk in the evening down the winding lanes and soak up the magical light that adorns the traditional wooden architecture. Or, rent a bike and explore the winding canal streets with a perfect view. 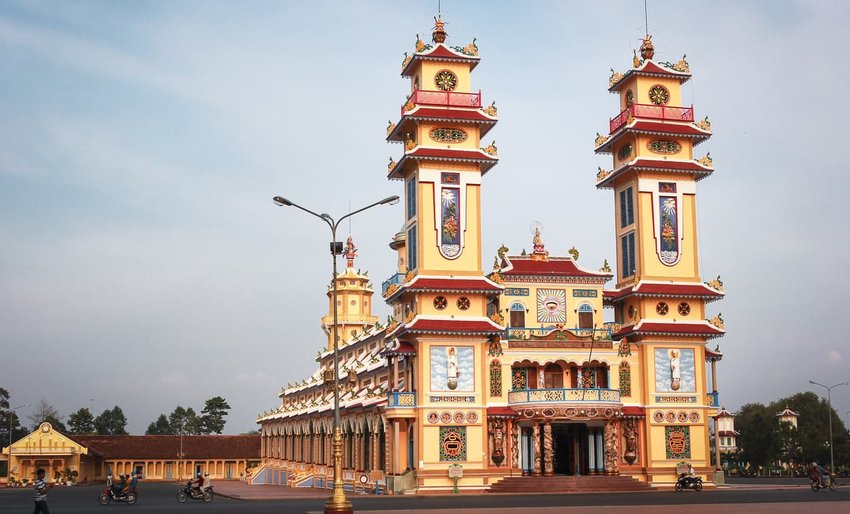 The Cao Dai Temple, built in 1955, resides in Long Than Village, northwest of Ho Chi Minh City. The temple is home to Vietnam’s own religion, Caodaism, where religious ceremonies offer something uniquely Vietnamese. On the outside, the domed temple displays colorful tributes to every imaginable divinity amongst ornately carved pillars. Inside, extravagantly decorated abstract designs and busy patterns are overlooked by the symbol of the Divine Eye. 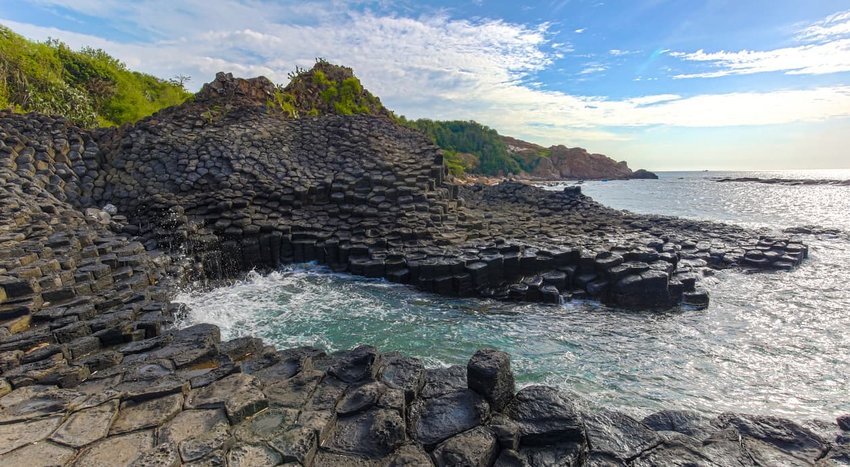 Vietnam’s own Giant’s Causeway, Ganh Da Dia, along the central coastline of Vietnam is a remarkable sight. The beautiful rock formations were created due to a perfect storm of natural events causing flowing lava to cool and crack as it reached the sea. The polygonal shapes have since been worn down by the sea and twisted by seismic activity. What is left is a giant puzzle of shapes that jut vertically towards the sky and lay piled on top of each other. With an estimated 35,000 pieces in total, it is a sight to behold. 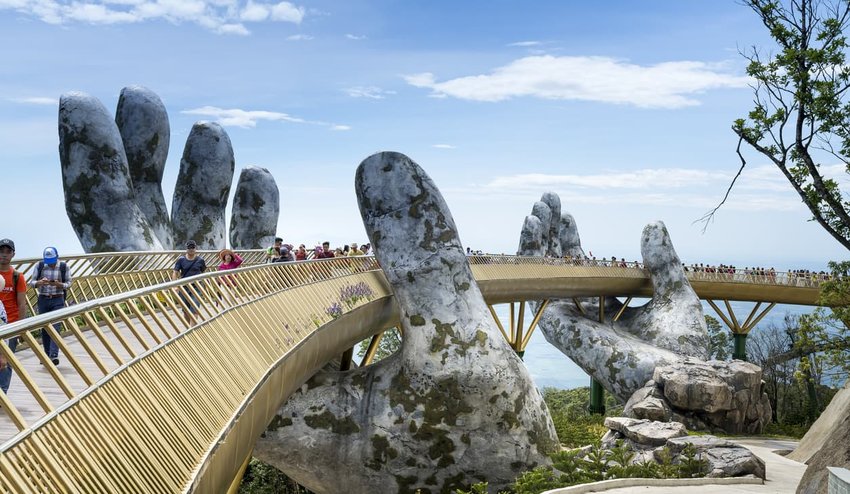 Recently opened in Vietnam's Trường Sơn Mountains, this stunning bridge has been making the rounds on the internet, astounding travelers who have found a new entry for their bucket list. This architectural beauty can be found in the Thien Thai garden in Ba Na Hills, a Vietnam resort outside the city of Da Nang. The bridge extends 150 meters, and appears to be supported by giant stone hands. The bridge isn't the only stunning part of this scene, however. The panoramic views of the surrounding valley make this one photo opportunity you won't want to miss.