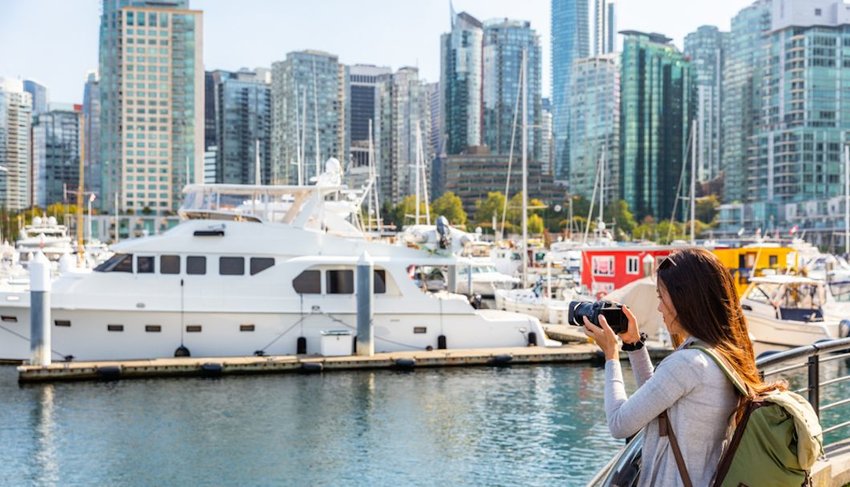 Redefining Home on the Road

As a traveler, the question "Where is home?" is a common icebreaker through the hostel lounges of Southeast Asia, rooftop bars across America's glittering metropolises, and the railway stations of Europe. Our home helps shape our perspective when we travel, as we continually compare our own customs and traditions to those of our host country. This perspective gives us greater appreciation for the places and its people we encounter on the road.

With a proud smile, Vancouver has always been my answer to this question. The pristine mountains, picturesque urban parks, and sandy beaches of Vancouver are where I grew up and continue to spend my time. And as host of my physical address, I never think twice when asked where home is.

But in an era of perpetual wanderers and digital nomads, the definition of home no longer equates to the stability of a physical place.

I had the fortune of volunteering for two months at an international school in the Vietnamese capital of Hanoi — leading science, math, and art classes for English-speaking six and seven-year-old students in the expat neighborhood of Tây Hồ. Catered to the children of diplomats and international businessmen, I quickly learned during our round of introductions as I stood before the class on my first day that these students had lived in as many countries as they can count on one hand. As one seven-year-old boy explained to me, he had already moved from Australia to Fiji, then to Tanzania and China at his young age before calling Vietnam his home for the next two years. We continued to the next student in the circle, a boy from the Netherlands who had recently moved to the Vietnamese capital from Madagascar. My class of 12 international students were met with an equally international team of co-teachers from America, Denmark, and New Zealand who had taught children throughout Korea, Japan, and Thailand before finding themselves in exotic Vietnam.

I was fairly new to the backpacking scene at the time, and though I had a handful of European countries and indulgent family cruises under my belt, learning about the endless destinations my young students and colleagues had experienced made me feel as if I hadn’t yet lived.

My students' thirst for knowledge and ability to quickly adopt new cultures is admirable. They're plucked every year or so from an environment that they've grown accustomed to and are deposited in a seemingly random destination before restarting the process of enrolling in another school, navigating a brand new social scene, and learning a foreign language. Curiosity about their jet-setting lifestyle and ever-changing routines of home life overtook me, and I grasped the opportunity to socialize with my students during our lunch hour together on this first day.

While conversing with a Japanese-American student, I asked what language she spoke at home with her parents, and after a moment of thought, she shrugged. With wide, innocent eyes that peered at me through the chestnut brown hair that framed her face, she asked, "Home? Where's that?"

I paused in confusion. In my opinion at the time, there was only one meaning of home. My teacher instincts wanted to share the dictionary definition of home, while my traveler instincts wanted to follow with an example. But in the moment it took me to formulate an answer that was easily digestible to a six-year-old, a lightbulb went off in my head.

These students have demonstrated that home doesn't have to be defined as a physical place nor does it have to be bound by four walls, redefining my understanding of the word. They’ve felt as much at home on the sun soaked beaches of Dubai as they have in the chaotic Old Quarter of Hanoi, as home is about the feeling of comfort and familiarity, and of wanting to be nowhere else. And as I've understood from my students, home is rooted in emotion, not geography. I evaluated my first day of school during my walk back to my homestay and I realized in an unexpected turn of events that the very first lesson of my first day at the school was one taught to me by my young students. What I received in return for the science, math and art lessons that I designed for my first and second grade kids was far more valuable - perspective.

Home is about the feeling of belonging and where we find moments of peace. Whether it be the vibrant streets of futuristic Tokyo which used to be a favorite family vacation destination, or the quaint villages of England which you happened upon on a rail journey across the nation, home is anywhere we allow it to be.