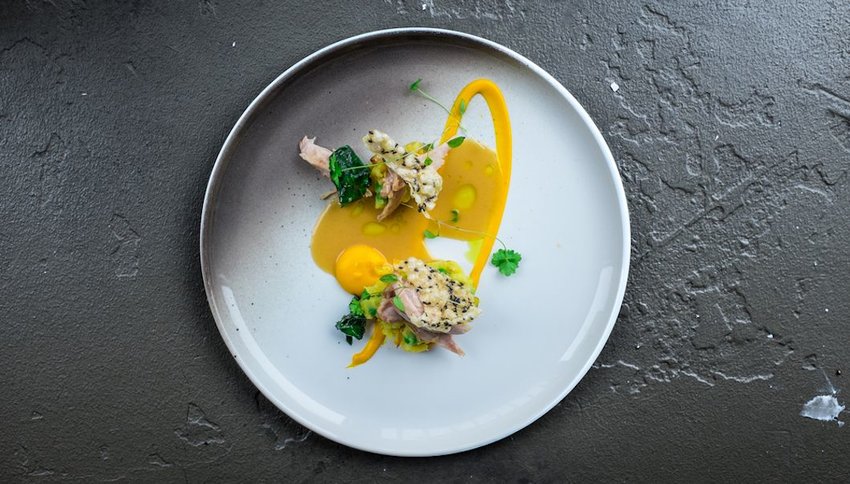 The Hottest Michelin-Starred Restaurants Around the World

The Michelin Guide awards between one and three stars to the restaurants that rank as some of the world’s best culinary destinations. Criteria include not only the best food but creativity and innovation as well. Earning even one star is a huge accomplishment for restaurants and is usually the mark of some delicious or inventive food within its doors. If you’re hoping to snag a reservation at a Michelin-starred spot, here’s a look at some of the hottest Michelin-starred restaurants around the globe.

Alinea is a relative newcomer on the dining scene compared to some others on this list. Chef Grant Achatz founded the restaurant in 2005, and it quickly made headlines in the gastronomy world. He continues to push culinary boundaries and is known for his unique and quirky food presentations along with deconstructions of iconic foods. Expect the unexpected if you’re lucky enough to snag a reservation at Alinea, as you might be dining on wild dishes like an edible helium balloon.

Chef Massimo Bottura has done wonders to bring attention to the culinary richness of Italy’s Emilia Romagna region. He and his Michelin-starred restaurant, Osteria Francescana, have been the subject of numerous documentaries and television shows. Not only does the restaurant have three stars, but Osteria Francesca was also the No. 1 restaurant on the World’s 50 Best Restaurants by San Pellegrino. The traditional tasting menu that he is most known for showcases the best products available in Emilia Romagna and has included dishes like five ages of Parmigiano Reggiano in five textures.

El Celler de Can Roca holds three Michelin stars and has bounced back and forth with Osteria Francescana for the No. 1 spot on the World’s 50 Best Restaurants list. In the most recent awards, El Celler de Can Roca came in as the No. 2 best restaurant in the world. Like Chef Bottura, the Roca Brothers have been featured on numerous documentaries. The cuisine is traditional Catalan with upscale and modern twists. The experience is truly a culinary journey and tells a story of both the family and the cuisine of the region.

If you aren’t lucky enough to snag a reservation for El Celler de Can Roca, try dining at the family’s original restaurant, Can Roca, or swing by Jordi Roca’s Rocambolesc gelateria for some decadent gelato creations.

Eleven Madison Park also had the distinction of being on top of the World’s 50 Best Restaurants list recently. Shortly thereafter, Chef Daniel Humm closed the restaurant down for several months for renovations, reopening in 2018. In addition to the traditional tasting menu option, which can be a difficult reservation to secure, Eleven Madison Park also offers a shorter bar menu. This is even available for walk-ins, but will still set you back around $200 per person.

Mak Kwai-Pui is no stranger to Michelin stars, having been a chef at the three-star Lung King Heen. However, he eventually left to open Tim Ho Wan, a casual hole-in-the-wall dim sum restaurant. Tim Ho Wan made headlines as the world’s cheapest Michelin-starred restaurant when it earned its first star. The move drew criticism from some while others applauded Michelin for finally paying attention to local tastes. The notoriety spawned a global expansion, and you can now find Tim Ho Wan branches in a number of other countries. While Tim Ho Wan may no longer be the cheapest Michelin star restaurant in the world — that honor now belongs to a noodle stand in Singapore — it still serves up some tasty dim sum, especially the baked barbecue pork buns.

Sukiyabashi Jiro, or Sushi Jiro as it’s commonly called, is one of the hardest Michelin-starred restaurants to get a reservation for. It only has 10 counter seats, and you’ll need a Japanese speaking friend or a 5-star hotel to assist with getting you in. It’s probably the most expensive sushi you might eat in Japan, but the experience will be unforgettable. Don’t be disappointed if you do not see chef Jiro however. Given the fact that he’s over 90 years old now, he is not in the restaurant every day.