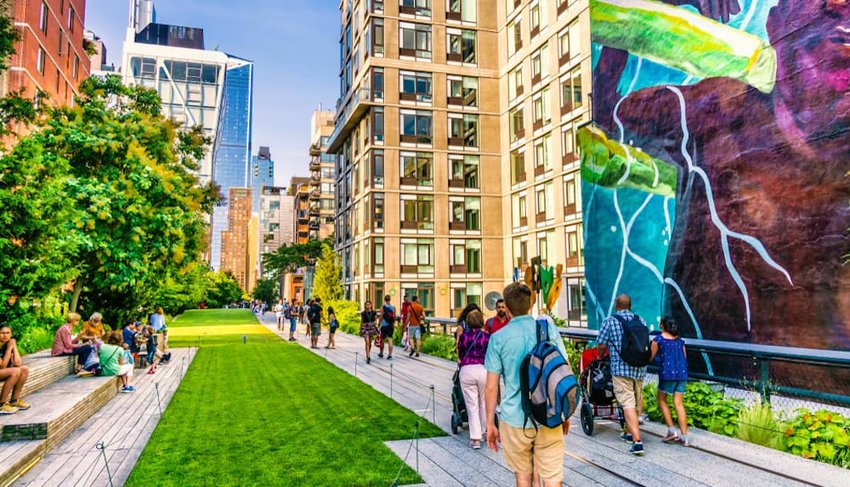 The Coolest Urban Parks in the World

In a world where major cities are dominated by soaring skyscrapers, bumper-to-bumper traffic and non-stop activity, occasionally we all need somewhere to get back to nature and collect our thoughts. Urban parks are our saving grace at times like these. The green lungs of a city offer an oasis of calm away from jam-packed tourist attractions, the bellowing sound of sirens and persistent irritation of beeping horns. Here are some of our favorites, which, as you’ll find out, are as diverse as the city centers themselves.

Nestled between the glistening towers and rugged mountains of Hong Kong Island is the 8-hectare Hong Kong Park. Water features, such as fountains, streams and waterfalls, are cleverly incorporated to connect the park’s different areas and landscaped gardens. Find your zen while sitting next to an ornamental pond or by visiting the tai chi garden. Delve into the life of Chinese tea ware at the Flagstaff House Museum of Tea Ware and spot exotic plants in the Forsgate Conservatory botanic garden. Don’t miss the Edward Youde Aviary, where bird species from the Malesia biogeographical region fly around a replica rainforest.

Covering 160 hectares, Parque Ibirapuera is Sao Paulo’s largest park and a place to relax, exercise and enjoy cultural activities. Inaugurated as part of city’s 400th anniversary, it features designs from acclaimed Brazilian architects such as Oscar Nieyemer, the man responsible for large parts of Brasilia’s architectural landscape. For those who wish to take it easy, there’s pristine lawns dissected by tree-lined pathways and lakes. Active visitors relish in biking and jogging lanes, exercise stations and soccer pitches. There’s also plenty on offer for culture vultures. The Ibirapuera Aristotle Orsini Planetarium, Museum Afro Brasil and São Paulo Museum of Modern Art will keep you busy for a few hours at least.

Stanley Park occupies a unique setting on a peninsula at the edge of downtown Vancouver and where the waters of English Bay and Vancouver Harbour meet. About 17 miles of trails zigzag in and around this urban forest, leading to beaches, tennis courts, lakes, a pitch-and-putt golf course and the Vancouver Aquarium. There’s thousands of trees within the park, including the 700-800-year-old Hollow Tree, whose survival is nothing short of miraculous considering the area was used for logging in the 1800s. Make a point to see the 32-million-year-old Siwash Rock, the First Nations totem poles at Brockton Point and the Prospect Point Lookout. A walk or bike ride on the Seawall waterfront pathway is also highly recommended.

What do you do when an overflowing  river causes constant flooding to a city? Divert the river and turn its old riverbed into a 110-hectare public park, of course. Valencia’s Jardín del Turia is masterpiece of architectural and landscaped design that curves for almost six miles around the edge of the city center. There’s so much on offer that you can spend weeks seeing it all. First there’s the lush gardens dotted with orange, palm and pine trees, fountains, ponds and statues. There’s the 18 bridges, which showcase architectural styles from the 15th century to present-day. You’ll also find the superb City of Arts and Sciences, Oceanografic aquarium and Valencia Bioparc. Kids will love the Gulliver-themed playground, too.

We all know about New York’s Central Park but what about The High Line, a raised urban space set along a mile-long section of the former New York Central Railroad. This is where the smart people of Chelsea come to escape from the bustle of the Big Apple. Flowers, shrubs and trees were planted in train tracks to turn a rundown area into a beautiful haven of greenery. Spend your time admiring works by exciting contemporary artists and wandering amid pretty garden zones. Enjoy views of the Hudson River and Manhattan skyline from the various observation points and sundecks. Have fun at events such as concerts, dance classes and silent discos. You can plan your visit to the park by downloading the handy High Line app.