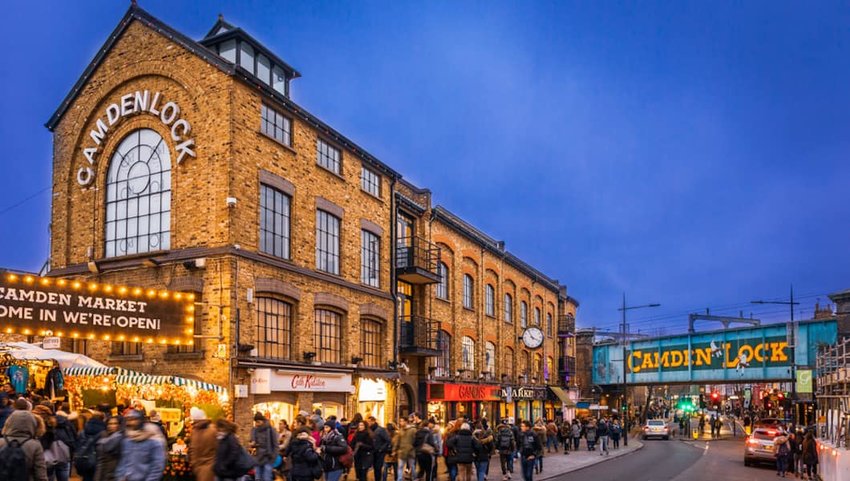 The Coolest Neighborhoods in London

To experience the hippest neighborhoods in the British capital, you’ll need to venture north, south and of course, east of the city. There you’ll find the trendiest bars, the newest restaurants and an eclectic mix of retail outlets, buskers, live music venues and start-up galleries that ensure a place on the capital’s hot list. If you’re planning a visit to the UK in 2019, these are the coolest neighborhoods in London right now.

Bordering the city, Shoreditch is crammed full of artists, writers and fashionistas. It’s built a reputation for itself as the home of modish bars, restaurants and boutiques providing value for budget, in contrast to the higher prices more common in the West End. Even the area’s workspaces are cool. Take Village Underground, for instance: four tube carriages and two shipping containers were relocated on top of a disused railway viaduct beside an old Victorian warehouse, refurbished and converted. Add to that a number of speakeasies, like Callooh Callay and The Nightjar, as well as some mighty fine ethnic eateries such as Andina and The Jones Family Project and you’ll see why those in the know are flocking to the area.

Hipster hangouts come and go, but somehow Camden manages to maintain its spot on the cool list. It’s long been the emblematic stomping ground of London’s counter culture, evidenced by indie record stores and alternative clothing suppliers. The Camden Roundhouse in Chalk Farm is a magnet for more unusual theatre and performing arts productions. It's a venue that has seen the likes of The Ramones, The Clash and The Sex Pistols within its walls, and was the place where Amy Winehouse played her last ever gig in 2011. Down the road on Camden High Street you’ll find the Electric Ballroom. Joining the impressively long line up of artists who have played there are Prince, Snow Patrol, The Killers, Stereophonics, U2, Joy Division, Red Hot Chilli Peppers and Public Enemy.

This South London neighborhood has come a long way since it gained notoriety from the 1981 riots that splashed Brixton’s name across the front pages for all the wrong reasons. It’s home to the Black Cultural Archives, opened the same year, as well as a chocolate museum, a farmer’s market and arguably the best American pancakes south of the river at Three Eight Four on Coldharbour Lane. A stroll along its streets is a pleasure, thanks to a plethora of street art, the most famous of which is the Bowie mural on the wall of department store Morleys on Tunstall Road (it opened in 1880). It’s even got its own urban local currency, the Brixton pound. How cool is that?

Multicultural Hackney is well known for its creativity. The industrial buildings, canalside streets and empty walls of this corner of East London play host to street art from the likes of D-Face, Stik Man and Banksy. The clubs and bars of Hackney Wick draw a young crowd late into the night, while the district’s craft breweries ensure that beer drinkers aren’t short on choice. Even when it comes to leisure Hackney follows its own path. Hackney City Farm has charmed kids of all ages since it was established in the mid Eighties and more recently, the opening of the heated outdoor pool of the London Fields Lido means you can take a dip the cool way at any time of the year.

Let’s finish with somewhere that will surprise most Brits. We still associate Peckham with Del Boy and Rodney from the classic TV sitcom Only Fools and Horses but Peckham is the only one of London’s neighborhoods to make it onto a list of the world’s coolest in a survey commissioned by Time Out. SE15 boasts PeckhamPlex, for bargain basement movie going, plus the trendy Bussey Building, once a warehouse but now a hub for culture, be it theatre, live gigs or film screenings. Dine out on Balkan fare at Peckham Bazaar or popular Thai eatery The Begging Bowl. If you book early, you’ll snag a room at the delightful Victoria Inn. As Del Boy himself would say, “Lovely jubbly!”