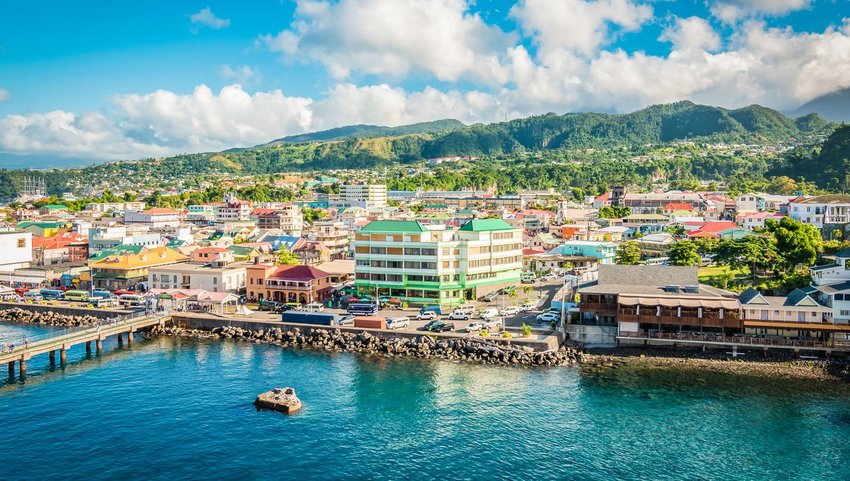 The Best Small Cities in the World

Did you know that some of the world’s most beautiful capitals are also pretty cramped? Although they pack a lot into a small space, these cities are contenders as some of the best in the world. Make sure you don't miss them.

With a permanent population of only 826, this city state located entirely within Rome is a delight to explore. Vatican City issues currency, runs a separate postal service, and even has its own security force in the form of the Swiss Guard. Inside the walls, you’ll find the enchanting Vatican museums, which include the Sistine Chapel. The main sight, however, is St. Peter’s Basilica, the largest church in the world. Come at Easter, when St. Peter’s Square is packed with Catholics from around the world.

Home to fewer than 5,000 people, San Marino is a charming capital. Occupying a commanding position overlooking Italy, it’s one of just three countries in the world to be completely surrounded by another. Explore the Guaita, an 11th-century tower that stands on one of Monte Titano’s three peaks, and the Cesta, which occupies the tallest. The whole city — and country for that matter — is laid out before you. Don’t miss the Palazzo Pubblico, which is home to parliament in the world’s oldest continually operating democracy.

The capital of the Caribbean island of Grenada is a beauty. The city lies on the slopes of an ancient volcano framing a horseshoe-shaped bay and its setting is nothing short of spectacular. Climb up to Fort George, the oldest of the city’s fortifications, or the well-preserved Fort Frederick. From your chosen vantage point, you’ll have the perfect view to watch boats coming and going in the harbor below, as well as the action on the waterfront promenade known as the Carenage.

Spain’s smallest city is a fortified settlement built on a slope. It was granted independence by Alfonso VIII of Castile over 800 years ago and gained its city charter in 1435. Red-roofed homes cluster beneath the ruined castle and the city’s church, but if you’re expecting a sprawling metropolis, you’ll be disappointed. Today, the place has a population of around 300 people and despite its charter, it feels much more like a village than the city history professes it to be. But don’t let that stop you visiting it. The place is gorgeous no matter how you look at it.

With a population of almost 15,000, Roseau deserves more than a hurried excursion from a cruise ship. Stay a while longer and learn about the place in the Dominica Museum. Browse the produce at the market, admire the pastel-colored homes, and chill out with a cool drink at a bar or café. Come in October and you can expect the pace to pick up a bit thanks to the annual World Creole Music Festival. Let your hair down at this energizing and addictive, rum-fueled party thumping to the beat of soca, calypso, and reggae.

Sandwiched between Austria and Switzerland, the tiny country of Liechtenstein is often forgotten, and its capital Vaduz even more so. The city lies in the shadow of a 12th-century castle — the royal family residence. The pedestrianized town center can be easily explored on foot and a must-see attraction is the contemporary Kunstmuseum Liechtenstein with a focus on modern art. Housed in a mediaeval building, the National Museum is also worth a visit.

Sleepy Nuku’alofa is a city of just over 22,000 people and a stroll along the main drag Taufa'ahau Road to the welcoming Friends Café is a good place to begin if you’d like to meet some of them. Aside from occasional days when a cruise ship docks, there’s not much going on, but that’s the charm of the place. Browse the market for souvenirs, take a walk along the waterfront to watch the fishermen, or visit the city’s twin Royal sites — the palace and nearby tombs.

The archipelago nation of Palau spreads over several hundred inhabited islands and the island of Koror is one of them. It’s home to a small city of the same name that was once the country’s capital until it relinquished the role in 2006 to even tinier Ngerulmud. Koror has a diverse collection of restaurants, shops, museums, and monuments — making this an essential stop off before you start island-hopping.

The colorful capital of Antigua is one of the Caribbean’s most enchanting cities. Brightly painted shops and businesses illustrate a mix of British colonial and contemporary architectural styles. The oldest, on Long Street, dates from 1750 and was once the courthouse. It’s now the base of the Museum of Antigua and Barbuda. Don’t miss the vibrant market as well as the duty-free and souvenir shops that can be found near the cruise ship dock at Heritage Quay and Redcliffe Quay.

It’s hard to believe that this grand city is home to roughly 6,000 people, but Valletta is full of surprises. The Maltese capital features a walled city shoehorned into a tiny peninsula that owes its existence to the Knights of St. John. It takes its name from Grandmaster Jean Parisot de Valette, who founded the city in 1566. The place is even listed as a UNESCO World Heritage Site. Best of all, you don’t have to be a gentleman to visit. These days, everyone is welcome.