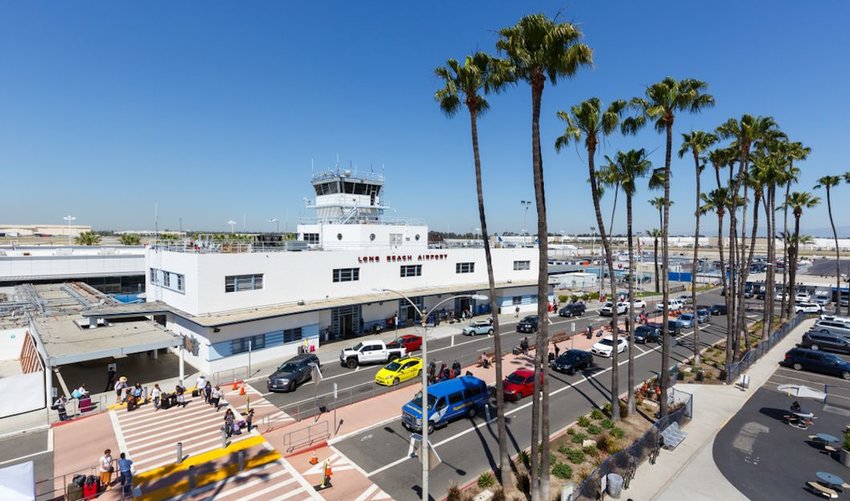 The Best Small Airports in the U.S.

Big airports offer the pick of the litter when it comes to flights, airlines, and restaurant options, but long lines, crowded terminals, and hectic check-ins are part of the deal. Small airports are the exact opposite. After an easy check-in, you can breeze through security and then grab a pre-flight coffee in a tight 15 minutes. Even better, many smaller airports are home to budget airlines, which help keep your travel costs low. Combining ease and affordability, our picks for the best small airports in the U.S. are worth considering the next time you book.

Why We Like It: If your southern California plans include a day at the beach, skip LAX and fly right into Long Beach. Located off the 405 and only four miles from the ocean, it’s a much better option if you want to access the beach towns south of L.A. To travel further south, hop on the 5 and drive two hours to San Diego, enjoying the scenic coastal views along the way.

Why We Like It: Depending on your final destination, Bangor International Airport might be your best bet for air travel to Maine. Only an hour from the beauty of Bar Harbor, Bangor is an easy drive to the state's most popular summertime destination. And while Portland’s southern airport is also lovely, Bangor’s central location makes it easier to access various parts of the state from Mount Katahdin to islands off the coast.

Instead Of: Dallas-Fort Worth International

Why We Like It: Less than 20 miles from bustling Dallas, Dallas Love Field Airport is a more compact and cheaper alternative for fliers headed to Texas. As a major hub for Southwest Airlines, Love Field is closer to downtown Dallas, which makes it an easy choice for weekend getaways to the city. Plus, the airport recently completed cosmetic renovations, which makes it all the more appealing to domestic travelers.

Why We Like It: Lehigh Valley is conveniently situated halfway between Philadelphia and Newark. An hour’s drive in each direction will get you to either city and another 45 minutes will get you to Manhattan. Since this regional airport is small, clean, and convenient, it makes for a more relaxing travel experience than the big city hubs nearby.

Instead Of: Boston Logan International

Why We Like It: Manchester-Boston Regional Airport is a mere hour from Logan with a convenient bus running to and from the city. Since it’s outside of the big city, Manchester is the perfect launchpad for road tripping around northern New England from the mountains of New Hampshire and Vermont to the southern coast of Maine.

Why We Like It: Located 30 miles north of downtown Seattle, Paine Field is an excellent alternative to Seattle-Tacoma. Plus, if you’re driving north to Vancouver or to the ferry in Anacortes, flying into Paine will allow you to skip Seattle’s horrendous traffic on Interstate 5. Since it’s home to a Boeing manufacturing plant, the airport is also a must-see for traveling aviation geeks.

Why We Like It: With a motto like “fly easy,” who wouldn’t like this small North Carolina hub? Almost halfway between Charlotte Douglas and Raleigh-Durham, Piedmont Triad is a safe bet for smooth travels. When compared to its neighboring airports, the crowds are typically minimal and the lines are blessedly brief.

Instead Of: Hartsfield-Jackson Atlanta International

Why We Like It: Although it’s the largest airport in Alabama, Birmingham-Shuttlesworth is small and easy to navigate with only one terminal and a handful of airlines. The drive to nearby Atlanta takes a little over two hours, which makes for an easy trip after the wheels touch down. On the way home, Jim ‘N Nick’s Bar-B-Q is the perfect spot for some southern fare while waiting for your flight.

Instead Of: LaGuardia or John F. Kennedy International

Why We Like It: If you’re headed to Long Island, skipping the hassle of Manhattan is a no-brainer. Home to low-budget airlines like Southwest and Frontier, MacArthur Airport makes a trip to the Hamptons or Fire Island quicker and easier. If the Big Apple is calling your name, the Ronkonkoma stop on the Long Island Rail Road is only a 10-minute cab ride from the airport.

Instead Of: San Francisco International

Why We Like It: Not far from Big Blue, Reno-Tahoe International is best way to fly to Lake Tahoe. It's a quicker commute and you get to skip all the Bay Area traffic and head straight to the serene lakeside. Plus, Reno has all the trappings of a big city airport —including slot machines — without the hassle.