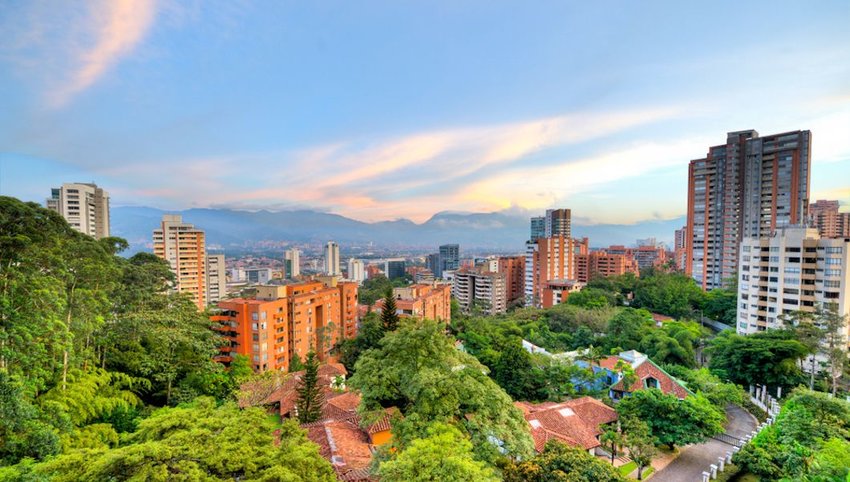 The Best Places to Retire in South America

If you're looking for the ideal place to spend your retirement years, then you might want to consider living in South America. Several cities in South America present a high standard of living at an incredibly affordable price for U.S. and European retirees. Moreover, the continent is reachable by direct flight from the U.S., has countries whose currency is tied to the dollar, and boasts sunny corners throughout. From a mountain town in Panama to a bohemian beach community in Uruguay, here are the best places to retire in South America.

Buenos Aires is an excellent choice for retirees who want to maintain a fast-paced city lifestyle. In the Argentine capital, you’ll discover a seductive charm that blends the best of European architectural elegance with Latin customs and a burgeoning culinary scene. It’s a metropolis of round-the-clock action with a thriving café culture, superb performing arts venues, and vibrant nightlife. Political and financial uncertainty is ingrained into Argentine society, but if you can put it to the back of your mind, then this is an extremely enjoyable and low-cost place to live. The U.S. dollar is stronger than ever, meaning that comprehensive medical insurance is available for less than $200 per month and eating out is cheap.

Here are some useful tips for moving to Buenos Aires.

Nestled in the foothills of Ecuador’s southern Andes, the colonial city of Cuenca offers culture on the cheap. Its stand-out attraction is the UNESCO-listed historic center, where glorious churches and the flower-filled balconies of mansions frame cobblestone streets. Complementing this time-honored setting is access to modern amenities and conveniences such as high-speed internet connection. The clean mountain air that accompanies a mild, year-round climate characterized by warm days and cool nights is an extra plus. Ecuador uses the U.S. dollar as its official currency, which means no unwanted exchange fees.

Here are some useful tips for moving to Cuenca.

Panama — especially Panama City — has long been a retirement hotspot for U.S. residents. The nation’s currency is pegged to the dollar and since the city's a global financial hub, it means that English is widely spoken among the locals. But rather than follow the crowds to Panama City, set up home in the town of El Valle de Antón. This mountain town sits within the crater of an extinct volcano and is famous for its cloud forests, hiking trails, hot springs, and mud baths. The coast is only an hour’s drive away too. Panama welcomes U.S. retirees with open arms via the Visa Pensionado, which offers residency and discounts on flights, restaurants, utility bills, and more.

Here are some useful tips for moving to Panama.

Brazil is blessed with coastal cities, but the beachside charm, folkloric traditions, and modern residential lifestyles of Fortaleza are hard to beat. This city has some of the cleanest water in Brazil coupled with agreeable year-round temperatures that average out at around 79 degrees Fahrenheit. For those who love to be outside, the seaside promenade is a constant hive of activity filled with people exercising, jogging, strolling with babies, and walking dogs. Dozens of beach bars are the perfect spots for soaking up the sun. The current strength of the U.S. dollar means that your retirement funds and savings will go a long way and enhance your dream of owning a seafront property.

Here are some useful tips for moving to Fortaleza.

Home to a solid banking system, Uruguay is a safe haven for offshore investors and an attractive place to relocate. It’s also arguably the South American country with the least corruption, lowest poverty levels, and lower crime rates. From Punta del Este to the Brazilian border, Uruguay’s Atlantic seaboard is still an undiscovered treasure. La Barra has a cluster of colorful houses spread along a rugged coastline of excellent surf beaches. There’s also a growing number of private woodland neighborhoods and contemporary apartment towers with international-standard amenities. The town’s beaches, bars, and restaurants are buzzing in summer but come the off season, it’s truly a locals-only hangout.

Here are some useful tips for moving to Uruguay.

Like Cuenca, Medellín is positioned in the Andean foothills and it boasts a pleasant climate that earns it the nickname as the "City of the Eternal Spring." Once notorious for civil wars and drug cartels, Medellín now makes a name for itself with its eco-conscious planning, innovative design, and modern infrastructure. This is a city of beautiful parks, colonial-era plazas, and tree-lined avenues that showcase years of Spanish influence. European undertones are also visible in the fashion styles and mannerisms of younger city residents. Owing to a neutral accent, Colombia is often considered among the best places to learn Spanish in South America, which will enhance your transition to a Latin culture.

Here are some useful tips for moving to Medellín.