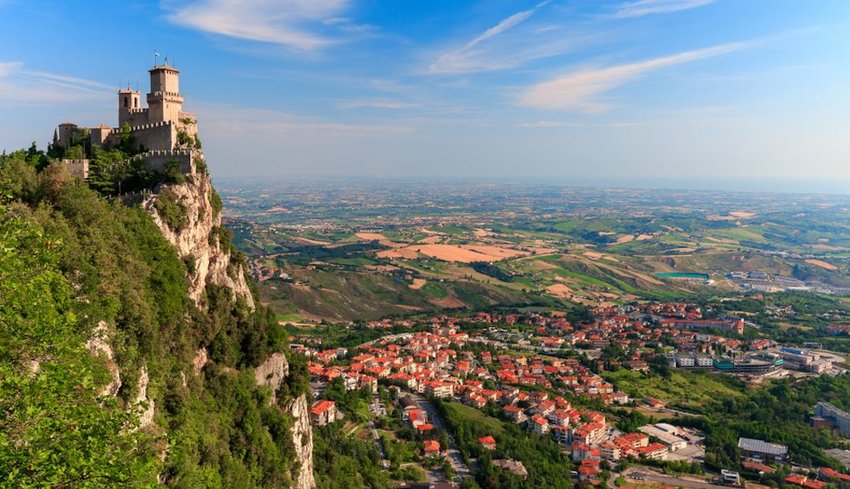 The 5 Coolest Countries You Haven’t Heard Of

There comes a point in your traveling life when following the herd just won’t cut it anymore. It’s not that Mexico, Switzerland, or India aren’t worth your time, but if you’ve “been there, done that” and are now looking for something a little off the beaten track, then here are our picks for the five coolest countries you haven’t heard of.

The world’s oldest surviving republic makes up for what it lacks in size with beauty. Three towers cling to craggy perches visible from miles away. The views from their ramparts across to the Adriatic Sea and inland towards the Apennine Mountains are breathtaking. Beneath the forested slopes of Monte Titano, the cobbled streets of its picturesque capital city are steep but worth exploring for the clutch of museums, churches, and duty-free shops you’ll find there. But arguably the coolest attraction is San Marino's historic parliament building, which opens its doors to visitors when not in session. On an upstairs wall you’ll find a bust of none other than Abraham Lincoln. In 1861, San Marino bestowed the U.S. President with the honor of dual citizenship and he accepted, without having set foot in the country.

Adrift in the South Pacific, the island archipelago of Vanuatu is a compelling destination for intrepid travelers — particularly for those who venture to its more remote islands. You’ll find the palm-fringed sandy beaches and turquoise water you’d expect in paradise, but unlike some of its neighbors, Vanuatu’s not a one-trick pony. It’s home to a number of active volcanoes including Ambae, Ambrym, Lopevi, though it's explosive Yasur on Tanna Island that hogs the limelight. This nation also boasted a bungee tradition long before A. J. Hackett founded his pioneering business in 1980s New Zealand. On Pentecost Island, it’s long been a ritual for men to land dive off a 98-foot-high wooden tower with their ankles tied to vines, as part of the annual yam harvest festivities.

When you’re Africa’s last absolute monarch, what happens in your kingdom is your business. In 2018, to mark 50 years of independence, King Mswati III of Swaziland changed his country's name to Eswatini — meaning land of the Swazis. There are year-round opportunities for whitewater rafting on the Great Usutu River, horseback riding across the Malolotja grasslands, and wildlife spotting make this nation one of southern Africa’s most rewarding tourist destinations.

Ask a friend to name Europe’s best wine-growing countries and chances are they’ll rattle off France, Spain, Italy, and Germany. But only true aficionados would add Moldova to that selection. The capital, Chisinau, hosts a weekend festival each October to promote its ever-growing wine list. Not far away, you’ll find the world’s largest wine cellar if you measure by the number of bottles — Milestii Mici. Wine aside, this former Soviet republic is one of Europe’s hidden gems. The monastery, Old Orhei, has a 2,000-year history, while the flamboyant mansions of Gypsy Hill in Soroca are a more recent draw.

Central Asia is the hottest spot on the travel map right now. Thanks to a coordinated policy from its government, Uzbekistan has topped the must-see lists of every broadsheet and glossy magazine for the last couple of years. Now, it’s Tajikistan’s turn to follow suit. Dushanbe’s modern skyscrapers have revitalized the Tajik capital, but to truly appreciate this overlooked nation, you need to head out into the countryside. Follow the ancient Silk Road through the wild Pamir Mountains and detour to hike the scenic Jisev Valley. In the Fann Mountains, visit breathtaking Iskanderkul, which was once dubbed the Soviet Union’s most beautiful lake. It takes its name from Alexander the Great who, according to legend, diverted a river in a rage and inadvertently created this stunner of a glacial lake in the process.