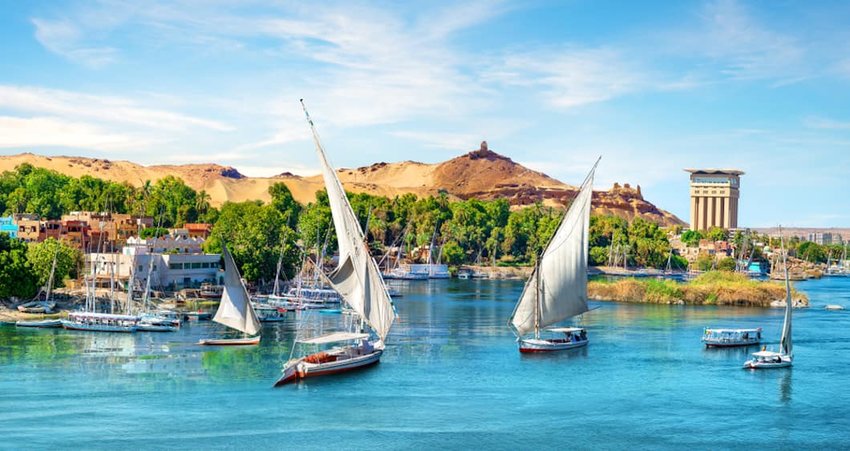 The 25 Most Beautiful Places in Africa

If you thought Africa was all desert and savannah plains you’d be wrong. Its landscapes are as diverse as they are breathtaking, a liberal helping of pretty beaches, charming towns and stunning panoramic views. Here are our picks for the 25 most beautiful places in Africa.

The view from the dunes at Bloubergstrand across the water to iconic Table Mountain is one of the most beautiful sights in South Africa, if not the world. Set your sights on colorful Bo Kaap and the delightful beach suburb of Camps Bay in Cape Town itself.

Many of us associate tea growing with the hill country of India and Sri Lanka, but East Africa’s soil and climate are equally suitable. Uganda’s lush and verdant farms form some of the country’s most photogenic landscapes.

The sleepy town on the island of Lamu wakes up to the call of prayer that reverberates through maze-like alleys. Watch out for calm mules wandering the streets and delight in the water lapping at the shores of this peaceful place.

The snow-capped Atlas Mountains form the backdrop to one of Morocco’s most scenic views in the Dades Canyon. On the way from Marrakesh, visit the ancient caravanserai of Aït Benhaddou, a UNESCO World Heritage Site.

The River Nile at Aswan

The soft pink light of sunrise or sunset enhances the sight of a flotilla of white-sailed feluccas on the Nile. The river is at its most enchanting near the southern city of Aswan, a world away from the chaos of Cairo.

Stone Town’s aging mansions were built out of soft coral stone and protected by thick wooden doors that have become more handsome as they’ve aged. Wander the labyrinthine alleyways of this delightful town whose merchants made their money trading the spices that are still grown on the island of Zanzibar today.

Nature doesn’t get more powerful than at Victoria Falls, where enormous quantities of water tumble into the gorge creating the spray that gives the place its local name: the Smoke that Thunders. This is beauty at its most dramatic.

In recent years, Sierra Leone made the headlines for all the wrong reasons, held in the grip of a terrifying ebola outbreak that decimated its population. Fortunately, that’s now history and the country can gain instead the publicity it deserves for its gorgeous beaches, so far off the beaten tourist trail you’ll have them to yourself.

The blue paint that gives Chefchaouen its characteristic glow attracts artists and photographers keen to capture some of its magic. Sometimes overshadowed by the likes of Marrakesh and Fes, this is one of Morocco’s most unique and beautiful towns.

Located in the north of this extraordinary country, the Simien Mountains are an undisputed highlight. Towering escarpments, sheer cliffs and plunging valleys support a wide range of flora and fauna that makes this area one of Africa’s must-sees.

Sleepy La Digue is the most charming of the Seychelles’ major islands. There, rent a bicycle to loop the coast road hopping from one incredible beach to another. There’s no traffic, but you might have to ring your bell to persuade one of the island’s giant tortoises to move off the road.

Though Boa Vista and Sal have the best beaches, Cabo Verde’s charm is as diverse as it is appealing. Head to the quieter island of Fogo to see the stark beauty of its volcano and lava field, or hike the mountain trails of Santo Antao.

Take a minute to check your location: the whitewashed homes of Sidi Bou Said with their bright blue windows and doors could just as easily be found on a Greek Island. The views over the Mediterranean Sea are just as stunning from this Tunisian gem as they are further east.

Avenue of the Baobabs, Madagascar

One of Africa’s most iconic images, the Avenue of the Baobabs is a major tourist draw for the island nation of Madagascar. Book a safari to spot the country’s cutest inhabitants, its furry, wide-eyed lemurs.

Though the plains of the Serengeti and neighboring Kenya’s Masai Mara give it a run for its money, it’s the approach to Ngorongoro which sets it apart. Pause at the top of the access road to take in the view across the crater of this ancient volcano before descending to discover the many animals which make their home in its base.

Erta Ale is the show stopping centerpiece of this most raw landscape. Harsh and inhospitable, this is the spot where three tectonic plates slip apart to create an alien world that is as terrifying as it is beautiful.

This swampy inland delta floods seasonally, creating a habitat for a large variety of local wildlife including elephants, hippos, crocodiles and more. It’s no surprise that it’s one of the country’s premier safari destinations as a result.

Mozambique’s long coastline is lined with many unspoiled and stunningly attractive beaches, none more so than the sands of the Bazaruto Archipelago just offshore. Its clear turquoise waters are home to a plethora of marine life, including sea turtles and dugongs.

Namibia’s most photogenic spot relies on blocks of color to give it the wow factor: the rich terracotta sand, the bleached white of the clay pan and above it, an ultramarine sky. Adding interest – and scale – are the skeletal camel thorn trees that make sense of the place’s name.

Turn your back on Elmina’s bustling fishing market for a moment and gaze out to sea. The white stone walls of Elmina Castle, built by the Portuguese, are framed by a row of palms and backed by a deserted beach lapped by the Atlantic Ocean’s breakers.

The Cirque de Mafate is all that’s left of a collapsed volcano called the Piton des Neiges. Access views like this the easy way, by helicopter, or hike the lush trails that lead to the crater rim.

Situated near the Equator, this tropical island nation has plenty of stunning beaches backed by jungle. The country’s prettiest spots include Lagoa Azul and the instantly recognizable Pico Cão Grande, a volcanic rock likened to a skyscraper as it’s so tall and slender.

Once it was an important stop on the Trans-Saharan trade route for merchants carrying loads of salt, gold and slaves. Today, Djenné is a sleepy backwater town but its mud mosque has been wowing intrepid travelers for decades.

The jewel of one of Africa’s most underrated countries, Cameroon, is the spectacular Chutes d’Ekom. Fun fact: these 80 meter high waterfalls sit on the Nkam River surrounded by lush rainforest and were the setting for a 1980s Tarzan film.

At the south-western tip of this pretty island, the landscape ramps up a notch. Dominating the scene is a hulking basalt monolith called Le Morne Brabant whose dark tones form a stark contrast to the aqua and blue hues of the nearby ocean and the vivid greens of the plants and trees around its base.