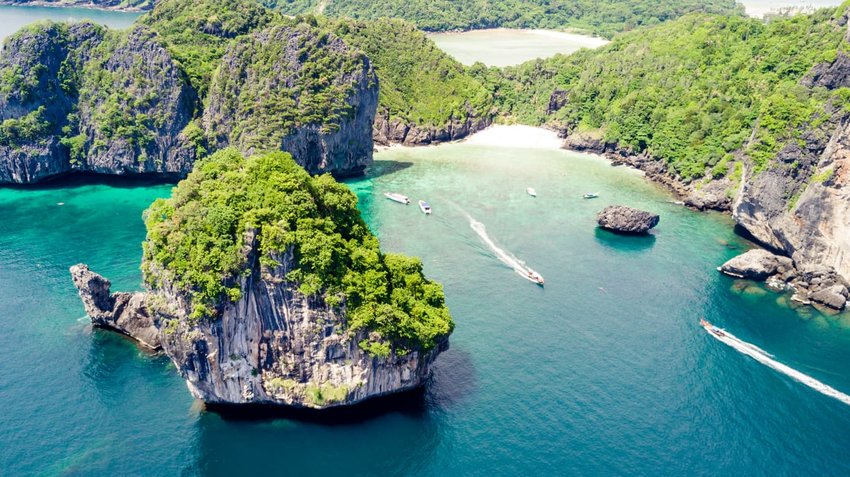 Its golden sun, shimmering sands and gently rolling waves that grace the Andaman Coast consistently rank Thailand’s beaches as some of the world’s most sought-after destinations. An exotic and equally enticing getaway for ultimate fun in the sun seekers, Thailand presents a number of beaches that must find its place on every beach bum’s bucket list. 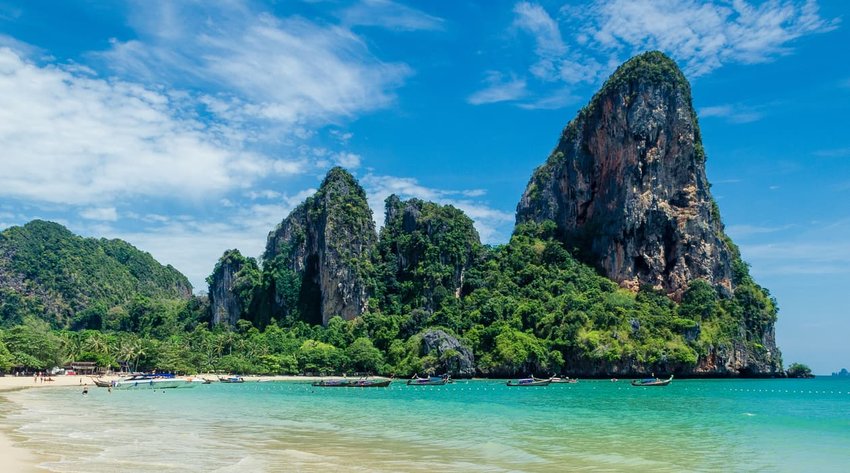 Wedged between Ao Nang Beach and Krabi Province on the Railay Peninsula, Railay Beach is only accessible by longtail boat. The swirling white sands and clear blue waters of Railay Beach are backed by a dramatic landscape of karst limestone cliffs that rise from the ocean floors, making this Thailand’s premier outdoor climbing jungle as well as one of the nation’s most popular stopovers on a beach hopping journey. Though technically situated on the mainland, Railay Beach still manages to exude an isolated island feel. 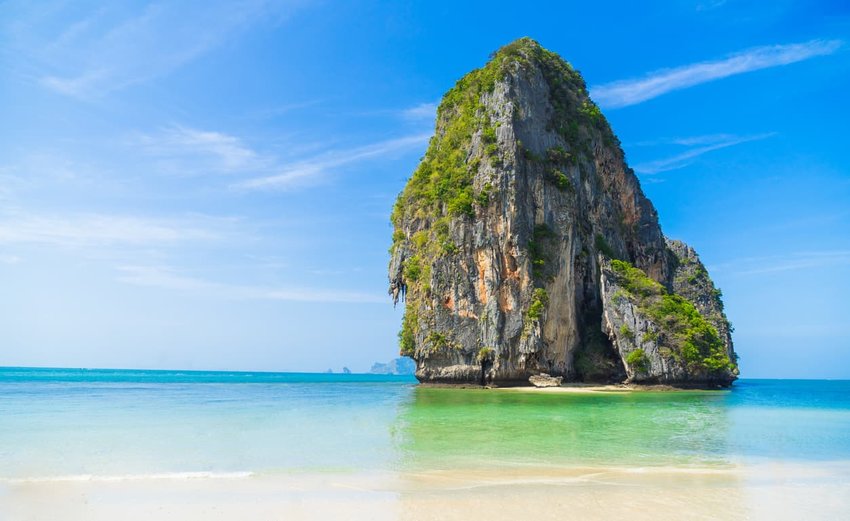 A mere 10-minute walk from Railay East or breezy 20-minute longtail boat ride from Ao Nang will transport you to the soft sands of Phra Nang Beach. Enveloped by karst scenery, it’s considered one of Thailand’s most picturesque. Opt for the walk from Railay, which leads through Phra Nang Cave, its sheer faces adorned with fertility shrines and symbols of luck placed by couples who wish to have children. Colorful coral reefs, sparkling waters and a succession of caves begging to be explored make this naturally-stunning beach a bucket list worthy item. 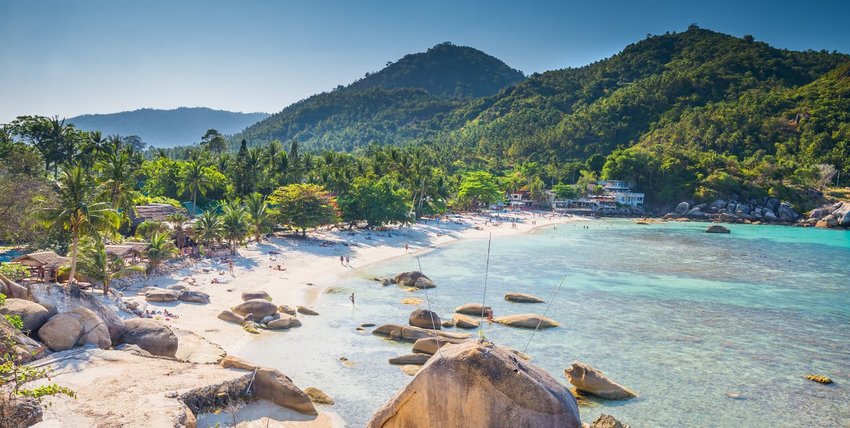 Chewang's main thoroughfare of Chaweng Beach Road is undeniably crowded - flanked by flashy tattoo parlors and kitschy souvenir shops, it's expertly tailored to backpackers and beach vacationers. However, with a dizzying array of hotels and resorts come a fine selection of dining establishments and buzzing nightlife, if you're after some action. In contrast, head to Chaweng Lake for a wander when night falls and beach bums swap their sandy towels for beers at the bumping bars. Chewang’s perfect arc of pale golden sand is fringed by an army of swaying palms, and is especially picturesque in the golden glow of sunrise.

Renowned for its rambunctious nightlife and raucous Full Moon parties, Haad Rin is a bucket list beach for hardcore party animals. Once a month each month, the sparkling sands of Haad Rin transforms into an open air nightclub where a heady mix of bucket sized cocktails, frenzied dancers and infectiously upbeat music collide. The nightlife here remains lively between Full Moon parties, but celebrations aside, Haad Rin is still a favorite among beach hoppers.