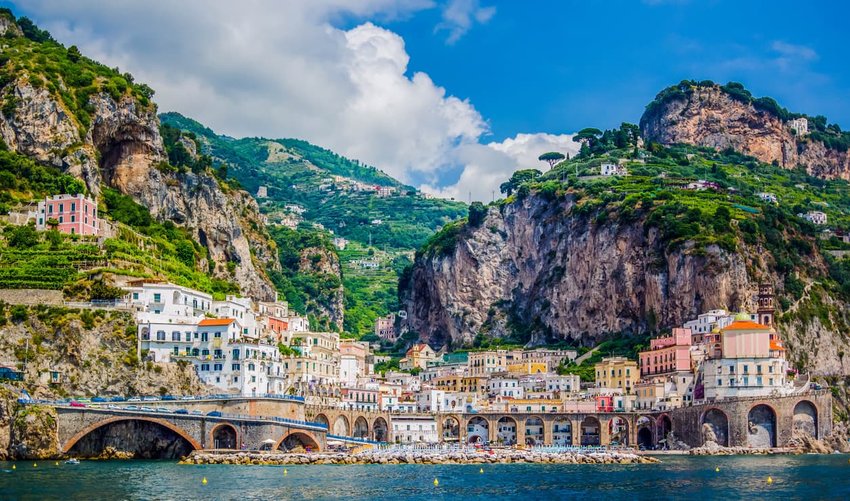 Even in Europe, there are few countries that can boast as many stunning and diverse corners as Italy. The center of culture and art since the BCE days, this boot-shaped country on the Mediterranean has long inspired poets, artists, and travelers from around the world. Each ancient brick, colorful coastal town, and turquoise wave crashing upon its shores is steeped in magic. And that's just what you see - once you touch upon the other senses, Italy is an overwhelming mix of scents and tastes that will entrap you.

If you can't make it to Italy this afternoon, enjoy these stunning photos of the country that launched a thousand Instagram posts. 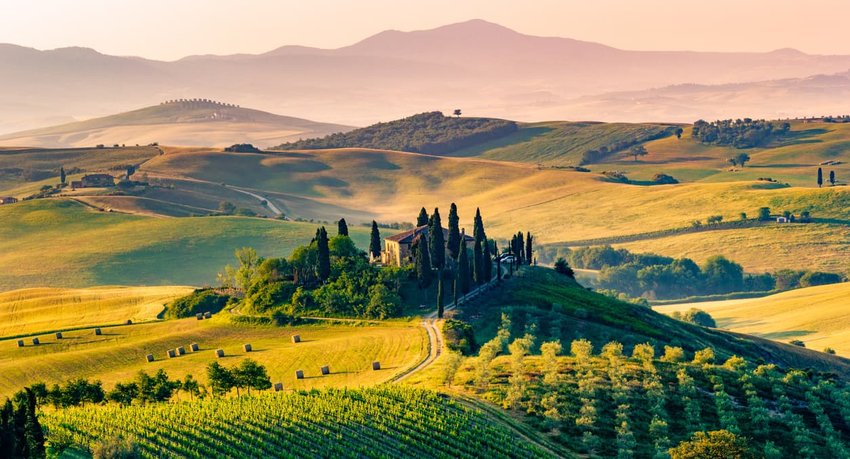 Nestled in southern Tuscany, Val d'Orcia features the rolling green hills dripping with grapes and spotted with neutral villas. Picturesque doesn't even begin to cover it, and this UNESCO site will leave you feeling find under the Tuscan sun. 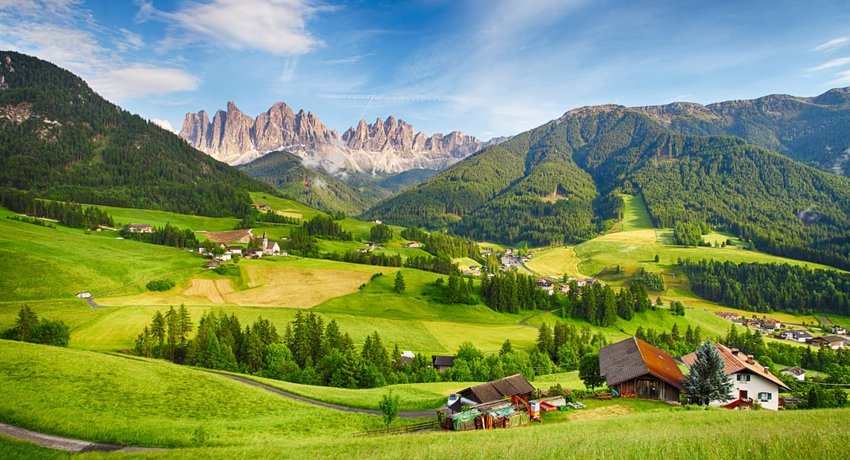 Scattered throughout the towering, rocky Dolomites Mountain range, adventure-seekers can find some of the most charming villages in Italy. Drawing distinct influence from neighboring Switzerland, these towns and villages give off an aura of tranquility, even as the jagged peaks in the background promise grand adventure. 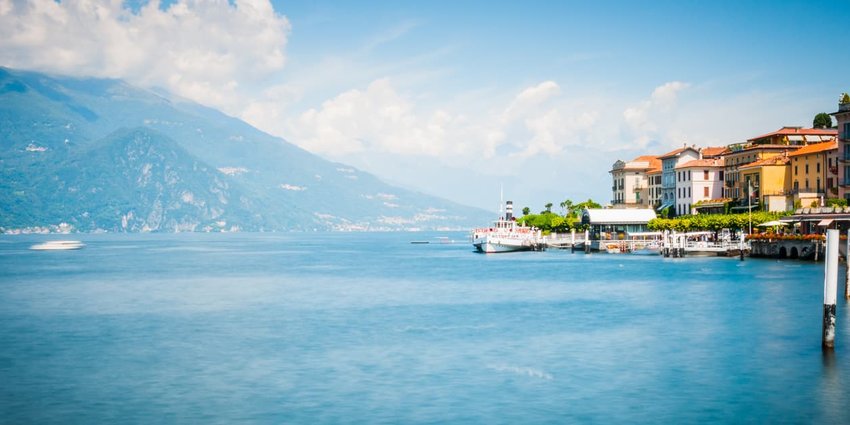 There's an obvious reason the likes of George Clooney have made their homes in this northern lake region. Pictures just don't do the sparkling lake, villa-lined shores, and peaceful surrounding mountains justice. 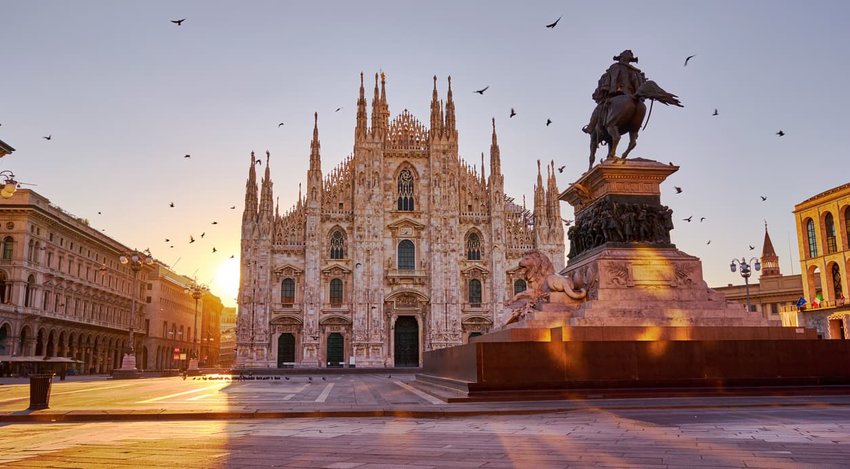 Often referred to as one of the world's fashion capitals, this northern Italian city offers much more than runways and shops. Historic corners and stunning architecture abound, tucked in a bustling metropolis.

A name synonymous with colorful buildings perched precariously close to a turquoise sea, Amalfi inspires the traveler looking for a quiet retreat. With few attractions, the town instead encourages a relaxed attitude, and you'll want to do little more than just sit there and look at its spellbinding beauty. 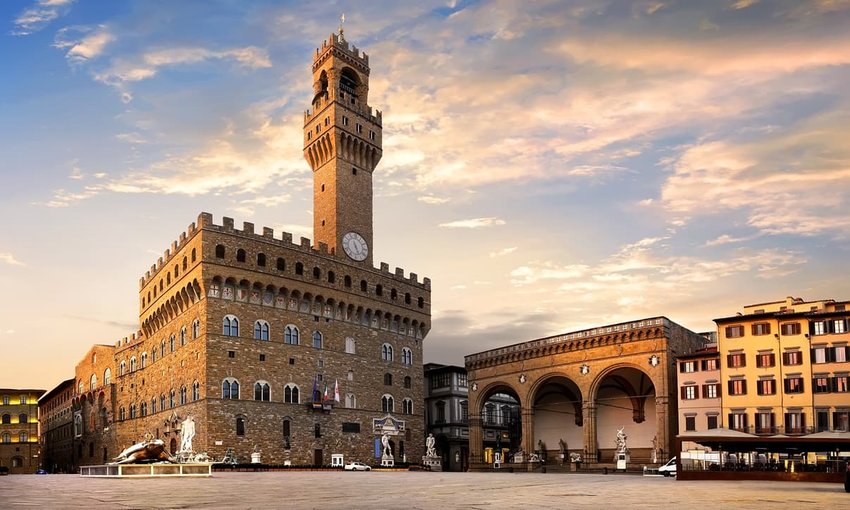 Home to some of the Renaissance's greatest artwork, Florence defies the notion that a bustling metropolis can't be pretty. While the towering Duomo church and red-roofed buildings might attract most, it's the art and history-filled plazas that bring out the heart of the city. 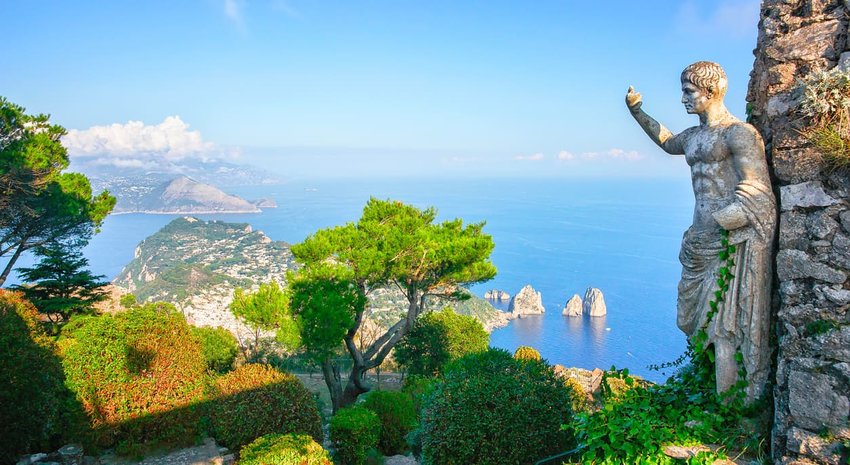 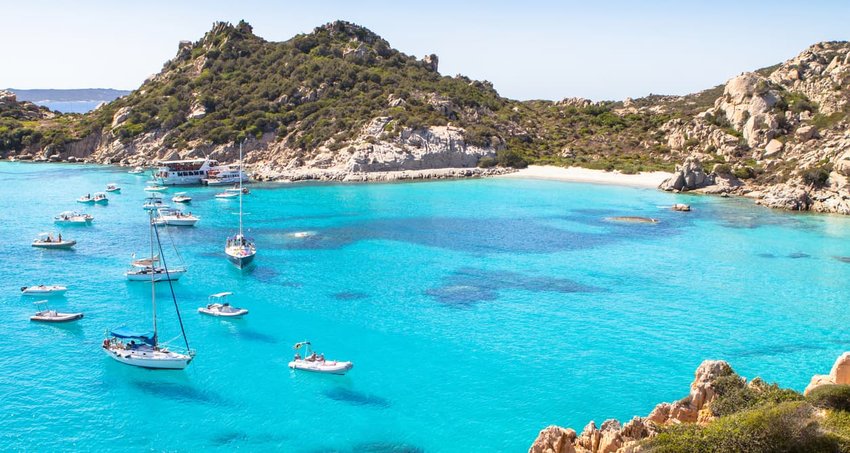 Of Italy's many coastal islands, Sardinia is one of the most underrated. Like others, it features turquoise blue perfection and beautiful vistas, but it embodies a series of unique oddities, from 4 million grazing sheep to its own distinct cuisine. 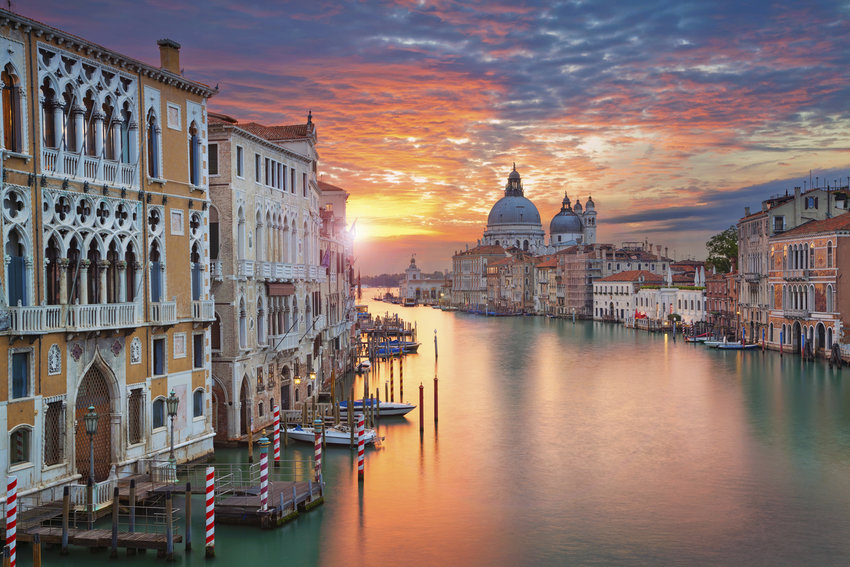 The entire city of Venice is a whole photo shoot waiting to happen. Each corner is more photogenic than the last, and while the Grand Canal and bustling San Marcos Square may be the most recognizable spots, it's the hidden corners and narrow canal alleys that entrance visitors. 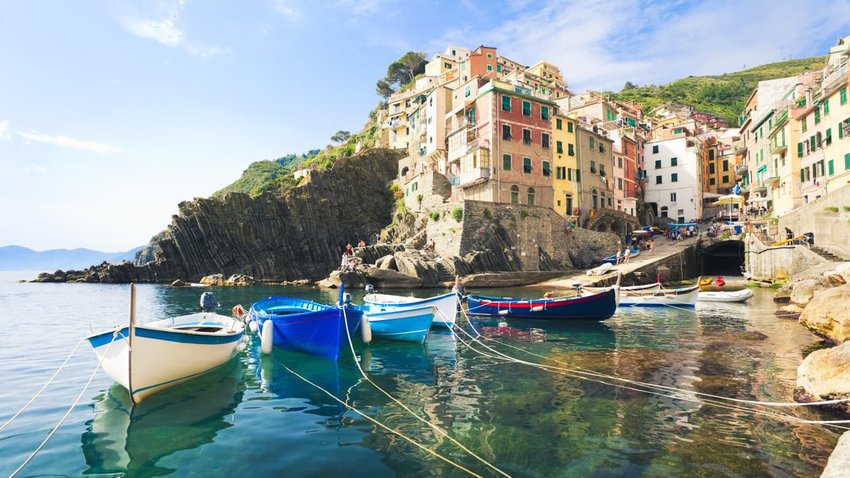 The five villages perched along Italy's northern coast are starting to rival Rome as the nation's top tourist draw. Each town embodies its own charms, and whether you stick to the harbor of Riomaggiore or hike between them, this area is a worthy addition to your list. 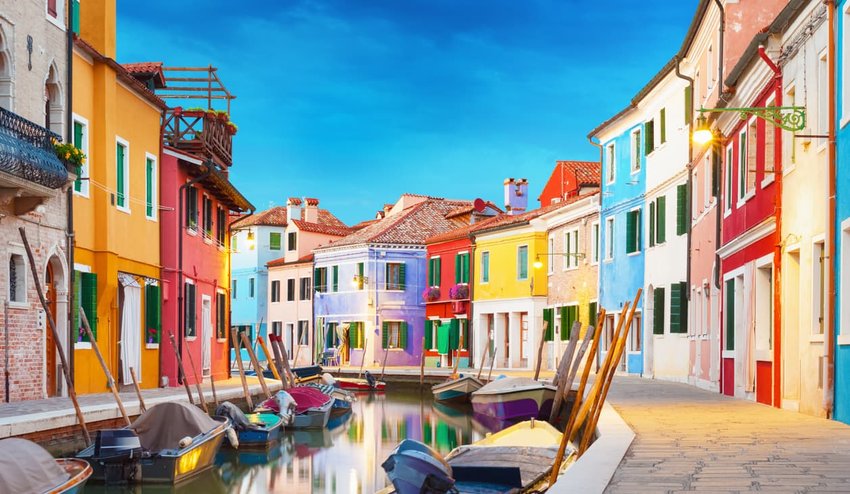 Colorful and vibrant, the houses in this Venitian island are a photograph waiting to happen. But beyond the brightly-painted facades, this island is world-famous for its lace products and local cookies called "bussolai buranei." 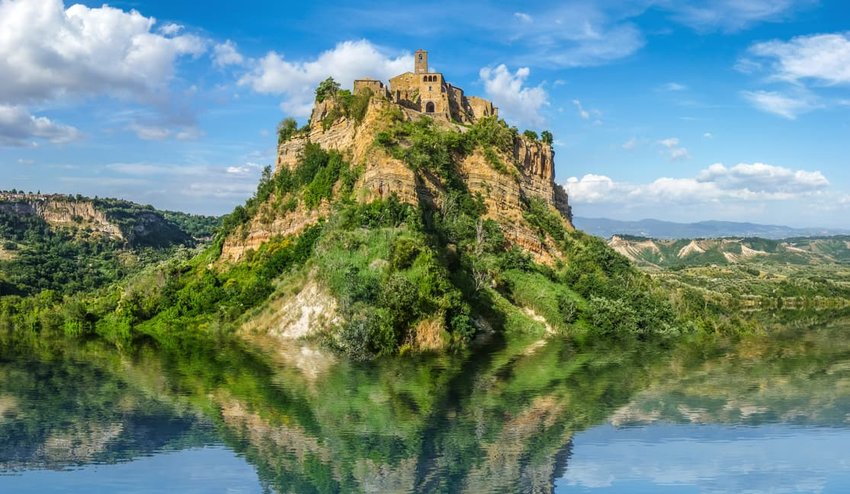 Perched on a mirror-like lake, this hilltop village speaks to Italy's medieval past. Less well-known than other medieval cities, this city of stone was founded over 2,500 years ago, and remains a hidden gem in the Italian countryside. 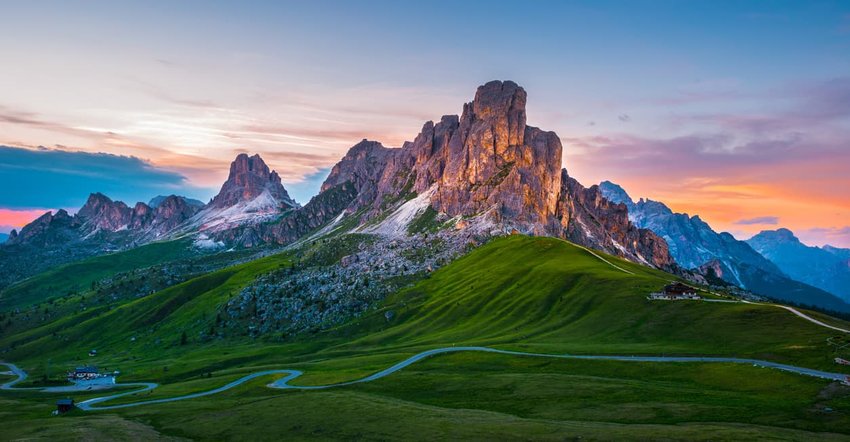 Leaving civilization behind might seem difficult in this popular nation, but in the Dolomites, hikers can find true peace. Traversing from Alpine meadows into the craggy grey rocks is not only a challenge, it offers stunning views you can't find anywhere else in the world. 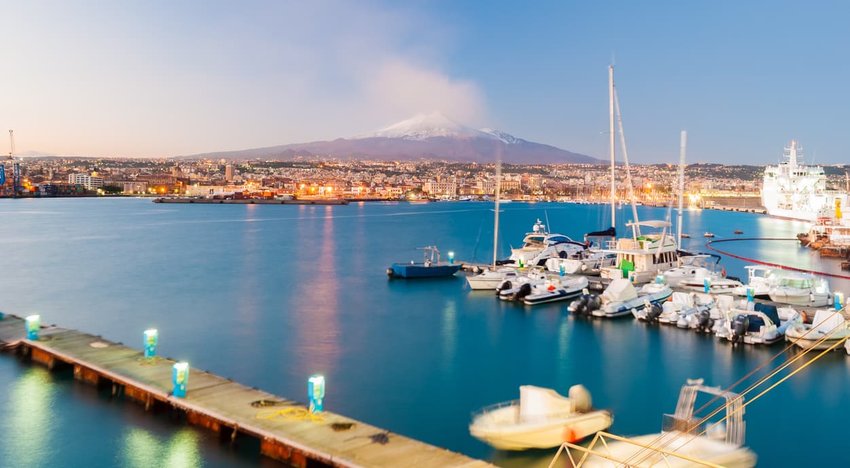 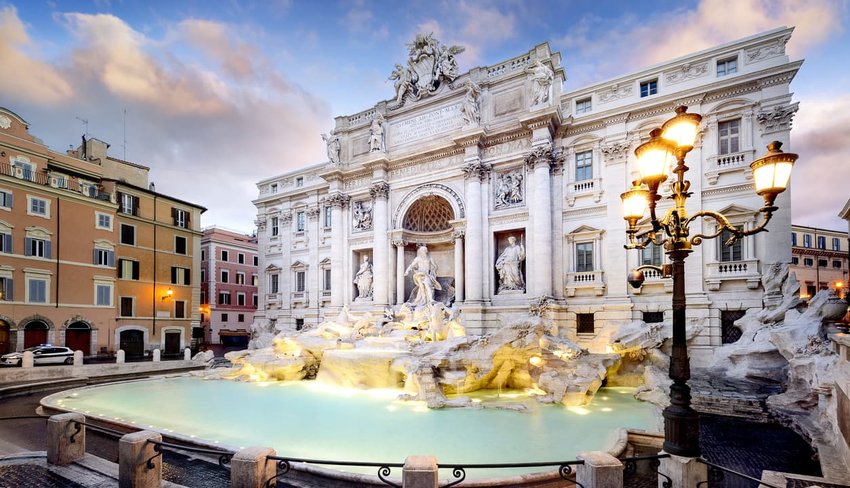 You can't leave off Italy's starring attraction. Rome is home to more recognizable monuments, plazas, and buildings than almost anywhere else in the world. Whether you're drawn here to walk in the footsteps of Roman gladiators, or to sample the world-class pasta, wine and gelato, the city is teeming with attractions travelers live for.