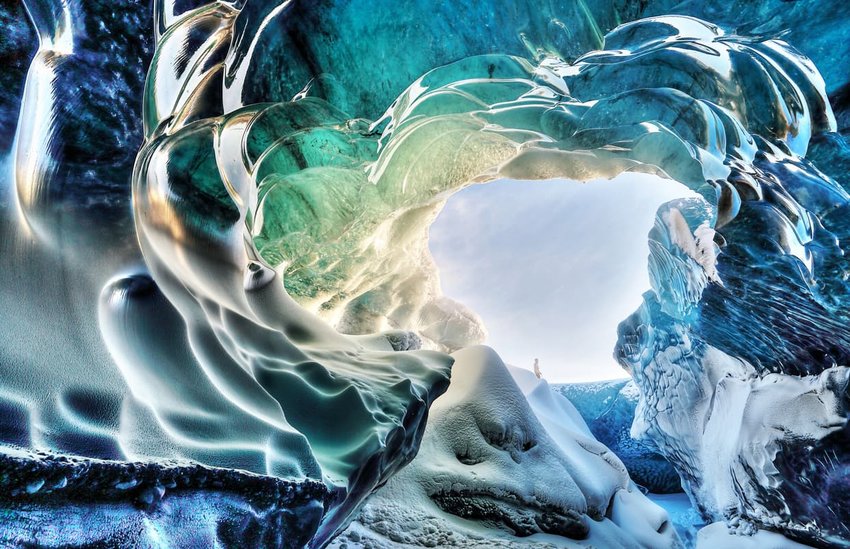 Stunning Ice Caves From Around The World

If you’ve got a thing for spelunking and exploring the underground? Wait until you get a load of these amazing ice caves! Some were formed thousands of years ago while others are recreated every single year as the ice melts and freezes again with the changing seasons. No matter how they’re formed or where they are, these six ice caves are so other-worldly they’ll leave you breathless. 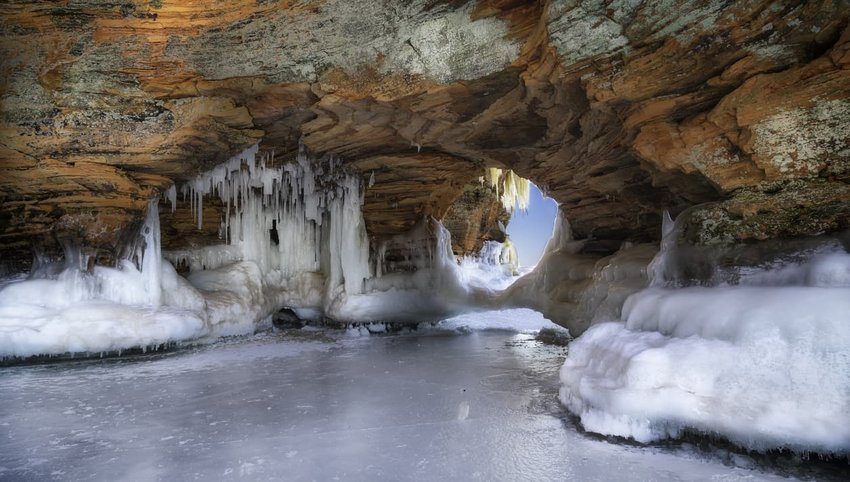 One of the United States’ most amazing naturally-formed ice caves can be found in the Apostles Islands National Lakeshore Mainland in northern Wisconsin. Meyers Beach, on the shores of Lake Superior, is the access point to the icy caves formed from the freezing lake water. The caves are reached by trekking 1 mile across the frozen Great Lake, but the route is always changing and some years does not open at all due to dangerous conditions. If you’re lucky enough to hit this natural wonder when it’s open, you’ll be privy to chambers filled with thousands of delicate icicles and floors made from clear sheets of ice (through which you can see the bottom of the lake!).

Vatnajokull is the largest glacier in Europe and home to some of Iceland’s most breathtaking ice caves. Only accessible in winter, the caves in Vatnajokull glacier melt in the summer and reform again in the winter. This means you’ll never walk the same cave twice! Not only do the caves impress with striking ice pillars, sheer walls, and naturally-formed sculptures, the brilliant blue color leaves tourists mesmerized. The gorgeous hue is due to the lack of sunlight and extreme pressure under which the ice is formed. The massive size of the Vatnajokull glacier itself is the cherry on top; it takes up roughly 11% of Iceland’s total land area! A day exploring this glacier’s caves is a day spent like no other. 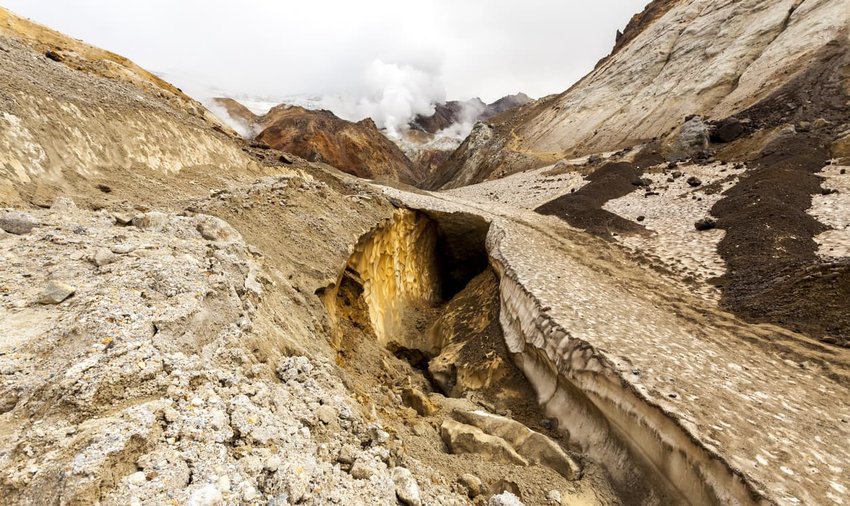 Located on the remote Kamchatca Peninsula in far-eastern Russia is the regal Mutnovsky Volcano. Even more stunning than the volcano, however, is the ice cave that located on its banks. The 1 kilometer long cave was formed by volcanic activity that has melted and molded the cavern over time. Its formation was also aided by the natural hot spring that still runs like a river through the otherwise ice-covered cave. This cave is absolutely stunning due to the light that shines through the thin ice ceiling, casting a rainbow of colors throughout the cave. Mutnovsky Cave is in pristine condition due to its isolated location and lack of human interference. The area is dotted with other volcanoes, lakes, rivers, in addition to being surrounded by a stunning coastline. Come for the cave, stay for everything else. 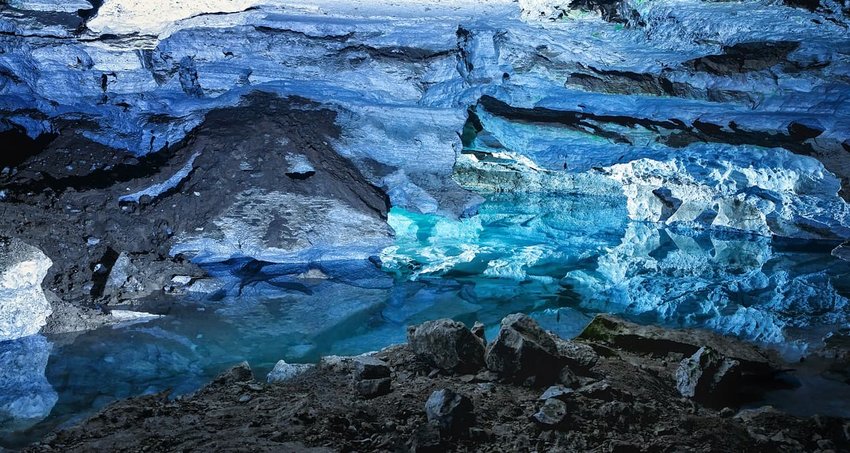 Again, Russia. We found it impossible to pick just one spectacular ice cave due to this country’s large territory and chilly temperatures. Located in the Perm region in central Russia, the Kungur Cave may be easier to access than Mutnovsky, but it’s none the less remarkable. It’s 5.7 kilometers long, however, just 1,500 meters are open to visitors. The cave’s most impressive features are the dozens of lakes and grottos, bizarrely shaped ice formations, and a plethora of stalagmites and stalactites. The Kungur Cave attracts people from all over the world, not only for its beauty, but for its interesting history. Legend has it that if a woman slips and falls in a certain area of the cave, she will marry a royal. This story began after 1914 when Princess Louise slipped on the stairs during a visit and soon after became engaged to a prince. Why not try your luck? 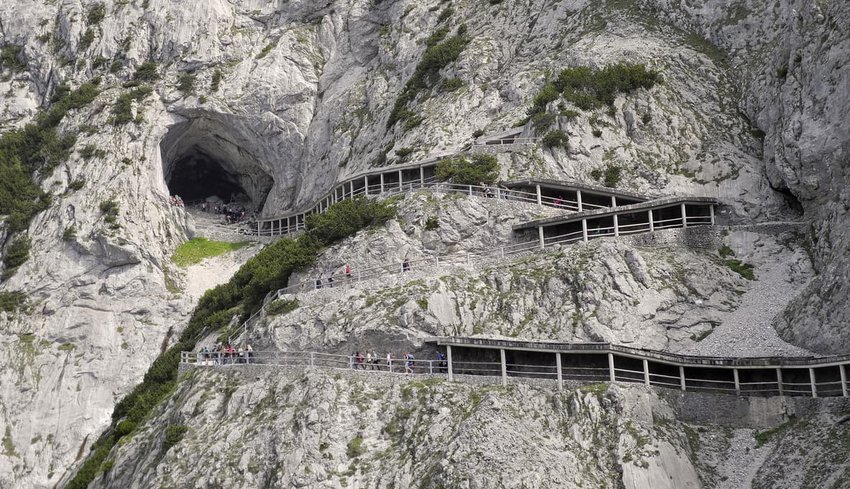 The Eisriesenwelt is a naturally formed limestone cave in Werfen, Austria. It’s located inside the Hochkogel Mountains, a section of the Austrian Alps. The cave is 42 kilometers long, making it the biggest ice cave in the world. Hundreds of thousands of tourists flock to this cave every year, however visitors are only allowed to explore the first kilometer. Actually, it’s only the first section that’s covered in ice; the rest is limestone. But don’t let that deter you – in that first kilometer you’ll find sweeping ice walls, sculptures, and frozen waterfalls as you wander through icy rooms and passageways. Make sure you dress warmly! The temperature in the cave always remains below freezing - even on a hot summer’s day! 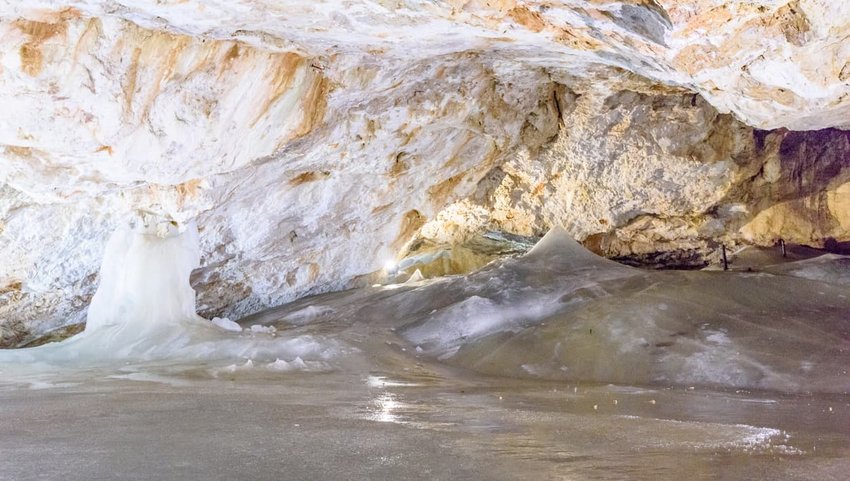 The largest ice cave in Slovakia is also one of the most famous in the world. Dobsinska Ice Cave boasts icy corridors, huge domed ceilings, and thick frozen floors along with impressive ice columns, frozen waterfalls suspended mid-flow, and icy stalagmites and stalactites. Visitors can tour about 500 meters of this magnificent cave in roughly 30 minutes. This may seem short, but don’t forget that the temperature inside hovers around 27 F. Half an hour is just enough time to glimpse all of the marvelous and naturally-formed wonders inside without catching frostbite!