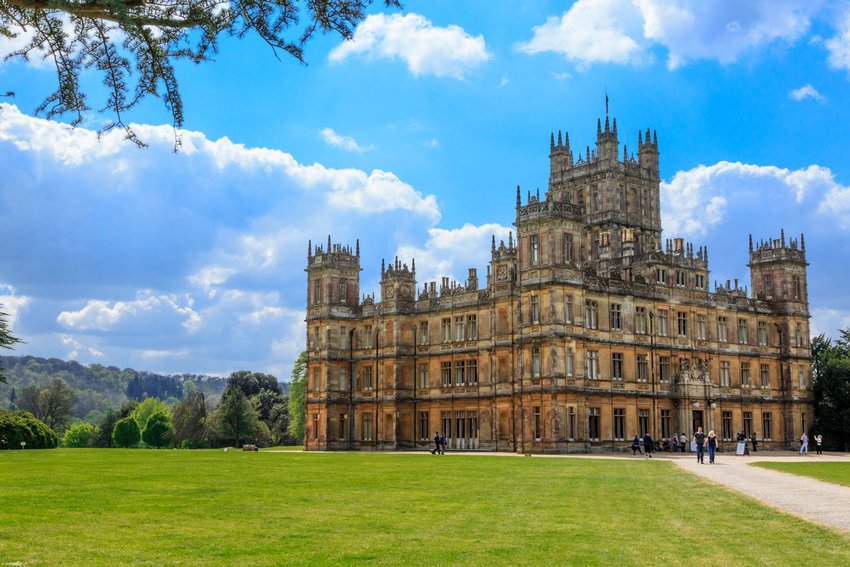 Now's Your Chance to Stay in the Real Downton Abbey

If you're obsessed with Downton Abbey, brace yourself for some good news. (And if you're not obsessed with Downton Abbey, do yourself the favor of all favors and go binge-watch the entire series.) Highclere Castle, the show's primary filming location, is opening itself up to visitors for just one night on November 26 — and it only costs $160 to stay in one of the luxe estate's 300 rooms.

Starting on October 1st at exactly 12 p.m. BST (which is 7 a.m. EST and 4 a.m. PST for those of us on the other side of the pond), the listing for the 5,000-acre estate in Hampshire, England goes live on Airbnb. If you've ever waited for tickets to go on sale and obsessively refreshed the page in the moments leading up to their release, now's your chance to put those skills to use once again.

We have Lady Carnarvon, whose family has called Highclere home since 1679, to thank for opening the estate's doors to the public. With her permission, Airbnb and PBS have teamed up to promote the long-awaited Downton Abbey movie. Fans have been clamoring for the BBC drama to make its way to the big screen since its six-season run ended nearly four years ago, and reviews of the film adaptation suggest it's sure to please the show's legions of devotees.

Those devoted enough to make the trek to Highclere will have quite the itinerary. The day begins with a private tour of the grounds before moving to the saloon, where drinks will be imbibed; following that, a dinner hosted by the Earl and Countess of Carnarvon will be served in the State Dining Room. The night ends, like so many on the show, with post-meal coffee in the library.

There will also be plenty of time for guests to wander off and do their own thing, which will most likely consist of recreating iconic Downton Abbey moments. If that sounds like your cup of tea, make sure you're ready on October 1.