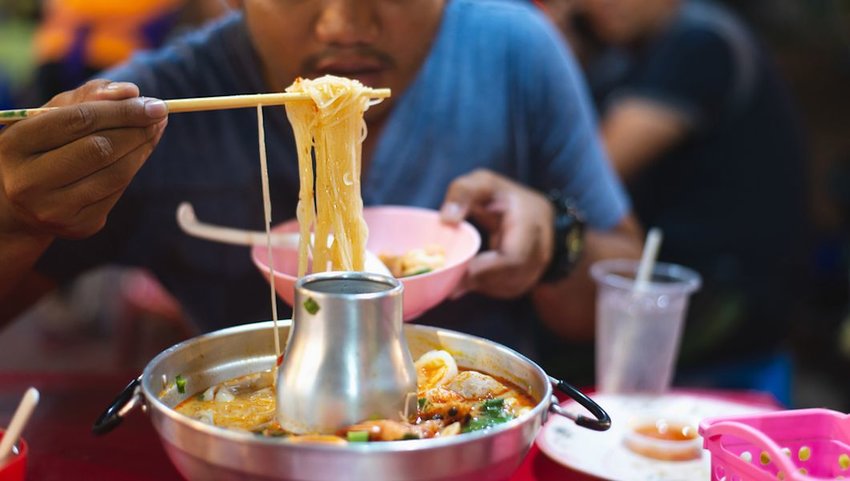 When you're traveling internationally, dining out can be a culturally deep and insightful experience, allowing you to glimpse into the everyday life of a local. Eating off the tourist trail can be uncomfortable for some as dining practices vary by country, but it's in the authentic and off the beaten path experiences that we learn first hand about the local culture and customs of a destination.

When you're fresh to a destination and haven't had the opportunity to orient yourself to the layout of the city yet, the main thoroughfare is a common starting point. These streets act as the center of action and are littered with inviting restaurants and charming cafes. But be warned, these touristy establishments are designed specifically for tourists. During prime meal times, promoters (or touts) frequent the streets with menus in hand, inviting travelers to enter their eatery. But step away and know that the best local digs are spread through word of mouth.

Be Critical of Reviews

We often turn to the pros for help when it comes to finding a good meal in a foreign destination. We consult the people who've been there before and can tell us what to expect at a number of dining establishments because we want to know we're getting the best before we get it. We naturally gravitate towards bloggers with a sizable following, as well as established review platforms like TripAdvisor and Yelp. But be critical of sponsored content and the language reviewers use on these platforms. Seasoned foodies won't leave their review of a restaurant at “it was so good!” but instead will continue to describe the features and flavors of the dish that made it stand out. Seek reviews written by locals, and if a diner removes a star because their serviette was forgotten or service was slow (which is cultural and subjective), then the review may be safe to disregard.

Eat What the Locals Eat

This is where a little preliminary research comes in handy. Do a quick Google search of your destination's most prominent dishes or walk the local markets when you arrive to grasp an understanding of the most common ingredients. When you enter an establishment, take a look around at the diners, and be sure it's full of locals instead of camera-touting tourists. Spot the most popular dish on each table. It may be tempting to go for a burger in China or some mac and cheese in Argentina, especially when you're far away from home and the familiar. But if it's not a dish that's native to the nation, then consider passing and ordering the local favorite.

Observe when and how people eat to pick up social cues. Because the workday in Spain ends later in the evening, dinner isn’t served until sometime between 9 and 11PM, while North Americans tend to eat earlier between 6 and 7PM. Adjust accordingly, or risk dining alone or arriving at a restaurant that's not open yet. Watch what diners are ordering, but also take note of the local dining etiquette. Italians eat whole pizzas with a fork and knife, and the Burmese flag their waiters down by puckering their lips and making smooching noises. Join them in the local custom. If a local  invites you to dinner, take it as an opportunity to learn about their food and dining culture.

One of the first people you encounter when you arrive at a new destination is the staff at your accommodation. They're experts on their city and their wealth of knowledge can serve as your guidebook to the destination. But know what to ask, and encourage the staff to let you in on where their favorite place is to dine with friends and family instead of what they recommend. Far too often, their instinct is to point you to something that's familiar to you, perhaps to avoid foreign spices or pungent aromas that may be offensive. And ask for specifics — find out where to uncover the frothiest egg coffee in Hanoi, or the creamiest risotto in Milan. Your wait staff at dining establishments or baristas at the coffee shop you visit are also a reliable source, as they work all night with people who are passionate about food.