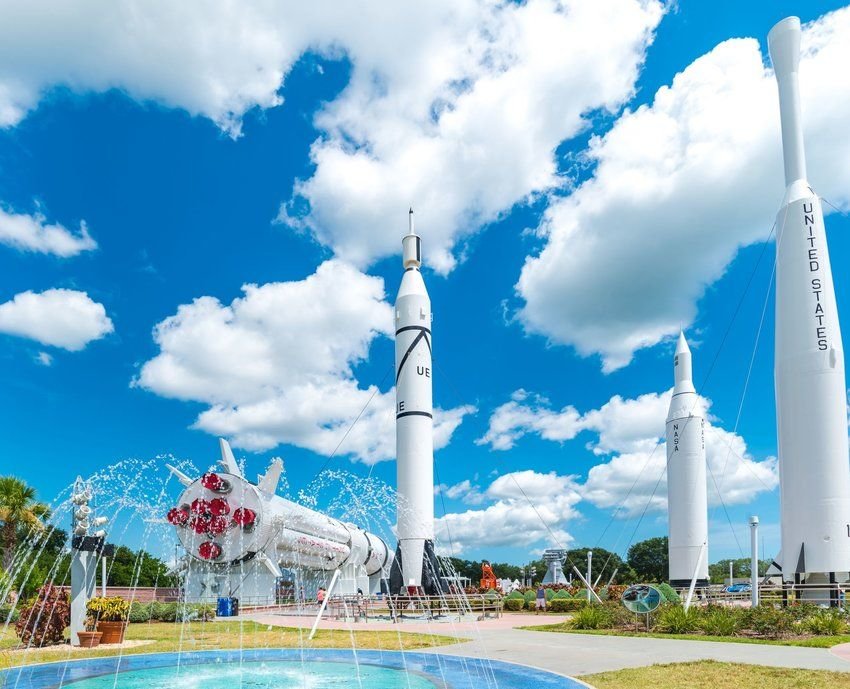 Fifty years ago, Neil Armstrong took one small step for man and one giant leap for mankind. The Apollo 11 mission's success is being remembered across the country and beyond, and though no one has set foot on the moon since 1972 the space race hasn't exactly ended. If the anniversary has you feeling nostalgic, here are some spots where you can still see a rocket launch.

You don't have to know much about Florida's Cape Canaveral itself to be familiar with the projects that launched there. America's first satellite took off from there in 1958, John Glenn became the first astronaut to orbit the planet after launching from Cape Canaveral in 1962, and Voyager 1's journey beyond the solar system began there in 1977. It's still active today, with a SpaceX Falcon 9 scheduled to launch on July 22.

Technically separate from Cape Canaveral despite being in the same location, NASA's Kennedy Space Center is the other half of Space Coast. It's been the main lunch center for manned missions to space since 1968, including Apollo 11 itself. Among its upcoming launches is another SpaceX Falcon 9 vehicle, this one with a Crew Dragon en route to the International Space Station. Originally scheduled for September 21, it's now taking place in November.

Part of NASA's Wallops Flight Facility, MARS is located just east of the Delmarva Peninsula in Virginia. It's even older than its more famous counterparts, as it dates back to 1945, and has six different launch pads. Today it's best known for hosting Orbital ATK's Antares rockets, which blast off so quickly that some people use an app that point observers in the precise location of the launch.

On the other side of the country, in between Los Angeles and San Francisco, is Vandenberg Air Force Base. It launches both satellites and test missiles, with the former going into orbit and the latter going into the ocean, and is also involved in commercial launches for the likes of SpaceX and Orbital. You can go on base to witness these events if you'd like, but the best vantage points are actually off-base.

SpaceX's primary launch facility is in Brownsville, Texas, but why have one when you can have two? Elon Musk's private space-exploration giant is currently constructing another site in nearby Boca Chica Village in order to provide the company an "exclusive launch site that would allow the company to accommodate its launch manifest and meet tight launch windows." What with space being the final frontier, it's good to know that more facilities are still being built and we haven't stopped looking to the sky.