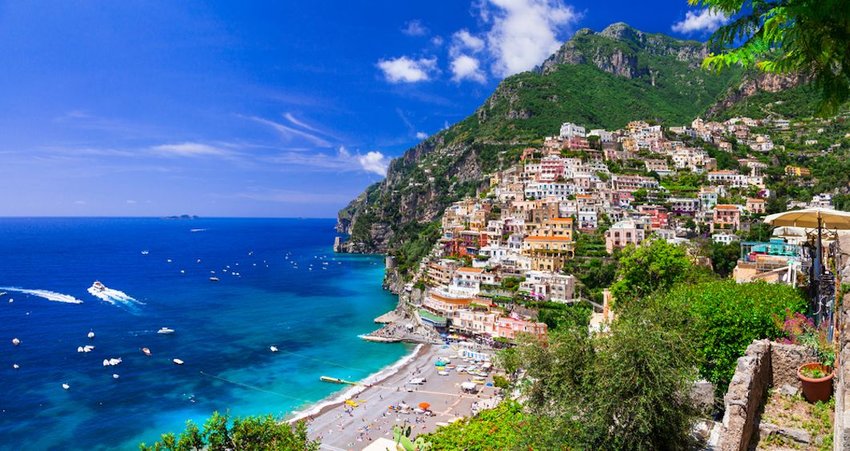 Off-Season Destinations for Every Month of the Year

The secret to a budget-friendly trip? Travel during the off-season. You may have to make a few sacrifices, but at half the cost and without all the crowds, off-season travel is worth considering. From the European vacation you’ve been dreaming about to that once-in-a-lifetime trip to Africa, check out these off-season destinations for every month of the year.

As one of the most popular destinations in the world, Barcelona is never completely free of tourists. Nonetheless, strategically planning your trip in the off-season could be in your best interest. January sits between the major holidays of Christmas and Easter, and city streets, restaurants, and Gaudí’s buildings will be less clogged than normal. Temperatures will also be relatively mild, so you can still plan on sipping Rioja on the terrace as long as you pack a jacket.

If you’re dreaming of a weekend getaway to Manhattan, a trip in February will do quite nicely. As long as you steer clear of Valentine’s Day, you’ll find cheaper accommodations and more affordable flights in the winter. You’ll likely have to bundle up to go outside, but that just means you’re tough like a New Yorker. For the Big Apple’s greatest hits, visit the Museum of Natural History and the MoMA, catch a show on Broadway, stroll through snowy Central Park, and grab a New York bagel with schmear.

If you’re in need of a quiet respite by the sea, visit the Amalfi Coast in March. The early spring on the Italian seaside is pleasant and slow with many hotels and restaurants closed for the season. Not all the coastal towns are completely dead, however, and with a little planning, you’ll find plenty to enjoy. The good news? Without the on-season crowds, the coastline’s famous winding roads will be easier to navigate and the area’s gorgeous hiking trails will be yours to explore.

April is the start of a little thing called “mud season” in Colorado, which truly isn’t as bad as it may sound. If you stick to the low-lying Colorado plains in cities like Denver and Fort Collins, you won’t feel the effects as much. In fact, you’ll likely enjoy some sunshine and warmer weather to explore these vibrant cities. Head towards the mountains, however, and you’ll begin to notice the effects of spring snowmelt. If you're looking for skiing or hiking, this won't be your season. Depending on the snowpack, Colorado ski resorts typically close in early-to-mid April. What this does mean, however, is you can find some great deals on accommodations and spa treatments, so you can still enjoy a relaxing weekend away.

If your schedule can swing it, May is a great time to make that coveted trip to Alaska. The weather may be cooler, but it’s also a lot drier with fewer rain showers than the rest of the summer. While it’s not the cheapest time to visit (that would be November and December), it is less crowded than June, July, and August. May is also a good time to see wildlife in its natural habitat. From bears on the first salmon run to humpback whales near Juneau, the Alaskan wildlife should be out and about for your viewing pleasure.

Between family vacationers and spring breakers, the Pacific Coast of Mexico is quite busy from November to May. But when the rainy season arrives in early summer, the tourists disperse and the prices drop. For a break from the traditional resort vacation, fly into Puerto Vallarta and then drive north to Nayarit. Sayulita is a surfer town on the coast that will charm your socks off. Further north is Chacala, a quieter town with a protected beach and a lovely wellness resort. This time of year, the rain mostly falls in the late afternoon or evening, so plan for beach time and surf lessons during the first half of the day.

If you live in the Northern Hemisphere and don’t mind spending the start of your summer in a cool, rainy climate, then June in New Zealand is perfect for you. Marking the beginning of New Zealand’s winter, and smack-dab in the middle of its rainy season, you won’t get picture-perfect weather in June. However, you will get flights that are way more affordable, cheaper car and RV rentals, and discounted winter rates for lodging. June is also early ski season and while the snowpack may not be as reliable as July or August, the slopes will be open with fewer crowds and shorter lift lines.

There’s no doubt that a South African safari is a once-in-a-lifetime, bucket list kind of trip. Witnessing a pride of lions basking in the sun or watching an elephant sway past your jeep is the kind of travel we should all aspire to — thrilling, memorable, and a peek into a world we know nothing about. That being said, safaris are quite expensive and flights to South Africa aren’t cheap. If you’re ready to make the leap, however, July will keep your costs a bit lower. The colder, drier season means you’ll have to bundle up for those early dawn jeep rides, but it also has some perks. The bush will be brown and barren — making it easier to spot the “big five” while you’re there.

Goa's popular coastline clears out during monsoon season, transforming from a beach party to a quiet getaway in a matter of months. August is later in the rainy season, meaning it averages cooler temperatures (75 degrees Fahrenheit) and less rainfall (20 inches total). While this type of weather isn’t ideal for hitting up the beach, it does come with some major perks. Rooms in the touristy, upscale hotels are much more affordable and monsoon season is a great time for hikers to explore Goa’s inland forests. Plus, the added rainfall supercharges the region’s abundant waterfalls, adding some oomph to the already beautiful landscape.

Looking for a cheap trip to the Caribbean? Book during hurricane season. October is typically the stormiest month, so if you go a little earlier in August and September you still enjoy major price drops in flights and accommodations. If you’re willing to take the risk, you could luck out with fantastic weather and no crowds. If such a gamble isn’t your thing, consider a trip to the southern Caribbean to Aruba or Grenada, which lie outside the Hurricane Belt. Either way, don’t forget the trip insurance on this one.

Considered to be shoulder season in South America, October is a gem of a month that isn’t as popular with the tourist set. Marking mid-spring for the Southern Hemisphere, the chill of winter has evaporated and the country’s greenery is beginning to emerge. Buenos Aires is especially lovely this time of year — the days are long, the temps are mild, and the flowers at the Palermo Rose Garden are in peak bloom. Farther south, Patagonia is just opening up from its winter hibernation, which means it will be less costly (and colder) than the popular summer months of January and February.

From volcanic hikes to waterfalls in the jungle, the Big Island’s diverse ecosystem is ripe for adventure. And since rainfall in the Pacific is typically higher in November, travel costs in Hawaii dip at this time of year. Don’t let the prospect of rainy season deter you, though. Temperatures are still warm and the rain showers are brief. The island’s two airports average different amounts of rainfall, so take note when planning your itinerary. Kona is more touristy but drier, while Hilo has a laid-back, local vibe and more rain.

Off-season travel in December is a bit tricky since the holidays cause rates to spike later in the month. However, if you’re not averse to cold weather, this is a good time of year to make an Iceland trip. Between the vast, white lowlands and the snow-covered glaciers, Iceland’s arctic landscape was meant to be seen this time of year. Temps will hover in the 20s, but with the appropriate winter gear, you’ll still be able to explore Iceland’s many outdoor offerings. Plus, the lack of daylight and the dry weather make this the best time of year to spot the elusive Northern Lights.