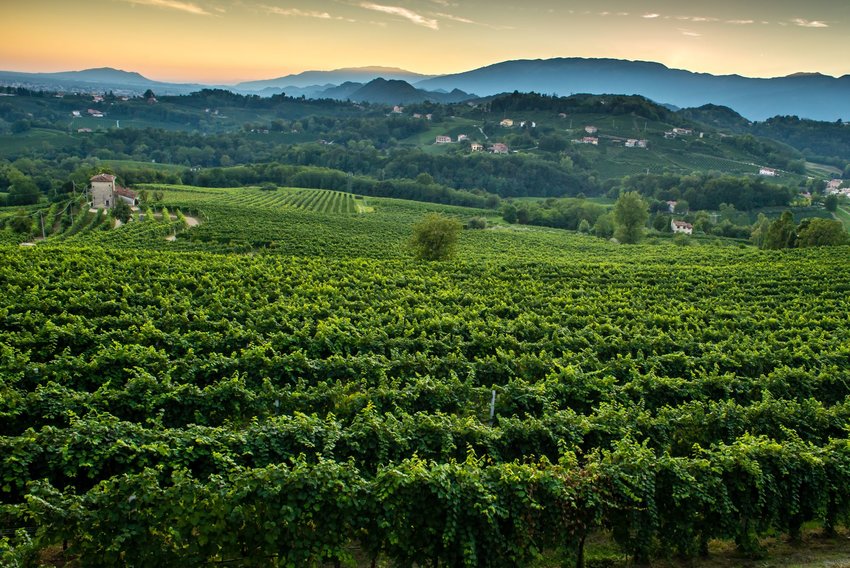 Around the world, there are 1,121 UNESCO World Heritage Sites, places of cultural and natural significance that have been protected by the international agency. UNESCO (the United Nations Educational, Scientific and Cultural Organization) has existed since 1945, while the World Heritage Committee has been meeting annually since 1977. Once a site makes the list based on its cultural, historic, scientific, or other significance, it is legally protected by international treaties.

The World Heritage Committee convened in Baku, Azerbaijan earlier this month and voted in two new sites worthy of inclusion on the vaunted list. Here's what you need to know about the two newest entries:

If you've ever drunk Prosecco, it probably came from this region in Italy. UNESCO specifically cited the region's "'hogback' hills, ciglioni — small plots of vines on narrow grassy terraces — forests, small villages and farmland" as culturally significant. Ciglioni have been in use since the 17th century, lending the area a distinct look made even more so by the 19th-century innovation of bellussera, a viticulture technique in which the vines are trained. It's one of the most beautiful spots in northeastern Italy, which is no small feat, but it makes the list for its cultural significance, rather than its aesthetic beauty.

Under an umbrella certification, UNESCO added eight buildings designed by Wright, arguably the most famous and influential architect of the 20th century, to its protected list. Fallingwater (Mill Run, Pennsylvania), the Herbert and Katherine Jacobs House (Madison, Wisconsin), and the Guggenheim Museum (New York) were included as examples of his "organic architecture," which includes "an open plan, a blurring of the boundaries between exterior and interior, and the unprecedented use of materials such as steel and concrete."