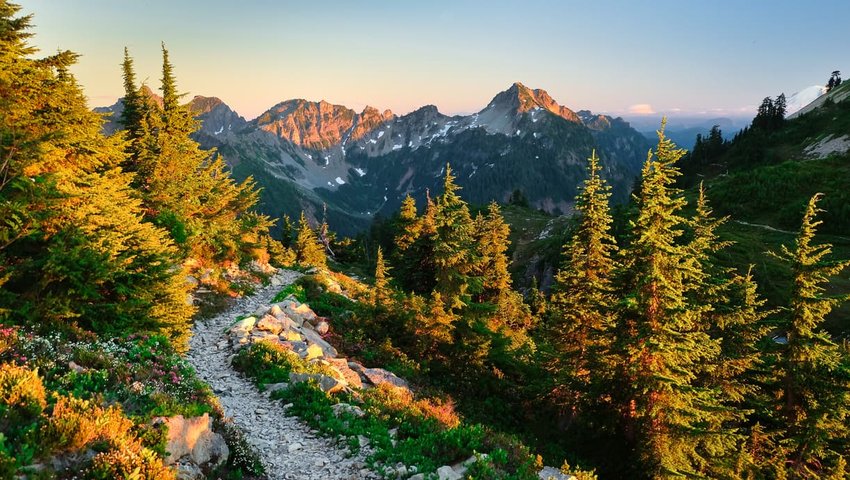 Fall in Love With the 11 U.S. National Scenic Trails

What makes a trail so special that it receives National Scenic designation? Well, according to the 1968 National Trails System Act, these 11 scenic trails are designated “for the conservation and enjoyment of the nationally significant, historic, natural, or cultural qualities.”

They may vary in length, structure, location and landscape, but what each of these trails share is a noble mission to maintain and preserve this country’s incredible, wild, natural lands for generations to come.

That being said, we thought it was important to get to know a little more about each of the 11 National Scenic Trails and why each of them is a significant part of our country’s diverse landscape.

Although the New England Trail is considered an adolescent National Scenic Trail, the footpaths that construct this iconic trail system have been around for over half a century. The only National Scenic Trail exclusively in New England, the 215-mile New England Trail is comprised of the historic Mattabesett, Metacomet, and Monadnock Trail systems and travels from Long Island Sound in Connecticut to the Massachusetts/New Hampshire border. 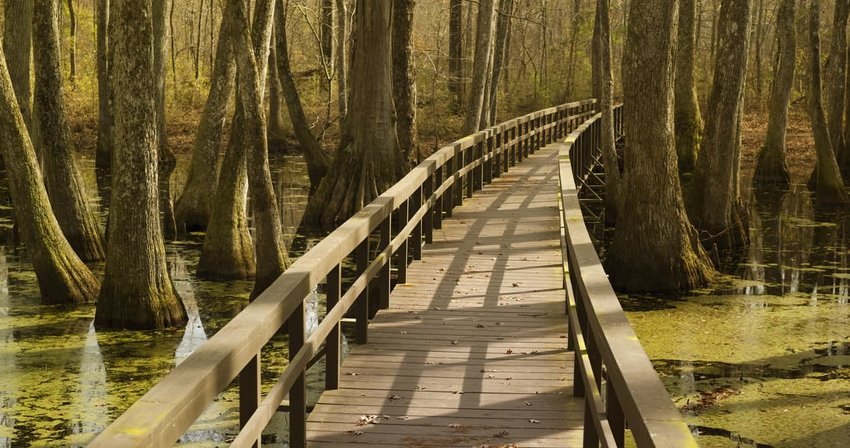 Walk sections of a preserved lifeline for the Old Southwest or take a drive through the nearby paved parkway to retrace the steps of American Indians, European settlers, slave traders, and soldiers that once walked the historic Natchez Trace. 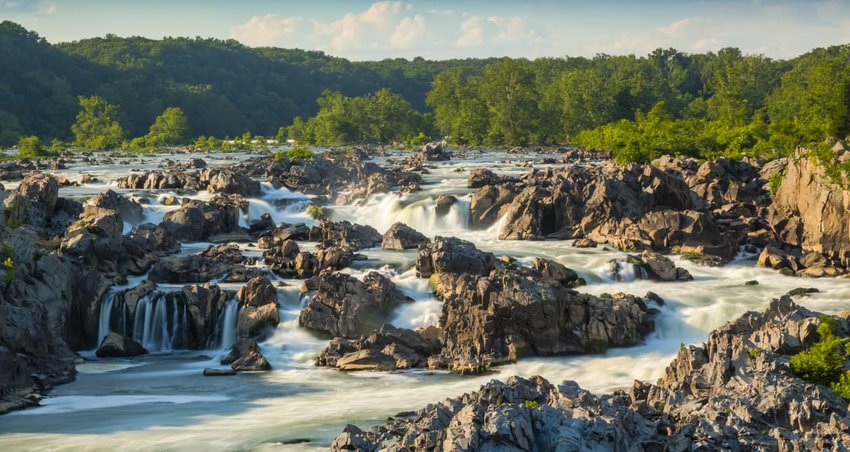 Established in 1983, the Potomac Heritage Trail consists of approximately 710 miles of interwoven trails and routes that highlight the diverse landscapes of the Chesapeake Bay and the Allegheny Plateau.

Unlike other National Scenic Trails, the PHT is not one contiguous trail, but a system of trails that run from the Potomac River and Pittsburgh, Pennsylvania through segments of Washington D.C., Maryland, Pennsylvania, and Virginia. This trail differs from many of the others in that you can experience it by boat, traversing the waterways that follow the footpaths. 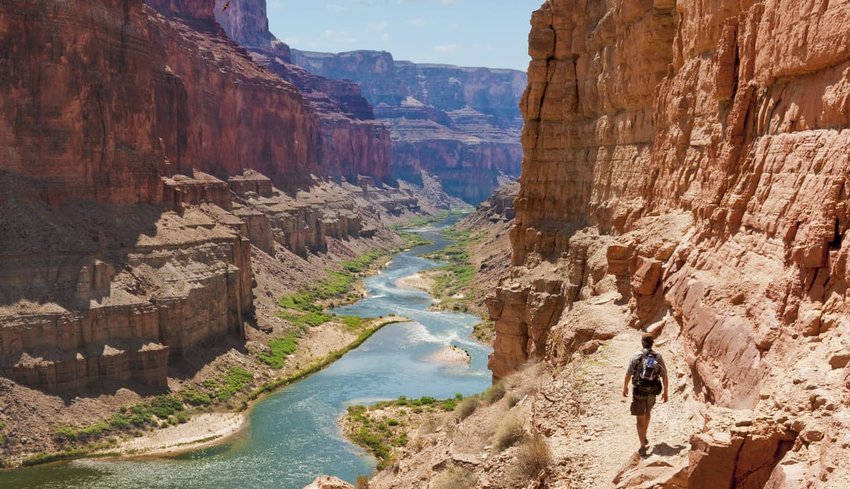 It may not be the longest, the oldest, or the most popular National Scenic Trail on the list, but the Arizona Trail is still highly revered as being a physically demanding, uniquely challenging, long-distance trail. Stretching across Arizona, from Mexico to Utah, only approximately 100 people thru-hike the trail each year.

Established in 2009, the AZT isn’t your everyday desert trail. Negotiating 800 miles of incredibly diverse landscape, hikers, bikers, trail runners, and equestrians traveling along the AZT traverse the largest contiguous ponderosa pine forest in North America, as well as other notable landmarks like Colossal Cave Mountain Park, Saguaro National Park, the Santa Catalina Mountains, and, the crowning jewel, the Grand Canyon. From vast plateaus to high elevation peaks, the Arizona Trail is sure to keep you guessing, what's around the next bend? 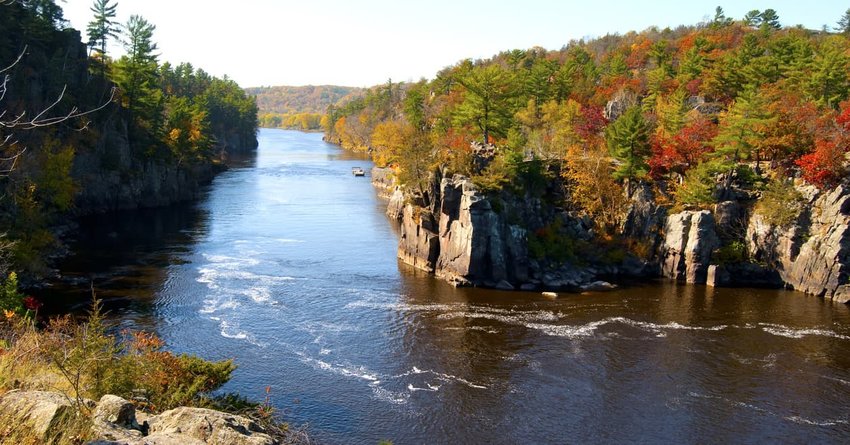 When you think of the Ice Age, Wisconsin probably isn’t the first place to come to mind. However, 12,000 years ago a massive flow of glacial ice carved out an incredible landscape across the state of Wisconsin. According to the Ice Age Trail Alliance, the Ice Age National Scenic Trail is a 1,200-mile footpath located entirely in Wisconsin that was crafted to highlight the unique features of this glacial phenomenon.

Connecting people and communities, more than a million people use the Ice Age Trail each year to hike, backpack, and snowshoe along the edge of the last continental glacier in Wisconsin. Traversing several state and federal lands, the Ice Age Trail consists of 600 miles of yellow-blazed routes and 500 miles of unmarked footpaths. So, if you’re looking to reconnect with nature, in an unassuming place, the Ice Age Trail is a great place to seek both solitude and spiritual revival. 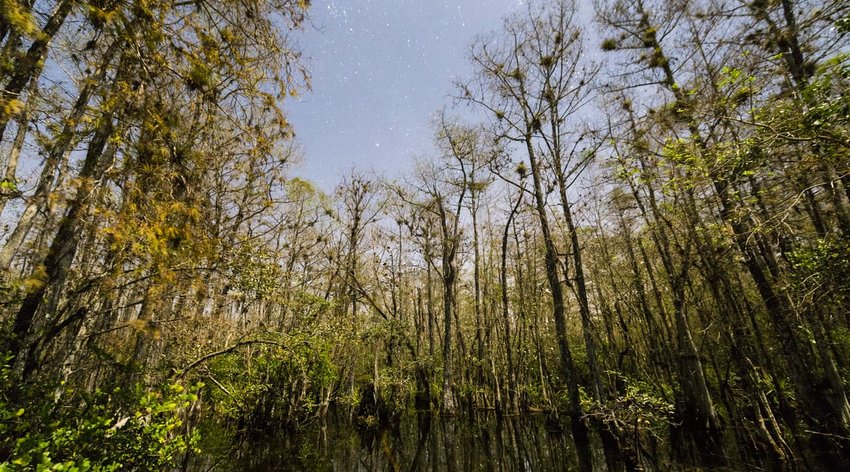 Florida’s longest and oldest recreational resource, the Florida Trail runs between Big Cypress National Preserve, north of the Everglades, to Gulf Islands National Seashore. Supported by a National Park on either side, this 1,448-mile footpath offers 198 trailheads that highlight incredible semi-tropical ecosystems, swamps, and beaches.

According to The Florida Trail, this legendary footpath was first conceptualized by a renowned wildlife photographer, Jim Kern, as Florida’s answer to the Appalachian Trail. Considered by locals to be the perfect place to “lose yourself in nature, while finding yourself,” thru-hikers can trek 1,101-miles from end to end, or section-hikers can jump on the trail at hundreds of access points scattered across nearby National Forests, Florida State Parks, or wildlife management areas. 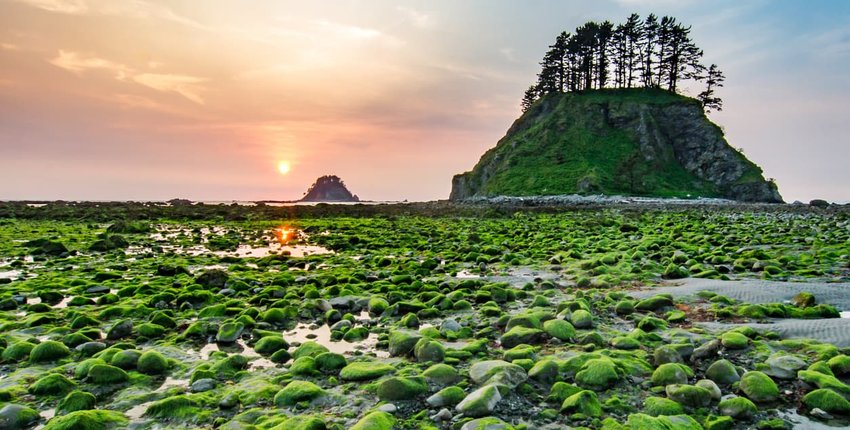 The Pacific Northwest Trail Association estimates that only 40-50 people attempt to thru-hike the trail each year, a number that is steadily growing with increased interest in long-distance hiking. However, millions of section-hikers, day-hikers, and backpackers visit portions of the PNT, like Deception Pass State Park, each year.

Traversing seven National Forests, three National Parks, and six federally designated Wilderness areas, there’s a little bit of something, for everyone along the PNT.

You may recognize the Pacific Crest Trail as being the backdrop to the major motion picture, Wild. Much like the film, and its source material, thousands of hikers, backpackers, and equestrians section-hike or thru-hike the PCT each year, in search of solitude, self-discovery, and adventure.

A 2,650-mile continuous trail, the PCT travels from Mexico to Canada through California, Oregon, and Washington. At the top of the list with the Appalachian Trail in terms of popularity and prestige, this expansive, treasured footpath is known to feature the most beautiful, wild, and remote wilderness of the Western United States.

If you’re looking for panoramic vistas of volcanic peaks, unforgiving, remote desert terrain, or want to immerse yourself in glaciated regions tucked within the Sierra Nevada, the PCT should be at the top of your list. 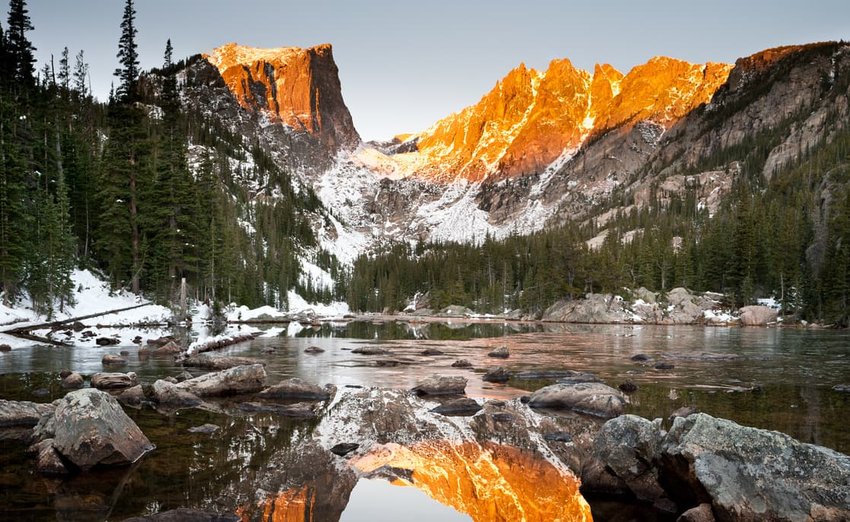 Sections of the CDT see thousands of visitors each year, but only approximately 150 determined backpackers attempt to complete it end-to-end. 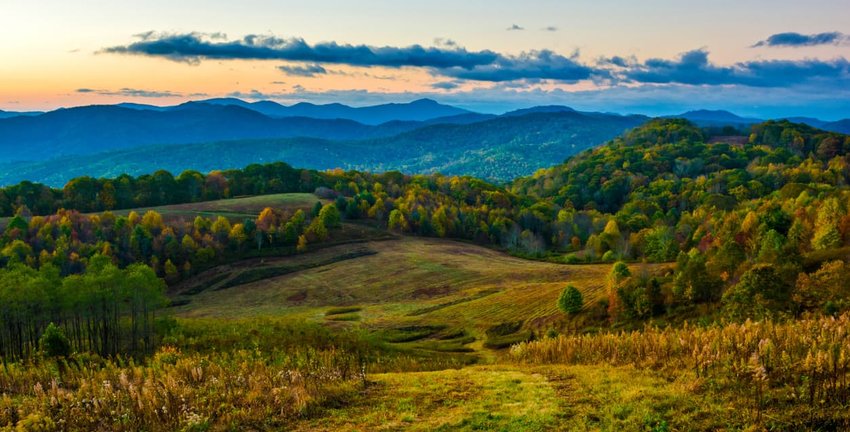 Known as “The People’s Trail,” the Appalachian Trail is one of the most iconic National Scenic Trails. Stretching for 2,200 miles from Springer Mountain, Georgia to Mount Katahdin, Maine, the A.T. is not only the longest hiking-only footpath in the world, but it also traverses 14 states and draws over 3 million people every year.

According to the Appalachian Trail Conservancy, approximately 3,000 people attempt to ‘thru-hike’ the entire trail in a single year, and only one in four actually complete it; making this infamous trek a relative rite of passage for long-distance thru-hikers. In fact, hiking the entire A.T. is the equivalent to climbing Mount Everest 16 times and takes 5-7 months to complete.

However, if you’re not quite ready to spend half a year on the trail, section-hiking the Appalachian Trail still guarantees an opportunity to immerse yourself in nature and guarantees an exhilarating and unforgettable experience. 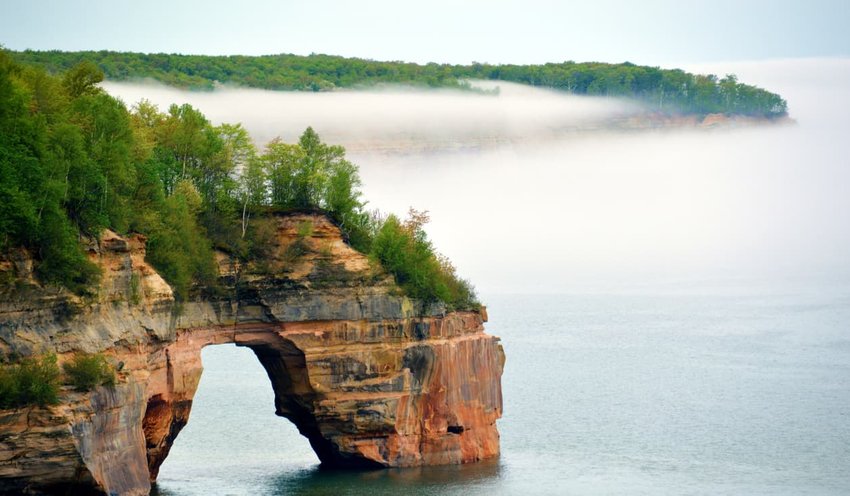 The North Country National Scenic Trail is a whopping 4,600 miles long making it the lengthiest in the National Trails System. The NCT passes through seven states from North Dakota to New York, ten National Forests, near three of the Great Lakes, and 150 federal, state, and local public lands.

Unlike other long-distance hiking trails in the National Trails System, the NCT’s incredible mileage and weather restrictions make completing a thru-hike almost impossible. In fact, according to the North Country Trail Association, only thirteen individuals have completed it end-to-end. Still, many people use the NCT for local day hiking, section-hiking, and backpacking.

Which Trail Should You Choose?

Our 11 National Scenic Trails are not only a distinct part of our history, but our future as a nation. Various coalitions, volunteers, trail angels, state and federal sectors work diligently to maintain and preserve these paths with hopes that they will “keep wild spaces wild for generations to come.” So, the next time you make plans to hit the trail, check in with a park ranger or ask around to see if you can add a National Scenic Trail to the list!

Want more information? REI put together an awesome, interactive map with more details on each trail, which you can view here.