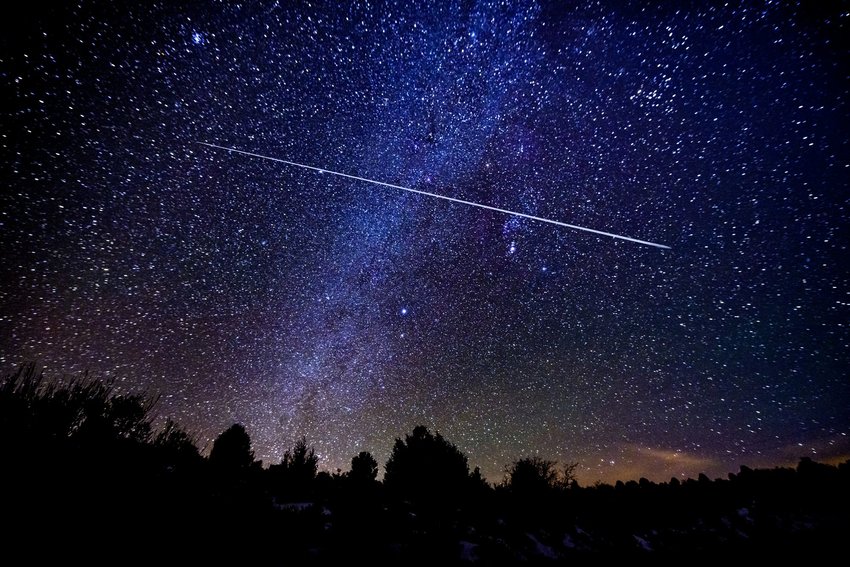 The first meteor shower of the year — and the decade, for that matter — is upon us. First observed in the 1820s and always occurring in January, the Quadrantids will be ringing in 2020 the night of Friday, January 3 and will last until dawn of the following morning. It'll be possible to see as many as 100 shooting stars per hour, but only with exceptionally dark, clear skies.

The International Meteor Organization projections have the meteor shower peaking over North America at roughly 3 o'clock in the morning on Saturday, January 4. That's good news for anyone living far away from light pollution, but cloudy weather — or, for those on the East Coast expecting storms, worse — may prevent ideal viewing conditions.

The Quadrantids' unique properties will make it somewhat difficult as well. Unlike the Perseids and Geminids, whose peaks can last for a full day or more, the Quadrantids are known to reach their zenith for just a few hours; anyone planning to go to bed early and catch the tail-end of the shower may want to rethink that plan.

With all that said, meteor showers are predictably unpredictable. Projections and predictions are just that, so the only way to be sure is to get cozy, set aside several hours, and watch the sky light up.