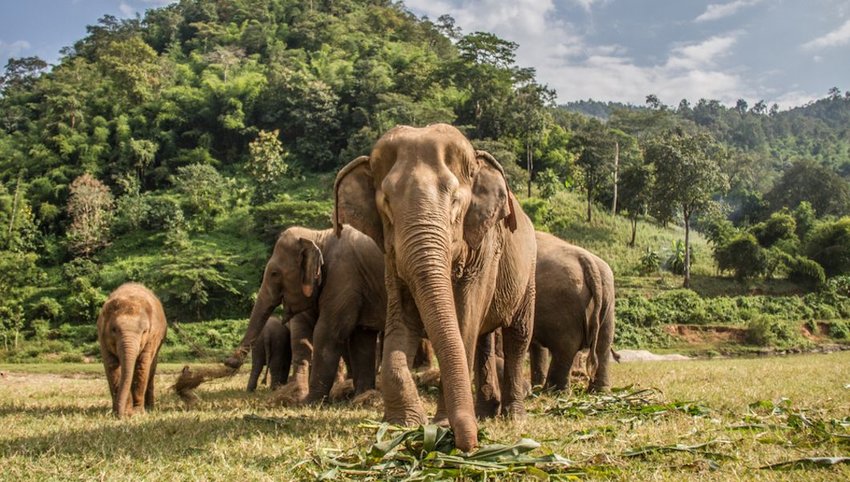 How to Respect Local Wildlife When Traveling

Encountering exotic wildlife is among the most rewarding travel experiences we can have. There’s an increasing awareness that we should be mindful of the effect our behavior can have on wildlife. Whether you're hiking through a national park or heading off on a safari adventure, you have a responsibility to ensure that such encounters are ethical. Here are some tips on how to respect local wildlife when traveling.

Keep a Safe Distance From Wildlife

In our selfie and social media-obsessed world, it’s easy to get caught up in the moment when we see an opportunity for an amazing wildlife shot. However, there’s a reason national park authorities request that we stay a safe distance away. Things can quickly turn ugly if an animal is startled or fears for the safety of their young. As a rule, stay two bus lengths from benign animals like deer and at least twice that from more dangerous creatures such as bison or bears. If you’re really desperate for a close-up picture, pack a zoom lens.

Be Mindful of Where You Leave Your Food and Trash

Bears in particular are known for their audacious behavior when it comes to stealing food and for them, food means anything that has a scent — soap, cosmetics, toiletries, trash, and even unwashed cutlery. If you’re heading somewhere like Yosemite, heed park ranger advice to store items properly in bear-proof lockers rather than inside your vehicle. Don’t forget to clear your car of crumbs, wet wipes, and food wrappers — all of which might prove tempting enough for a bear to break-in. Remember, if an animal is considered a danger to humans, authorities may have no choice but to shoot it, so make sure your own behavior doesn’t contribute.

Keep Your Dog on a Leash

Not everyone’s a dog lover, but that’s not the reason it’s best to restrain a dog on a short leash where it's permitted in national parks. Unfamiliar smells and sounds can distract even the calmest and best-behaved dogs. A dog's scent can also strike fear in smaller creatures and cause them to hide in their burrows for hours afterwards instead of coming out to feed. If your pet isn’t up to date on their vaccinations, it can also spread disease to park wildlife.

Where there was once ignorance, there’s now an increasing awareness about our impact on elephants we choose to ride. To get an elephant to tolerate having a seat on its back can involve beating the creature into submission. You should think twice about supporting elephant sanctuaries, until you’re absolutely sure that animal welfare is at the heart of what they do — the use of hooks, for example, is a red flag. If you’re hoping to give an elephant a bath, make sure that interaction time is strictly limited and that the creature gets plenty of down time away from people.

Check out Animal Health Before Riding

When terrain is steep, it can be tempting to hop on the back of a horse or mule. If you do so, make sure that the animals are well looked after with sufficient water, shade, food, and rest built into their daily schedules. Of course, that’s particularly important when temperatures are extreme. The same goes for carriage ride operators. Do your homework and if you’re not satisfied with the answers you receive, choose a walking tour instead.

Dolphin and whale watching tours also need to be approached with caution. Guaranteed encounters may mean that these marine creatures have been enticed with food, which disrupts natural feeding patterns and potentially introduces disease. Swimming with dolphins can introduce stress to the animals — particularly when it takes place in the shallow lagoons where the creatures have come to rest. Choose a responsible boat tour operator or better still, watch from the shore if possible.

The simple act of touching a coral reef to see what it feels like is enough to kill it and by extension, the marine life that calls it home. Oils from your skin — especially sunscreen — can have a detrimental effect. Hawaii just passed a law banning oxybenzone and octinoxate, which scientists believe causes coral bleaching. The law will come into effect in 2021. Also, avoid sunscreen containing titanium dioxide, which reacts with warm seawater to create harmful hydrogen peroxide.