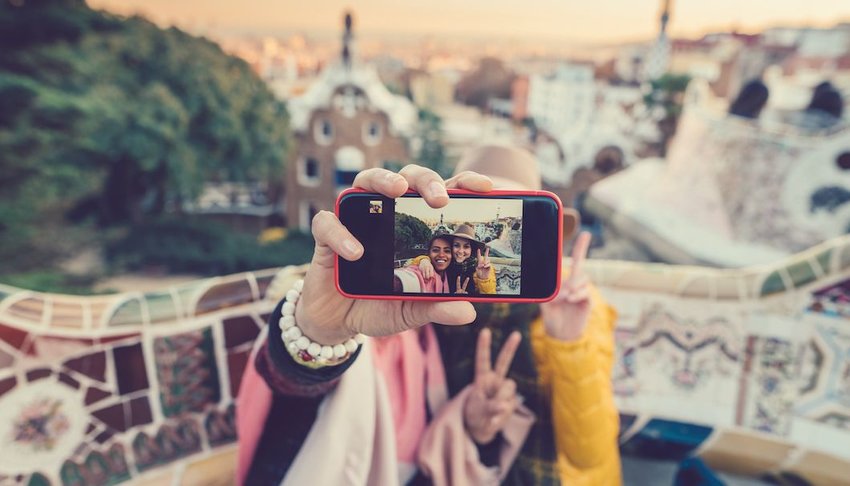 How to Avoid Being THAT Tourist

There’s one on every trip. In every destination. You know who we’re talking about — that fun-loving, carefree traveler who’s talking loudly, acting carelessly, or calling attention to themselves in a negative fashion. Making others cringe and turn away likely isn’t their goal and they probably don't even notice they're being disruptive. You can’t control another tourist’s behavior, but fortunately, you can control yours. Avoid being that tourist by following these tips.

If you’re heading to a national park, temple, museum, monument, or memorial, there are likely posted rules somewhere near the entrance. Take a minute to learn what’s acceptable and what’s not. You might observe “no smoking” signs, “don’t walk on the grass” warnings, or “no camera or flash photography” requests. Don’t be the person who thinks they’re above the rules. They apply to everyone. If you decide to play the rebellious tourist, be prepared for sideways glances, dirty looks, and potentially being escorted off the grounds.

Keep Your Voice Down

Americans have earned a reputation for being loud, rambunctious, and obnoxious tourists. Fight the stigma by being aware of the volume of your voice — especially when touring indoor attractions where noises seem to increase tenfold. Additionally, keep the profanity to a minimum in public and save it for an appropriate setting. Express yourself and do you —just be aware of your surroundings!

Everyone loves to cut loose on vacation, which is perfectly acceptable. Go out, have fun, drink rum on the beach, sip craft cocktails at sky bars, and have a little vacation fun. Just stay coherent enough to make it back to your hotel without causing a major scene, getting in a fight, or falling flat on your face.

This is a big one. As a visitor to a foreign country, it’s imperative that you know your destination's customs, culture, and religion. Did you know it’s disrespectful to point the bottom of your foot at someone or make that “come here” motion. These are considered rude gestures in Thailand and unaware tourists may inadvertently offend locals by using them. Avoid tension and read up on the “dos and don’ts” of a country before you start sightseeing.

A country’s religion should also be respected at all times. Sometimes this means covering your legs and shoulders, while other times it means wrapping a scarf around your head to hide your hair before entering a religious building. It might not be what you do at home, but make sure you do your best to follow the house rules when traveling.

Would you stroll into a 7-Eleven convenience store at home barefoot, covered in sand, and sporting your neon pink bikini? When I lived in Thailand, I witnessed tourists walking around in swimsuits in environments where it was considered highly inappropriate. One especially cringe-worthy time that I’ll never forget was when a young, string bikini-clad British girl was buying alcohol at the local store from a Muslim clerk who was covered from head to toe. The clerk looked totally embarrassed and uncomfortable — almost as much as I was for this fellow traveler. Although you might be on the beach vacation of your dreams, make sure you wear shirts, sundresses, and shoes in public places.

Who doesn’t love a good selfie? Although I’m guilty of it myself, I can’t help but hypocritically roll my eyes when I see tourists swing their selfie sticks around and snap a shot of the same thing from 14 different angles. It's relatively harmless until you start sporting silly faces at a mass grave site (I once witnessed this at the Killing Fields in Phnom Penh). If you must break one of these rules, make sure it's not this one!