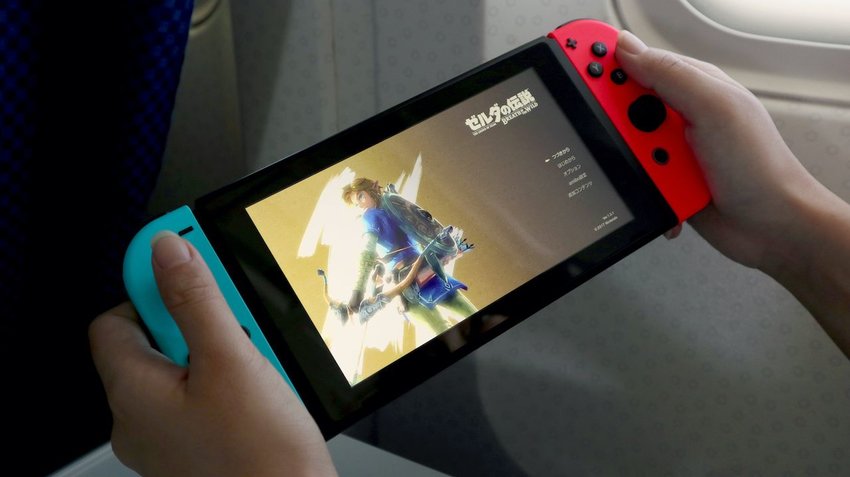 I’ve played a lot of Nintendo Switch, and I’ve done so 100% in handheld mode. The Switch got me through a year of frequent New York to London flights, and while the ergonomics of Nintendo’s stock Joy-Con aren’t nearly as bad as I expected, HORI’s Split Pad Pro delivers game-changing comfort.

The Split Pad Pro is for handheld mode only, and doesn’t include HD rumble, an IR camera, or any motion sensing capabilities. What it does do is deliver the full-size controller experience to portable Switch play, with standard sized analog sticks, a good D-pad, and pretty good shoulder buttons. The Pro also packs in turbo functionality, and button assignment, including to the two extra triggers on the back.

The HORI Pad is officially licensed by Nintendo, and while its red accents are intended to evoke its tie-in with Daemon X Machina, I’d call this an unbranded accessory. On one flight after I plugged my Switch into the in-seat power, attached my Split Pad Pro, and added my RHA Flight Adapter to pair the Switch’s audio to my AirPods Pro, my seatmate just stared at me waiting to see what I was going to pull out of the bag next.

The HORI Split Pad Pro is the only dedicated Switch accessory I’ve tested that I continue to use, and also the reason I didn’t “upgrade” to the Switch Lite. I’m hoping that whatever form the rumored “Switch Pro” takes, it’s either compatible with the Split Pad, or gets a similar accessory released for it quickly.