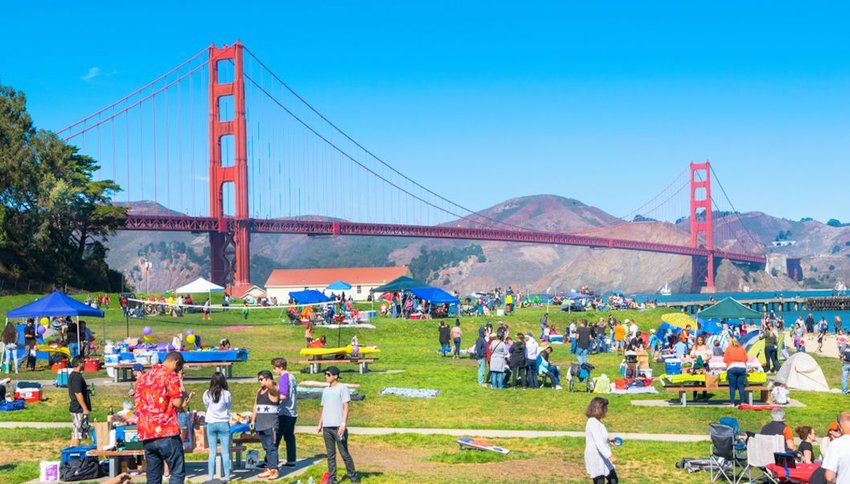 7 Holidays Only Celebrated in the U.S.

Americans love a good holiday — especially when it means time off of work or a long weekend. From the somber to the outlandish, each year is filled with a variety of opportunities to come together, celebrate, share, and (usually) shop. Here are some of the biggest holidays only celebrated in the good ol’ U.S. of A:

Patriotic sentiments soar, and houses done up with red, white, and blue brighten neighborhoods during the ever-popular Independence Day. Better known as “The Fourth of July,” summer’s most anticipated holiday combines backyard BBQs, concerts, parades, and fireworks. But while the present-day holiday is lighthearted and fun, the Fourth of July marks a pivotal time in U.S. history.

America gained independence from the British after the hard-fought Revolutionary War, but sovereignty was declared much sooner. Independence Day commemorates the day in 1776 when the Continental Congress officially adopted the Declaration of Independence, which was drafted by a five-man committee including Thomas Jefferson, John Adams, and Benjamin Franklin.

The first Fourth of July festivities were not unlike those celebrated by many Americans today. Concerts, bonfires, and parades were the norm, and George Washington even issued a double ration of rum to his soldiers to mark the occasion!

Famed activist and minister Martin Luther King Jr. inspired the masses as a spokesperson for civil rights in the 1950s and ’60s. Martin Luther King Jr. Day encourages Americans to honor a man who paid the ultimate price for his cause. The assassination of MLK in 1968 was a devastating loss for civil rights supporters, and 15 years after his death, Congress passed a bill to make his birthday a federal holiday.

Recognized as a more somber holiday, Martin Luther King Jr. Day is always held on the third Monday of MLK’s birth month. Celebrations include service projects —enabling people to give back to their communities as King once did— as well as events, tributes, and marches.

A bizarre ritual not celebrated anywhere else, Groundhog Day informs anxious Americans how the seasons will play out over the next six weeks. The annual event involves thousands of onlookers who travel to Punxsutawney, Pa., for the much-anticipated verdict, and men in top hats who march two miles out of town to watch Punxsutawney Phil emerge from his burrow. If Phil sees his shadow, another six weeks of wintery weather is in the cards. If he doesn't, spring is on its way. Most Americans take this forecast with a hefty grain of salt; Phil allegedly has only a 40 percent success rate.

Originally created in memory of George Washington, whose birthday is February 22, Presidents Day is now seen as a time to celebrate all U.S. Presidents. However, history tells us that this holiday was instituted specifically to honor our nation’s first leader. Washington was the first American individual to have a holiday named after him. (Martin Luther King Jr. was the second.) In true American fashion, there are typically plenty of “Presidents Day Sales” and shopping deals.

Thanksgiving is not just an American holiday; the idea of feasting to honor the annual harvest takes place in nine other countries. However, for Americans, Thanksgiving refers to a specific event deeply rooted in history. We are taught that the first Thanksgiving took place when the pilgrims rejoiced and shared a huge feast with the Native Americans after their first successful harvest in the New World. Many are skeptical of these details; however, Thanksgiving continues to be one of the biggest holidays in the U.S.

And what’s an American holiday without a sale? Black Friday — traditionally the day after Thanksgiving — was first used to describe the overwhelming amount of pedestrian and vehicle traffic that flooded Philadelphia the day after the holiday. Although it held negative connotations, store owners took ownership of the phrase and applied it directly to their businesses. In accounting terms, “in the red” refers to the red pen accountants used to record losses. If the number was recorded in black ink, it indicated a profit. Black Friday became known as the biggest shopping day of the year, a day on which most businesses would turn a huge profit, recorded in black.

Black Friday is now a worldwide phenomenon, but no country comes close to taking it as seriously as Americans.

Last Monday in May

The outdoor beckons with sunshine and blue skies, and flowers start to peek through the soil as winter finally loosens its grasp. By May, the long-awaited spring has sprung, and Americans can’t wait to get outside. That’s why so many people use Memorial Day as an opportunity for a quick three-day getaway, or as a way to usher in summer with a backyard party. Both are acceptable ways to celebrate the long weekend, but Memorial Day is much more than a work-free Monday.

Memorial Day was designated after the Civil War to honor American military personnel who fought and died while serving their country. Americans celebrate these brave men and women and keep their memory alive by visiting cemeteries or memorials, gathering with family and friends, and participating in parades.

Many countries celebrate Labor Day in some way, but Canada and the U.S. are the only ones to reserve the first Monday of September. Labor Day was born during the labor movement in the late 19th century, as a way to pay tribute to hardworking Americans. Many interpret this three-day weekend to symbolize the end of the summer season. For this reason, it’s a big travel period as people try to enjoy every moment of summer’s dwindling days.