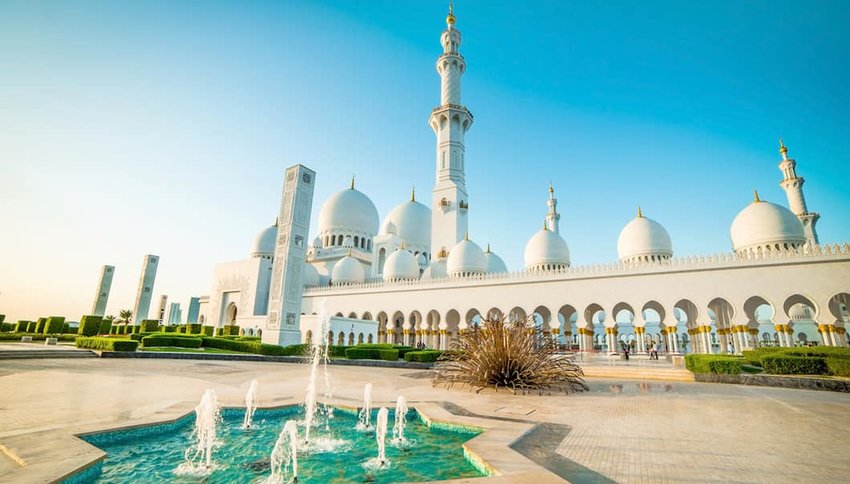 The 3-Minute Guide to Ramadan

Ramadan (sometimes spelled Ramadhan or Ramazan) is one of the most important Islamic holidays. It marks the holiest time of the Islamic year, during which Muslims focus the majority of their energy on their faith.

If you plan to travel to a Muslim-majority country during Ramadan or just want to know more about its significance, read our 3-minute guide of Islam’s most celebrated holiday to get you up to speed and out the door.

What Happens During Ramadan?

During this sacred month, Muslims typically fast between dawn and sunset, abstain from sinful behavior (like smoking, fighting, gossiping and sexual activity) and center their concentration on prayer and committing charitable acts. Muslims believe that by practicing one of the 5 Pillars of Islam (fasting during Ramadan), it allows them to grow closer to God.

Note: Those who are elderly, sick, pregnant, nursing or menstruating are not required to fast. Children who have not reached puberty are also exempt, although some still participate.

What Is Being Celebrated?

Muslims celebrate this month because they believe it was during this time that the Quran was revealed to Prophet Muhammad.

Ramadan commences in the ninth month of the Islamic calendar and lasts for roughly 29-30 days (depending on the moon cycle). For 2019, this means Sunday, May 5 through Tuesday June 4. Eit-al Ftr is the joyful celebration that marks the end of Ramadan. The festivities typically last a few days. During this time, families and friend congregate to partake in special prayers and then break the month-long fasting period with a giant feast.

As with any religion, the significance of a holiday means more to some than others. However, you can usually expect some degree of observance from most Muslims.

Ramadan is celebrated in some capacity in all Muslim-majority countries such as those in northern Africa (like Morocco, Tunisia, Egypt), the Middle East (like Turkey, Iran, Pakistan, U.A.E., Saudi Arabia) and southern and eastern Asia (like India, Malaysia, Indonesia and parts of southern Thailand). In some conservative countries, Ramadan rituals are strictly enforced by law while other countries take a more flexible approach.

What Does It Mean for Travelers?

If you don’t practice Islam or you’re not in a Muslim-majority country, then Ramadan won’t really affect you. But if you plan to travel to a country that's observing the holiday, then there are three very important things to keep in mind.

Non-Muslims and foreigners are not necessarily held to the standards of Ramadan, but understanding that you are a guest in another country during a sacred time is of the utmost importance.

For example, eating in public should always be done discreetly. When possible, eating privately (at home or in a hotel room) is best. Loudly enjoying a meal in a public place might be seen as disrespectful. In some more conservative countries, like Pakistan, Saudi Arabia and the United Arab Emirates (UAE), it’s forbidden for Muslims to eat in public at all. You may even have trouble as a foreigner in these countries. There are, however, exceptions. In Dubai, for example, foreigners may be invited to eat behind designated screened-off areas and police state that they will issue a warning to foreigners eating in public before criminal action is taken.

Public drunkenness is especially frowned upon and would likely upset many who are observing the holy period. It’s also worth noting that alcohol may not be sold during daylight hours or at any time during Ramadan (it depends largely on the country). If drinking alcohol is a priority, traveling during Ramadan is not really advised.

Lastly, ensure your clothing is not too tight or revealing when you are out and about. Avoid showing skin by covering the shoulders and knees.

Bottom line: In general, acting loud, rude, unruly or indulging in public should be avoided out of respect for the locals, many of whom will be fasting and praying multiple times a day. Disruptive behaviors from foreigners (or anyone for that matter) may cause tension, irritation or anger.

During Ramadan, restaurants, businesses and public transportation are all affected.

Even if you don’t have plans to fast, you may find yourself with little to eat during the day. Many restaurants are shut during daylight hours (the fasting period) because people are resting, praying, and of course, not eating or drinking. The fast is broken at sunset with a sip of water and a few dates. After this nightly ritual, some shops and restaurants may re-open, however, some will remain closed or keep unofficial (random) hours. On the other end of the spectrum, you may witness that some cities, like Istanbul, experience a lively, post-sunset atmosphere. It all depends on the country you’re visiting.

Large cities will likely have more options in terms of open restaurants during the days and evenings. As you move farther away from touristy areas, however, you may struggle to find a place to eat. If you’re in a very conservative country or a small town, stock up with food and snacks at the grocery store.

Additionally, many tourist attractions may have limited hours or may not be open at all. If you’ll be disappointed if you can’t cross some items off your bucket list, consider rescheduling your trip.

The same goes for public transportation. Buses and trains may operate on adjusted schedules or may not come at their scheduled times. This can be frustrating, but it’s more tolerable if you have a flexible schedule.

TIP: Plan your accommodation and transportation ahead of time if you’re traveling during Ramadan. “Winging it” in a country that isn’t operating at full capacity could present obstacles.

Remember that you will be interacting with many people who haven’t eaten or swallowed even a sip of water all day. If someone is late, slow with their service, or moody, don’t make it into a big deal and don’t take offense. It likely has little to do with you and more to do with their low energy and blood sugar levels.

Bottom Line: If you’re pressed for time, don’t have a lot of wiggle room in your itinerary, and aren’t willing to be flexible with your agenda, traveling during Ramadan may not be the right choice.

However, if you can go with the flow, keep an open mind, give up a few conveniences (like eating where and when you prefer), and want to witness a genuine slice of culture, it could be a very rewarding experience. The choice is yours!