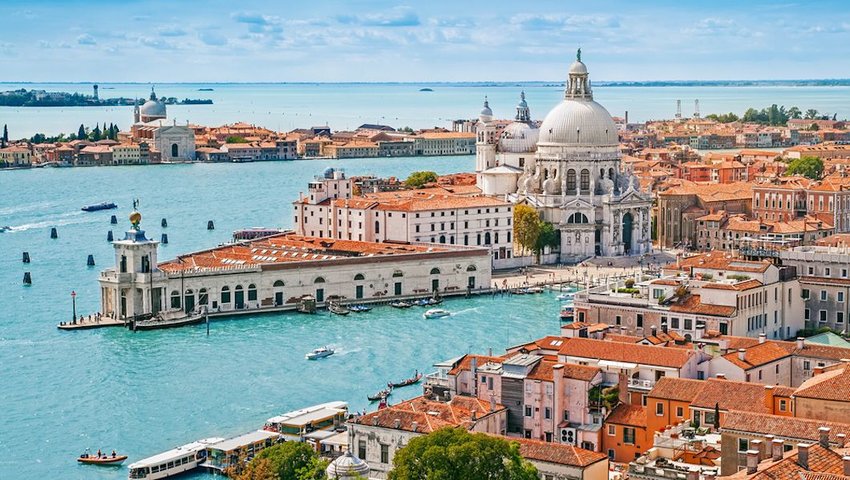 Return to the Golden Age of Travel in These Destinations

Nostalgia tourism is big business. The Golden Age of Travel conjures up images of romance, adventure, and luxury. And while today's travel delivers on convenience and accessibility, there's something about those bygone days that is so alluring. If you’re keen to return to the Golden Age of Travel, these are the destinations to set your sights on.

Recreate the Grand Tour With a Trip to Italy

The Grand Tour was a 17th- and 18th-century rite of passage for the landed gentry. After finishing university, well-heeled Englishmen set off in search of art, culture, and enlightenment on a journey that educated them about ancient civilizations and the treasures of the Renaissance. Follow in their privileged footsteps with a stay in the delightful city of Florence for the Uffizi and the Galleria dell'Accademia, Pisa for the Piazza dei Miracoli, and of course, Rome for its historic landmarks such as the Colosseum and Roman Forum. Although the Grand Tour typically lasted for months or sometimes years, modern high-speed transport makes it easy to condense such an itinerary into a couple of weeks.

Take the Orient Express to Venice

When it began service in 1883, the Orient Express first carried passengers from Paris to Vienna. The route was quickly extended, first to Giurgiu in Romania and then to Constantinople (Istanbul). The train soon became synonymous with extravagant indulgence. Today, the Venice Simplon-Orient-Express, operated by luxury operator Belmond, follows a similar route and terminates at Italy’s most captivating city, Venice. The opulent interiors of the vintage carriages from the 1920s hark back to the Golden Age of Travel with wood paneling, luxurious upholstery, and five-star service. In Venice, stay at the effortlessly elegant Belmond Hotel Cipriani on Giudecca Island or book a room at the intimate Gritti Palace right on the Grand Canal.

Famous for its havelis, forts, and elegant palaces, the northern Indian state of Rajasthan contains many heritage properties that have been opened up for tourism. They boast exquisite antique furnishings, elaborate carvings, and colorful artwork as well as fine dining restaurants and luxurious spas where pampering is standard. Outside the palace walls, prepare for an assault on your senses as you come face to face with the sights, sounds, and smells of modern India. The pink city of Jaipur has just been granted UNESCO World Heritage status and it’s hard to imagine a better place to recreate the past.

Relax on the Beaches of Beautiful Biarritz

Chic, sophisticated Biarritz located on the French stretch of the Bay of Biscay, captured the imagination of Europe’s royals in the 19th century and has been in vogue ever since. Dubbed the “Queen of Resorts and Resort of the Kings,” this elegant seaside town also entertained the likes of Coco Chanel, Winston Churchill, Pablo Picasso, Frank Sinatra, and Ava Gardner. Stay at the Hôtel du Palais Biarritz overlooking the Grande Plage, which was built for Empress Eugénie de Montijo by her husband Napoleon III, or one of the splendid Art Deco hotels such as Le Régina Biarritz, which was built in 1907. Drink tea at the Miremont where pastries and sweet treats have been satisfying customers since 1872.

Immerse Yourself in Cultural Salzburg

Wandering the characterful lanes of the Altstadt, today’s visitors see Salzburg more or less as Mozart would have seen it a couple centuries ago. The great composer was born in 1756 on the Getreidegasse, and would have been familiar with the elegant townhouses, Baroque churches, and pretty fountains that grace the city today. Festival season provides a fitting soundtrack with classical concerts, opera performances, and plays to entertain the cultured and the curious. If you’re looking for somewhere historic to stay, you don’t have to stray far. The Goldener Hirsch has been welcoming guests for centuries.

Gaze Over the River Nile at Aswan

Built by Thomas Cook in 1899, the Sofitel Legend Old Cataract Hotel is perhaps Egypt’s most famous heritage hotel. Novelist Agatha Christie loved to stay there and based her book Death on the Nile there. She’s not alone among famous guests either. Over the years, the hotel has attracted statesmen, royalty, and celebrity guests including Princess Diana, Tsar Nicholas II, Jimmy Carter, and Winston Churchill. Howard Carter, who was famous for rediscovering Tutankhamen’s tomb, also stayed there. Enjoy a glass of hibiscus tea on the terrace overlooking Elephantine Island and watch feluccas glide into the sunset as they would have done when the hotel first opened.