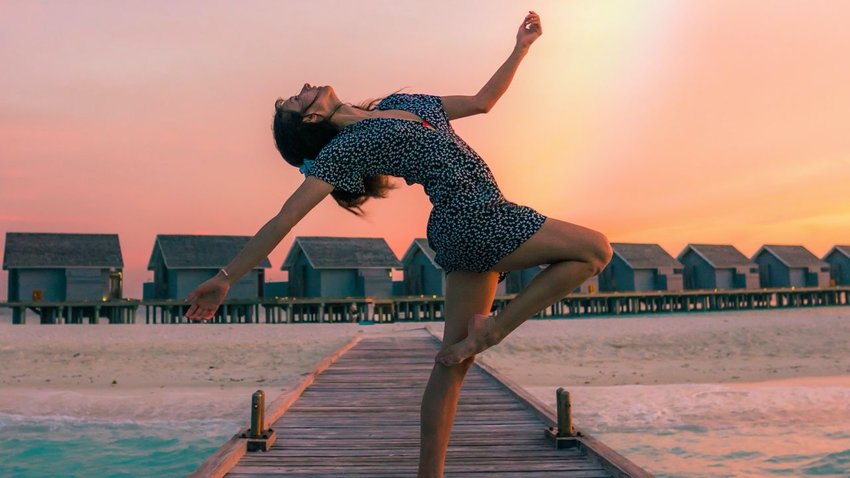 Explore the World With a Global-Inspired Playlist

While you can’t travel around the world, there’s no reason why the world can’t come to you. Music is a great way to get to the heart and soul of the places we visit, so why not create a global-inspired playlist to keep you going until your next vacation? Here are a few suggestions from around the world to get you started.

Don't have a music streaming account? You can currently get your first three months of Amazon Music Unlimited for free, if you're a new member.

American guitarist Ry Cooder and German filmmaker Wim Wenders brought Cuba’s most famous ensemble to the world’s attention in the late 1990s, but their music never dates. It brought long overdue recognition to some of Cuba’s finest musicians, among them Ibrahim Ferrer and Eliades Ochoa. Chan Chan is the album’s opener, written by legendary singer Compay Segundo. Close your eyes and this beautiful example of son cubano will transport you to the isle of swaying palms, classic cars and aging mansions.

Rolling Stone magazine once wrote of Youssou N’Dour: “He's undoubtedly one of the most beloved artists in the entire continent of Africa”. The veteran Senegalese singer has a distinctive sound that you might remember from his 1994 crossover hit 7 Seconds with Neneh Cherry. Immigrés has an infectious, toe-tapping beat that complements N’Dour’s vocals perfectly and shows just why his popularity has endured for so long.

The UK: London Calling by The Clash

London’s vibrant music scene has attracted visitors for decades, but long before Cool Britannia became a marketing brand, musicians were doing their thing in the British capital. Among them was The Clash, who recorded this post-punk anthem back in 1979. A protest song about food shortages and nuclear war, it’s nevertheless morphed into London’s signature tune. Thanks to the title, inspired by the BBC’s wartime call sign, it even made the cut as the promotional tune used in the run up to the 2012 Olympics.

It’s ironic, when you come to think of it, that one of the most Argentinian-sounding tangos of recent years is actually the work of a Parisian-based band. Gotan Project consists of the exceptionally talented Argentinian Eduardo Makaroff, Christoph Müller from Switzerland and Frenchman Philippe Cohen Solal. This atmospheric tune is from their 2001 album La Revancha del Tango. If it sounds familiar, it featured in the Jennifer Lopez and Richard Gere movie Shall We Dance?, released 3 years later.

Bollywood is big business, and the songs that feature in its most successful films are guaranteed to be hits. Badtameez Dil, from the 2013 movie Yeh Jawaani Hai Deewani, is one such track. A high energy dance number with catchy lyrics and the kind of tune that quickly becomes an earworm, this is the kind of song that keeps you going back for more.

The Eurovision Song Contest is addictive viewing when it is televised annually. The performances are fun, offbeat and often just plain daft, but it’s rarely an outlet for listenable global sounds. But in 2017, an unassuming young man named Salvador Sobral walked onstage to achieve Portugal’s first win and the highest scoring entry in the contest’s history. Frail Sobral blew the audience away with this haunting love song that channels the same melancholy as the national sound, fado.

They’ve famously collaborated with artists such as Paul Simon, Dolly Parton, Josh Groban, Emmylou Harris and Melissa Etheridge, but Ladysmith Black Mambazo are superstars in their own right. This soulful choral group were formed by the late Joseph Shabalala in 1960 and have been a powerful presence ever since, bringing Zulu isicathamiya harmonies to a global audience. Listen to Inkanyezi Nezazi (The Star and the Wiseman), one of their greatest hits, and you’ll see why.

Acclaimed Japanese composer Ryuichi Sakamoto is responsible for the soundtracks to Merry Christmas Mr. Lawrence, The Sheltering Sky, The Last Emperor and The Revenant. Much of his work is orchestral, relying heavily on the violin and piano to create soothing, restful tracks. Okinawa Song is different, heavily influenced by the electronic music genre with an unmistakably Japanese vocal and the sound of the sanshin, a traditional instrument from the country’s most southerly islands.

Cumbia is the perfect sound to raise your spirits. This lively Colombian rhythm makes you want to dance even if you have two left feet; at the very least you’ll be shimmying in your seat while you listen to this track. In France, La Colegiala was his biggest hit, thanks to its use in a Nescafé coffee commercial, but Tabaco y Ron’s brass refrain and catchy guacharaca percussion is hard to beat.