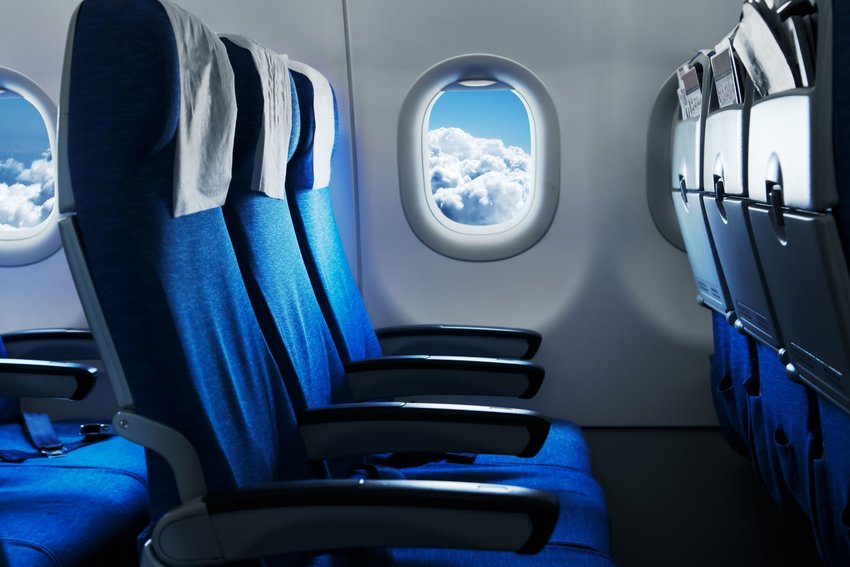 We've all been there: You booked your flight later than you meant to and got stuck in the middle seat. Now you're in for hours of limited leg room and fighting for at least one arm rest.

A new startup is hoping to make the  middle-seat experience considerably more pleasant with a new design called the S1. This model is 3" wider than the aisle and window seats and situated a few inches behind them, creating a staggering effect that manages to give all three passengers more room. Here's a brief demo:

The S1 is the brainchild of Colorado-based Molon Labe Seating, whose design also includes a smartphone/tablet holder, latchless table, and individual USB ports. The main selling point, of course, is the fact that the middle seat is further back than the two it's sandwiched between — it's almost a wonder no one thought of it before.

"That little bit of stagger means that every single person gets to spread out a little more," Hank Scott, Molon Labe's founder and CEO, recently told CNN. "No seats are any smaller, one seat ends up being wider, and we've solved the elbow wars."

As for that war, the armrests are different as well. The S1's are higher in the front and lower in the back, meaning that the middle passenger can rest his or her arms on the back portion while the other two make use of the front. Molon Labe designed the seat with short domestic flights in mind but is currently at work on a variant that will allow for larger TV screens in the back of seats in addition to more padding.

It could be a while before you see one, however. The Federal Aviation Administration certified the S1 in June, and Primus Aerospace is at work manufacturing them. According to Scott, the seats will be available on two airlines — one of which is based in North America — by April or May of next year. Until then, keep booking early to ensure you get your favorite spot.