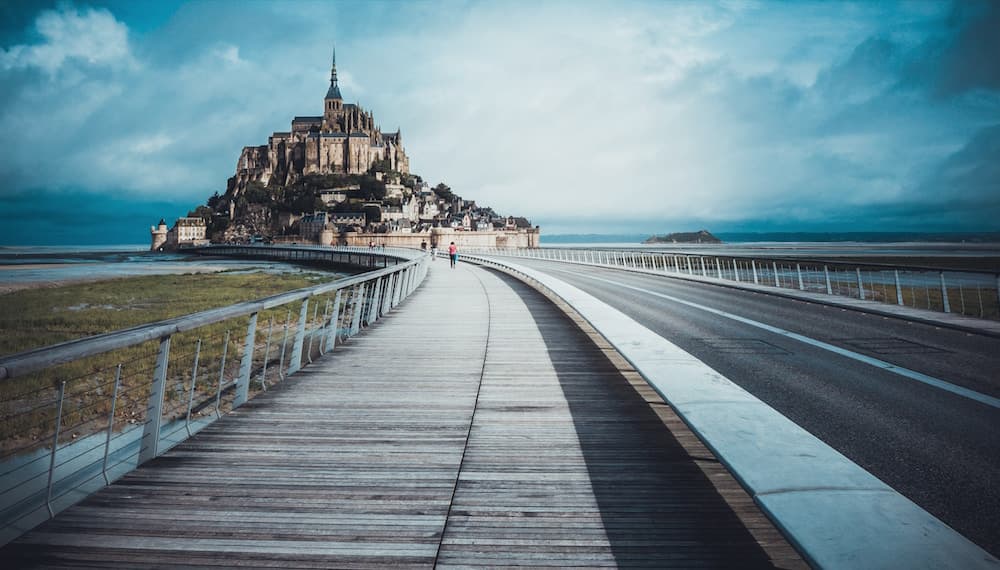 Fairytale Destinations To Make You Swoon

In a world focused on innovation and technology, sometimes you have to step back and enjoy the places that refuse to keep up with the times. From Dracula's hangout to a lonely sea fortress, these castles have stood for hundreds of years, maintaining their cobblestone streets and fortifications through wars and centuries of tourists. They've aged so well, that we're convinced magic must be real in these corners of the globe. Check out these fairytale destinations that will bring out the romantic in you.

Dracula’s crib is now open for visitors.  Erected in the 1200’s, this Romanian fortress was built to defend Transylvania’s southeastern border from intruders. Successful in that endeavor, the castle was attacked from the inside when the infamous Vlad Dracul, The Impaler attacked in 1459. Burning the suburbs to the ground because its occupants showed support for his rival, Vlad helps us see the upside to democracy. Now, touring this castle is a must for any history buff or castle lover passing through Vlad's old stomping grounds.

Standing proud despite its seemingly cursed history, the Heidelberg Castle in Germany was destroyed for the first time during the Thirty Years War and again by the French in the 17th century. Its turbulent life made it the mismatched charmer it is today; featuring a handful of different architectural styles and a resilience that couldn’t be taken away by lightning strikes, commoners looking for building materials, or armies.

Located on a small island off the coast of France, Mont Saint Michel is an architectural masterpiece untouched by time. Partially carved into stone, a labyrinth of streets surrounding the castle transport you back to the feudal society of ancient times. A monastery, great halls, and the original dungeon are guarded by the fortress's looming walls that once protected it from conquerors during the 100 Years War.

One hundred buildings joined together over time to create the picturesque castle that is Château de Chillon. This fortress is nestled between Lake Geneva and the Swiss Alps, and stands on a rocky island. Excavations in the 19th century confirmed that the castle has been occupied since the Bronze Age, controlling passage between northern and southern Europe. This peaceful post was never taken by force, allowing it to retain its original beauty and history.

Japanese royals built this castle in the 16th century and it has been ruled by 23 lords. Because this castle was built on a plain, (not the most secure place for a fortress) intricate defense precautions were put in place. Moats, elaborate walls, and gatehouses protected those inside and earned it the nickname “crow castle” because it appears as if the walls could help it take flight.